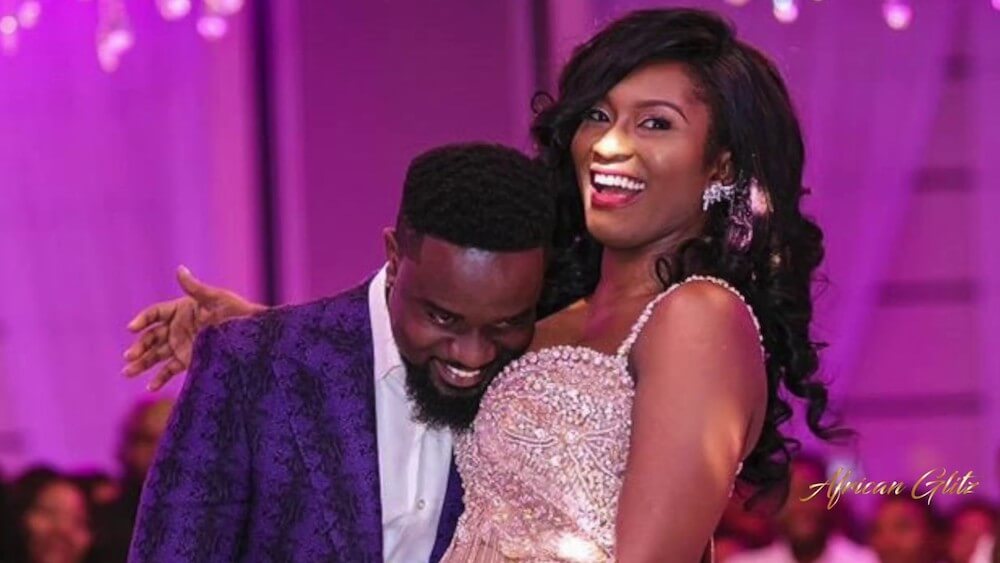 Ghanaians have jumped onto the neck of the wife of Ghanaian rapper Sarkodie, Tracy Sarkcess, for being too dumb to post on social media.

Twitter users roasted Tracy after she posted a tweet complaining about being kept locked up in quarantine and not being allowed to do anything.

According to her, even prisoners have more freedom than she and her family are getting since being quarantined upon their return to Ghana from the United States.

“It’s been a week now since we went into quarantine. We’ve been stuck in ē 4corners of our room with 2kids 24/7. We’re not allowed even in ē yard of ē hotel for fresh air or walk around. It doesn’t feel healthy mentally & physically. Aren’t prisoners even allowed 30min a day out?” she tweeted.

Ghanaians immediately jumped on her neck and roasted her for being too entitled and expecting to receive special treatment just because of her husband.

“You are not different from other guys who pass through the same process Offlate you dey talk too much,” one social media user fired at her.

Another called her too dumb:

“I think Sarkodie should ban you tweeting? Most of your tweets the sense % is too low,”

I think Sarkodie should ban you tweeting?
Most of your tweets the sense % is too low

Continue Reading
You may also like...
Related Topics:quarantine, Sarkodie, self isolation, Tracey Sarccess