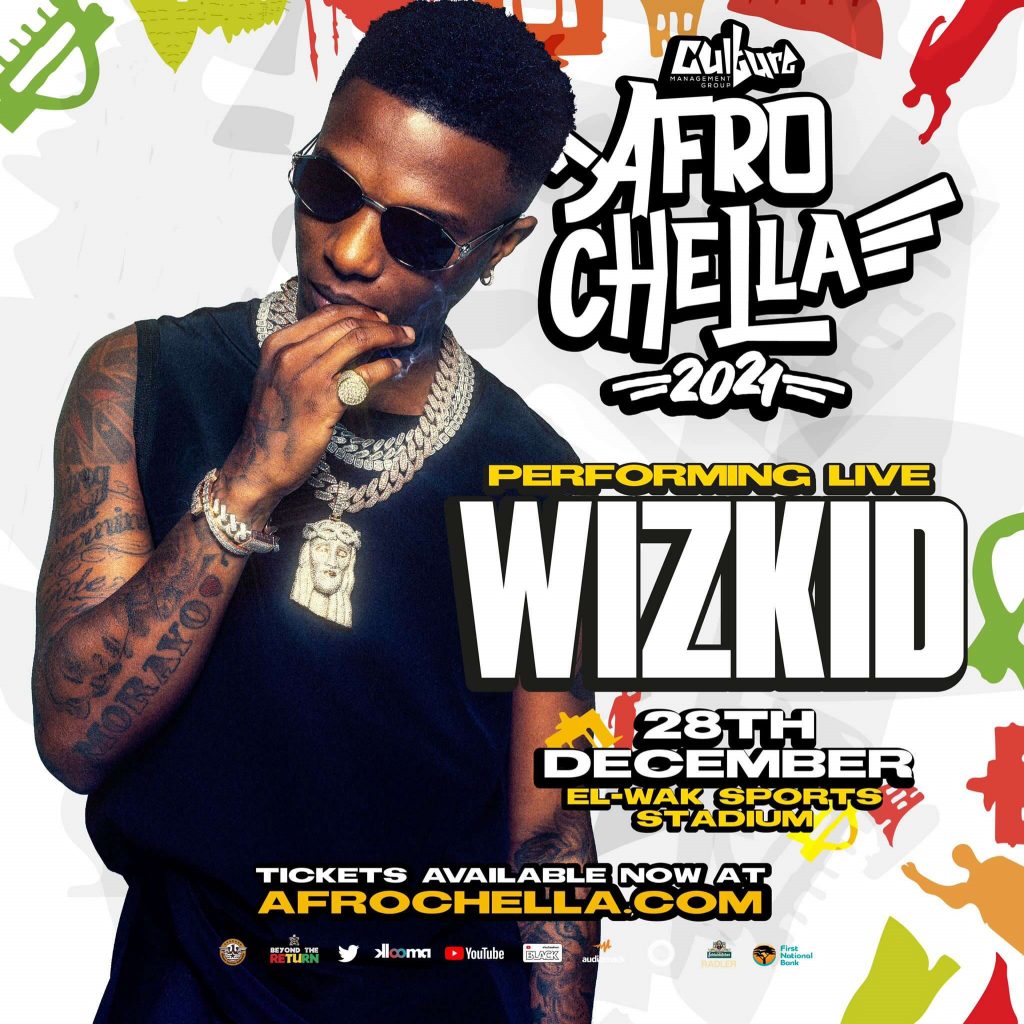 Organizers of Afrochella have landed a partnership deal with YouTube.
Afrochella partners with YouTube for 2021 concert [Afrochella]
The collaboration will see YouTube Music joining forces with Afrochella to amplify Black voices on the continent through its Future Insiders program for aspiring music professionals.

Culture Management Group and YouTube Music announced the collaboration in a press release detailing that “this one-day in-person event will be hosted at the Afrochella Music Museum on December 27th at 12 pm GMT located at BBnZ Live”.

The press release further reads that: Future Insiders is one portion of the Music Community Pillar of the Black Voices Fund creating opportunities for exposure and learning for young people across the globe. To date, Future Insiders has partnered with community-facing organizations in New York, Los Angeles, The Bay Area, Rio de Janeiro, Houston, Atlanta, London, Lagos, and now Accra.

In an effort to help amplify the next generation of Black voices, the Future Insiders program aims to give young professionals who are interested in a career in music and technology the opportunity to learn hands-on skills from legendary musical professionals and industry experts. During the event, there will be two production masterclasses, held in recording studios, on the Art of making beats with Ghanaian producers, Juls, and Guiltybeatz.

In addition to production masterclasses, aspiring professionals will also have the opportunity to hear from guest speakers during a three-part panel series. The panels will offer the audience insight into a range of musical topics which will include:

● Future Voices of Africa: A rich conversation with the next generation of

voices and leaders in African music.

● A Queen Leads: A session spotlighting the innovation and creativity led by

women in the music industry.

● The Diaspora Effect: A discussion about the diaspora’s effect on the growth

Abdul Karim Abdullah, CEO & Co-Founder of Afrochella, commenting about the partnership said “we’re so proud to join #YouTubeBlack to bring musical education resources to Ghana. With the help of this program, we can continue to inspire and influence the next generation of young African artists”.

“Afrochella has always been a platform that elevates up and coming creatives and through this collaboration, we’ll be able to continue this impactful work in new and meaningful ways,” he added.

According to Addy Awofisayo, Head of Music, Sub-Saharan Africa, YouTube, his outfit is “excited to bring together the meaningful work of the #YouTubeBlack Voices Fund with The Culture Management Group’s long-standing efforts to support the artistic aspirations of African creatives,”

“Afrochella has long been a beacon of light for young talent in Africa and we are thrilled to partner with them to further strengthen our commitment to empowering the next wave of Black voices,” he concluded.

Wizkid to perform at Afrochella 2021

The popular African music carnival hosted in Accra, Ghana will come off this year in December with a series of mini-events. The show did not come off last year due to the outbreak of the COVID-19 pandemic.

This year’s show has themed “Made in Africa” Afrochella Festival 2021 will happen with a series of mini-events in December with its mega show to be staged at the El Wak Stadium in Accra, Ghana on December 28th from noon till late.

Nigerian superstar, Wizkid, has been announced as one of the headlining acts to perform at this year’s show.