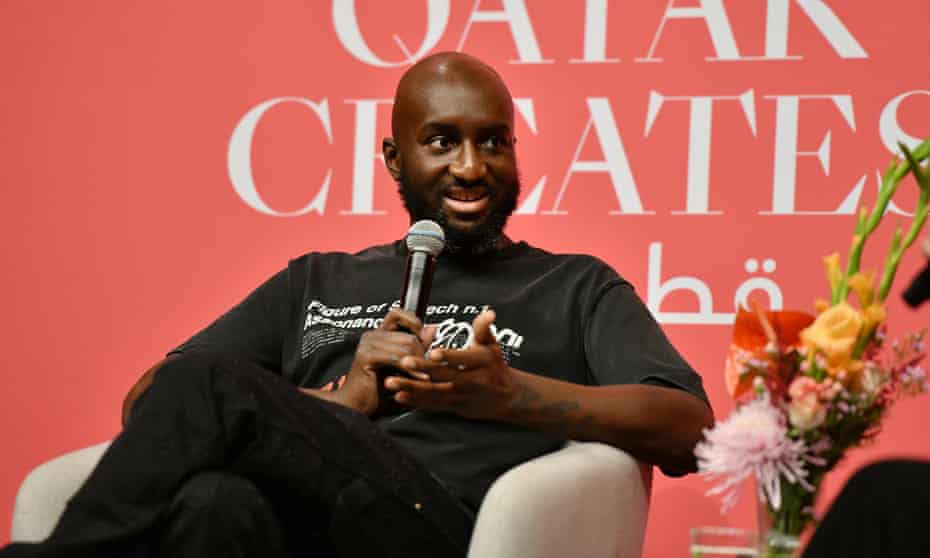 The contemporary fashion landscape owes much of its sensibility to the relentless creativity of Virgil Abloh. The designer, who died from cardiac angiosarcoma, a rare form of cancer, at the age of 41 on Nov. 28 in Chicago, was often hailed as the future of fashion, but there was no denying that his work profoundly shaped the present.

As the founder of the cult brand Off-White and the artistic director of Louis Vuitton’s menswear division, Abloh, a first-generation Ghanaian American, was a trailblazing, outsized figure in the fashion industry—but his influence stretched far beyond the world of clothes.

Abloh’s creative pursuits spanned mediums and defied easy definition; he began sewing as a young boy with his seamstress mother, foreshadowing his future in fashion; he studied civil engineering and received a master’s degree in architecture; he was a renowned DJ on the international party circuit; he was a creative director and close collaborator of Kanye West, helping to create some of the most iconic imagery in music for the past two decades; he made furniture and held exhibits in major museums.

Abloh, who preferred to see himself as a “maker” as opposed to the simple categorizations of being just a designer or a DJ, was a true (and endearingly unironic) multihyphenate. His inspiration ran the gamut from hip hop to classical art; in Abloh’s world, nothing was exclusive and everything could be connected, whether that was melding the spheres of streetwear and high fashion on the runway or bringing skate culture to a gallery by installing ramps that function as benches. By breaking the conventions of what an artist was capable of, he paved the way for a new generation of young creatives who refuse to be limited by a singular classification or job title.

“You put me on, you inspired me, you made me realize one title to a name never mattered, you gave us all the confidence to have a passion for many things all at once,” wrote the skater, model, streetwear designer and Gossip Girl actor Evan Mock in an Instagram tribute to Abloh on Sunday night.

Abloh’s significant influence is as varied as his interests and projects were; below, a look back at his many creative pursuits over the years. 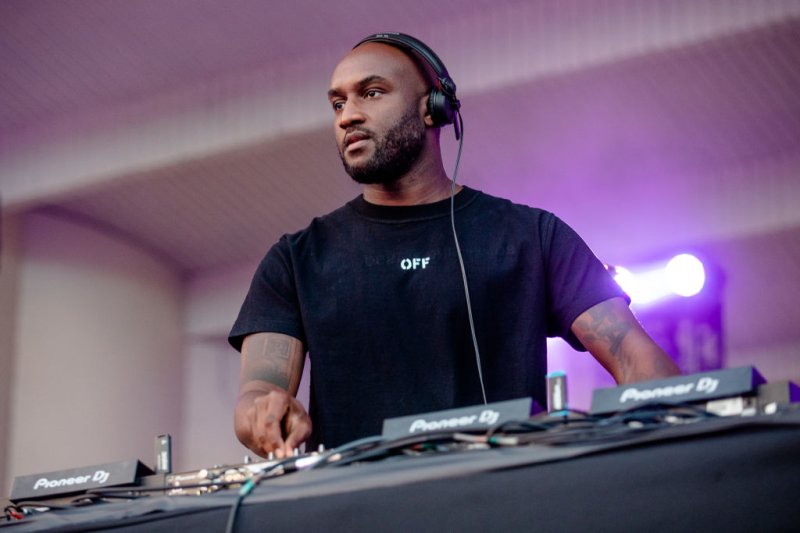 Abloh’s interest in music was piqued as a teenager, when he began DJ-ing house parties. In the early years of his career, he co-founded Been Trill, a DJ and streetwear collective in New York City that soon developed a cult following. As a DJ, he established prominence at festivals like Lollapalooza, Tomorrowland and Coachella, and was known for previewing unreleased tracks from friends like Kanye West and Drake. As he became more involved in the world of fashion, Abloh made the soundtracks for his own runway shows, often releasing them to Soundcloud after the event and DJ-ing his own after-parties. Even after his appointment to Louis Vuitton in 2018, a post he assumed while simultaneously running his own brand, Off-White, Abloh made time for music; he released his first EP Orvnge with producer Boys Noize in 2018 and had his own Vegas residency at XS Nightclub in 2019.

His art direction in the music industry

When Abloh met Kanye West in 2009, at a Fendi internship program they were both attending, it marked the start of a long and fruitful collaboration between the two (West named Abloh the creative director of Donda, his creative agency, in 2010) and helped propel Abloh to his role as one of hip hop’s most trusted creative directors. Abloh was responsible for the cover art for West’s albums, My Beautiful Dark Twisted Fantasy and Yeezus, as well as the collaborative album from West’s G.O.O.D. Music label, Cruel Summer, and his joint album with Jay Z, Watch the Throne, which netted Abloh a Grammy nomination for art design. In addition to collaborating with West, Abloh became a go-to art director for many of his peers in the industry, making album art for everyone from Kid Cudi to 2 Chainz. Abloh also flexed his creative vision with music video direction, going behind the camera for videos like ASAP Rocky’s “Fashion Killa” and Lil Uzi Vert’s “XO Tour Life.”

Abloh’s passion for design also extended to the home and furniture. After founding Off-White, Abloh created Grey Area, an arm of the company that focused on furniture. He also did a number of memorable furniture collaborations, including the popular Markerad collection for Ikea and a three-piece collection with Swiss design company Vitra.

His art and museum exhibitions

“Streetwear in my mind is linked to Duchamp,” Abloh told the New Yorker in 2019, drawing a compelling parallel between the conceptual artist’s philosophy of “readymade” and his own “ready-to-wear” clothing. His designs made clear Abloh’s appreciation for not only art history, but contemporary art. During his lifetime, he collaborated with a bevvy of noteworthy artists, including Takashi Murakami, Jenny Holzer and Damien Hirst. In 2019, Abloh had his first solo exhibition, “Figures of Speech,” at Chicago’s Museum of Contemporary Art, which is now a travelling exhibit; it features selections from his clothing collections, multimedia displays of his fashion shows and displays of his graphic designs.

His noteworthy collaborations and commissions

With his streetwear background, Abloh brought the excitement of a much-hyped collaboration to the world of high fashion and luxury. With Off-White, Abloh collaborated with dozens of premium brands and companies, including Rimowa, Mercedes Benz, the NBA, Levi’s, Moncler, Jimmy Choo, Kith, Timberland and Byredo. His most notable collaborative relationship, however, may have been with Nike, with which he did multiple collections, one of which netted him the “Shoe of the Year” award at the 2017 Footwear News Achievement Awards. With Nike, he also designed competition outfits for Serena Williams. Abloh’s talents were also in high demand by many of his celebrity friends, who commissioned custom work running the gamut from Hailey Bieber’s Off-White wedding dress and veil that read “Till death do us part” in Abloh’s signature irony quotes to Drake’s personal plane that he had Abloh customize with an ethereal blue sky and cloud pattern. Although Abloh’s body of work was often defined by his ability to capture the zeitgeist, his legacy lies in his relentless curiosity and fearless drive to create.

Continue Reading
You may also like...
Related Topics:Featured, Virgil Abloh