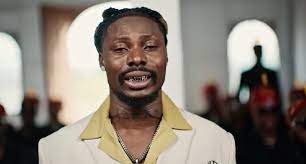 Asake’s London Concert: What happened at the Brixton Academy crush?

Two people have died and one other remains in a critical condition after a crush at a gig in Brixton, south London. How did it happen?

While many details are still unclear, the BBC has pieced together this account from verified social media videos and eyewitness accounts.

Doors at the O2 Academy Brixton were due to open at 19:00 GMT for the show by Nigerian Afrobeats singer Asake. An update from the artist’s Twitter account ahead of the first of a run of shows at the venue promised DJs playing from 19:15 but warned: “Please do not come to Brixton Academy if you do not have a valid ticket.”

It promised the “usual security measures” would be in place.

On Thursday night, a video posted at about 20:00 outside the Brixton Academy showed only a relatively small number of people were gathered outside.

But TikTok user yupitslydia posted a video showing what she said was the scene at 21:17. By that point, a crowd of hundreds was shut out of the venue. “They’re not letting anyone inside and the queue is all around the building,” she said.

Police say they were called at about 21:30. A video uploaded to Twitter at that time shows a large but apparently peaceful crowd completely filling what seems to be one of the small roads by the side of the venue – believed to be Astoria Walk.

“The police have locked off Asake and have left a bunch of people in an alley in the freezing cold,” said the Twitter user, @__93_Mide.

A crush – then the crowd bursts inside

One video shows what it was like right by the locked doors of the venue. Twitter user DammySNM posted it with the message: “They need to close down o2 Brixton.”

In the footage, people are packed tightly up against the doors and appear to be jostling with each other to create space. The crowd surges slightly one way and then the other as people seem to push back.

Outside the venue entrance on the main road, Solomon Smith, founder of Brixton Soup kitchen, films police moving barriers. “Are they helping us or are they blocking us?” He wonders in the footage, posted to Twitter and TikTok later.

Some time later, he films the crowd pressing hard against the doors, which are buckling inwards. Eventually they give way, and the crowd begins to surge inside, with police officers unable to stop them.

The Met said on Monday 19 December that the three people who were critically injured, including the two who subsequently died, were all in the foyer of the building.

The show is stopped

Footage from just inside the entrance shows dozens of people rushing in. Meanwhile, Asake’s performance was under way with several videos showing a large crowd already inside the auditorium.

It is not clear what time Asake took the stage, but several social media posts said he only made it through a couple of songs before the show was shut down.

Using an expletive, Asake announced from the stage that there was trouble outside and they had to end the show.

“I don’t know why. It’s not me,” he said, before leaving the stage.

Someone else walks on to offer a more detailed explanation: “We have to stop the show because they have breached the door. You’ve got 3,000 people who have broken the door, and because of security, the police have asked us to stop the show. It’s for your security, it has nothing to do with us.”

Others make similar announcements and eventually refunds are promised in an effort to persuade the crowd to leave.

As the venue was cleared, a dog was seen running loose among the crowd, prompting rumours that police dogs had been used to disperse people inside the venue.

The Met Police said no police dogs were used in the response, but other footage shows the venue’s security guards with a number of dogs on leads.

Violent clashes inside and outside the venue

The timings and sequence of these events cannot yet be confirmed, but social media footage shows several instances of violence between members of the crowd and police.

One video, which appears to be taken as some people are leaving Brixton Academy, shows someone entering the venue and being wrestled to the ground, kicked and punched repeatedly as they lie on the floor. One of the men kicking him appears to be wearing a high-vis vest.

Another series of videos shows chaotic scenes just inside the venue doors, with a large crowd outside and inside the venue, several people unconscious on the floor and a member of staff appearing to perform chest compressions.

Other footage appears to show one member of the crowd knocked to the ground by others.

Several videos show a woman struggling with police just inside the entrance to the venue, before officers throw her down the steps outside the venue, to screams from a watching crowd.

Met Police Commander Colin Wingrove said an incident when an officer is “apparently seen to push a member of the public” is under review by the directorate of professional standards.

Another video shows a woman on the street outside slapping a police officer in the face, before being wrestled to the ground and restrained.

The Met said one person was arrested on suspicion of assaulting a police officer during the incident.

Continue Reading
You may also like...
Related Topics:asake, Featured