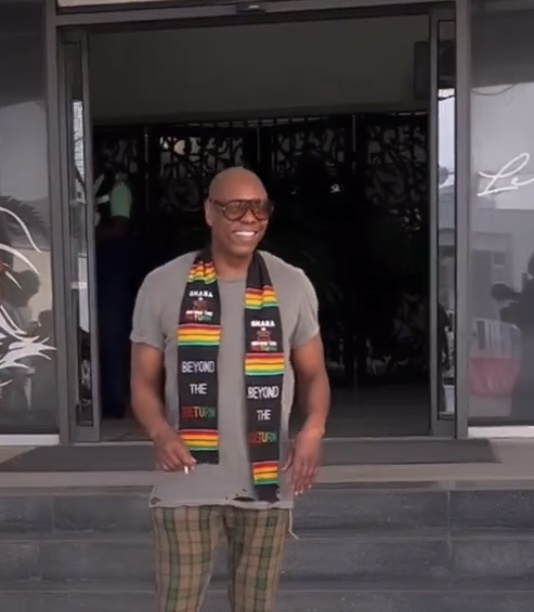 American Comedian, Dave Chappelle has arrived in Ghana ahead of the Black Star Line Festival in Accra Ghana.

Chappelle, 49 arrived in the country on Tuesday, January 3 and was welcomed by the Diaspora Affairs at the office of the President.

The Black Star Line festival, presented by Chance The Rapper and Vic Mensa is a celebration of Pan-Africanism, building bridges between Black people and artists of The Diaspora with The Continent.

Ahead of the concert, the Grammy-award-winning Comedian will be in conversation with Chance The Rapper at the University of Ghana on Thursday, January 5.

Watch video from his arrival below;

Continue Reading
You may also like...
Related Topics:Dave Chappelle, Featured