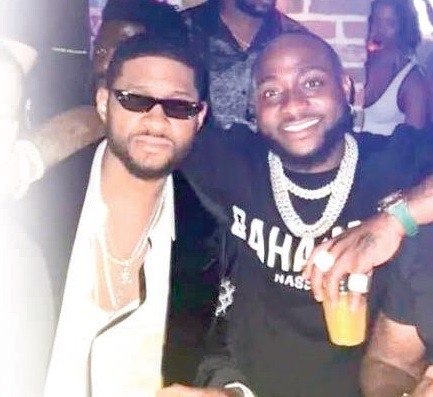 Davido, Usher spotted in the studio

Video of Davido and American R&B singer, Usher spending time in a studio has started speculations about them collaborating on a new project.

The video, which popped up online yesterday, has since generated a lot of excitement amongst fans.

Davido and Usher were earlier captured together on stage when the Afrobeats megastar performed at a show in Las Vegas that also had Usher in attendance.

The clip of the two together in the studio suggests that there might be a possible collaboration in the mix.

Davido has teased that he will be releasing his fourth studio album this year, and with him in album mode, Usher might just be another addition to the album.