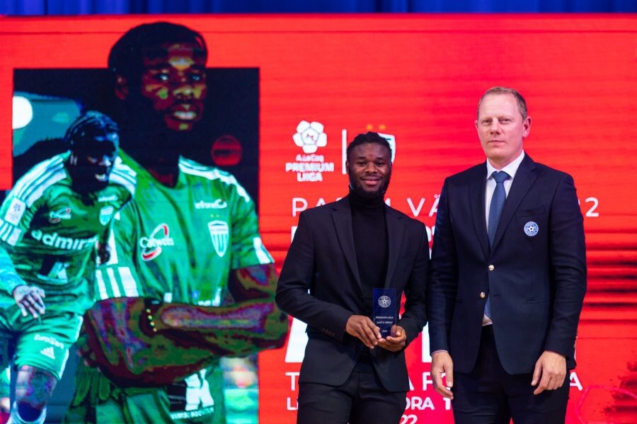 Ghana international, Ernest Agyiri, won the Goal of the Season award at the end of the 2022 Estonian Premium Liiga season.

The strike which was crowned the Goal of the Season came during Levadia Tallinn’s 1-1 draw against league winners Flora Tallinn back in May.

The 24-year-old received a pass from his teammate before sending in a brilliant strike from his own half to equalise Levadia at home after Flora had taken a first-half lead in the Tallinn derby.

The goal saw Agyiri salvage a point for his team who were also a man down while going on to win the Man of the Match at the end of the game.

The midfielder was awarded during the league’s end-of-the-season award over the weekend, with the Ghanaian taking home the Goal of the Season accolade.

Continue Reading
You may also like...
Related Topics:Ernest Agyiri, Featured