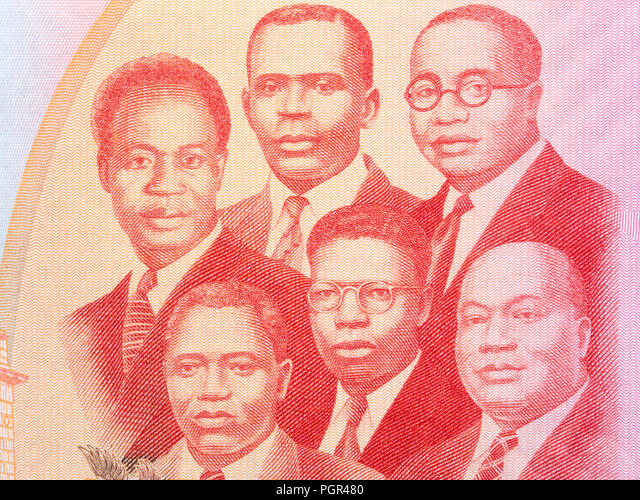 Today is Founders’ Day and it is a statutory public holiday to commemorate the contributions of all our forebears, especially the “ Big Six” who led the way towards Ghana’s independence. 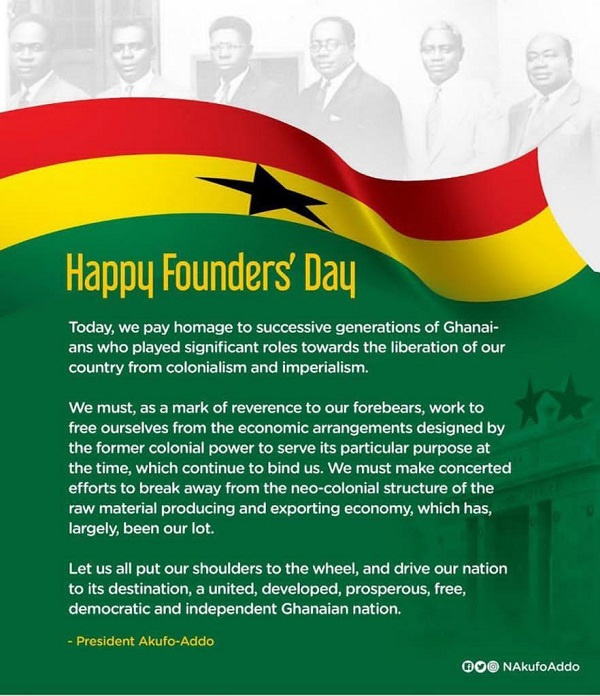 The Founders’ Day is celebrated on August 4 each year since it was instituted in the first term of office of President Nana Addo-Dankwa Akufo-Addo in 2018.

The Founders’ Day replaced the Founder’s Day which was celebrated to mark Dr Kwame Nkrumah’s birthday that fell on September 21, each year in honour of his involvement in the independence struggle of Ghana.

President Nana Addo-Dankwa Akufo-Addo’s administration, in 2018, laid before Parliament a Public Holidays Amendment Bill by the Minister of the Interior, Ambrose Dery, and passed to amend the Public Holidays Act, 2001 in 2018.

Consequently, August 4, was made a public holiday because according to the proponents, the actual fight for Ghana’s independence began on August 4, 1947 when some Ghanaian patriots, like George Alfred Grant, also known as Paa Grant, J.B Danquah, R.A Awoonor- Williams, Edward Akufo-Addo, Ebenezer Ako-Adjei and some chiefs, formed the United Gold Coast Convention (UGCC) which was founded on the foundation of the Fante Confederacy of 1868 and Aboriginal Rights Protection Society in 1897 for the independence of Ghana.

Therefore, the institution of the Founders’ Day is a day that also afforded Ghanaians the opportunity to reflect on the sacrifices of their forebears who fought for Ghana’s independence.

The Founders’ Day is also observed to encourage the present generation of Ghanaians within and outside the country to accept Ghana as their homeland.

It is also a mark of reverence for the current generation to work to free themselves from the economic management designed by the former colonial power to serve its particular purpose at the time which continued to bind us.

The celebration of Founders’ Day is also to encourage Ghanaians to appreciate the sacrificial roles its leaders had played while they do the same by committing to the country in all endeavours.

However, there has been some disagreement over the institutionalisation of the Founders’ Day by the opposition National Democratic Congress (NDC) and the Convention People’s Party (CPP) who intend to cancel it for the reason that the new holiday is not a true representation of historical facts and it was a deliberate attempt by the Akufo-Addo administration to rewrite Ghana’s history.

The NDC argued that President Akufo-Addo sought to give prominence to his uncle, J.B Danquah, who was a leader in the UGCC, the political party from which Dr Kwame Nkrumah broke away from to form the CPP, which won him the election and made him the Leader of Government Business and Prime Minister and eventually became the first President of Ghana.

Continue Reading
You may also like...
Related Topics:Featured, founder

If you don’t have your PVC, you are part of Nigeria’s problem- Kanayo O Kanayo
AKwaaba Fest 2022 lineup includes Kuame Eugene, Yaw Tog, and Melcom Nuna.