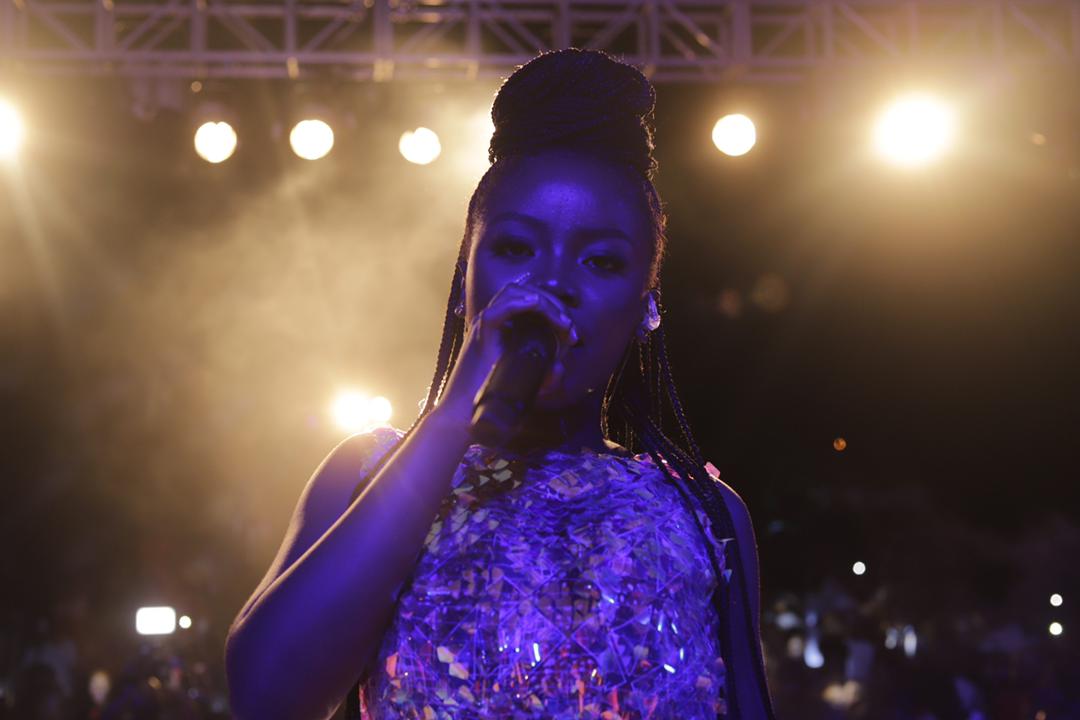 Saturday night, Saturday 21, 2020, is one that will not be forgotten as Gyakie etched her name in the history books selling out popular event venue ‘The View ‘and highlighting a vivid indication of her increasing dominance on the global scene.

The event is a solely organized event by Flip the Music headed by the label CEO Emmanuel “Mirror” Sedo.

The woman that the audience had gathered to watch and in true superstar fashion, backed by the band and her colourful dancers, Gyakie’s stage prowess outshone any expectations that those who gathered might have brought into the venue.

Other artistes like Yaw Tog, Broni, Malcolm Nuna, Mister Oscar all took turns at the event to perform.

The crowd who were well versed with the lineup of his songs sang loudly to everyone in what was a very charged atmosphere and Davido’s energetic set matched the energy from the audience.

The show was hosted by Pure FM’s DJ Aroma with support from MC Mensa Jnr, Berima Sean Bills and iPhxne DJ and produced and financed by Flip the Music.

The much-anticipated concert indeed was how She had pictured it, perhaps even better, Gyakie had not only sold out her concert, but she had also left her mark as one the young artiste to have single-handedly sold out a venue in recent times.