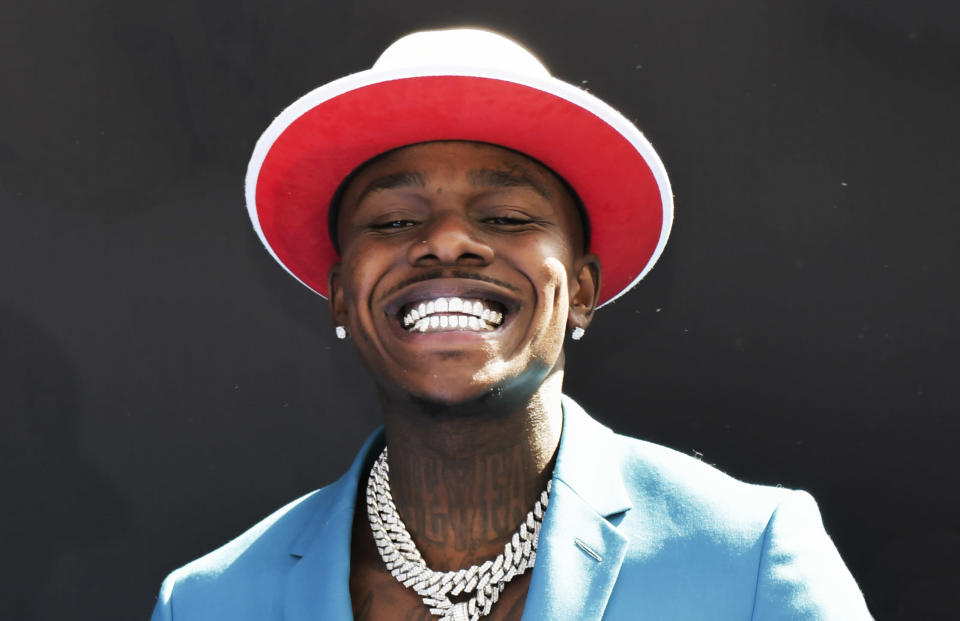 American rapper, DaBaby is claiming his Nigerian root with his full chest in a new video where he is seen having a moment with fellow rapper Bobby Shmurda.

The video which was posted on the rappers Insta stories on the 22nd of May 2021 showed both rappers in the studio, most likely making music going by the photos which he posted on his Instagram feed.

According to Bobby Shmurda, people think he’s African, and from his reaction, he finds it hilarious as he says “she thinks I’m African”, but DaBaby quick represented, pointing out that “I’m a Naija boy”. He went ahead to add a Nigerian flag into the video.

Although it is not confirmed if DaBaby indeed has Nigerian roots, he has been around a lot of Nigerian artists and culture since he first got popular in 2019. Most notably, he was once a best man at one of his Nigerian friend’s wedding. Even more recently, he has been seen to promote a possible new song he has been working on with Nigeria superstar Davido. The rapper’s real name is Jonathan Lyndale Kirk but maybe it is time for him to add a Nigerian name for the culture.

Continue Reading
You may also like...
Related Topics:dababy, Nigerian