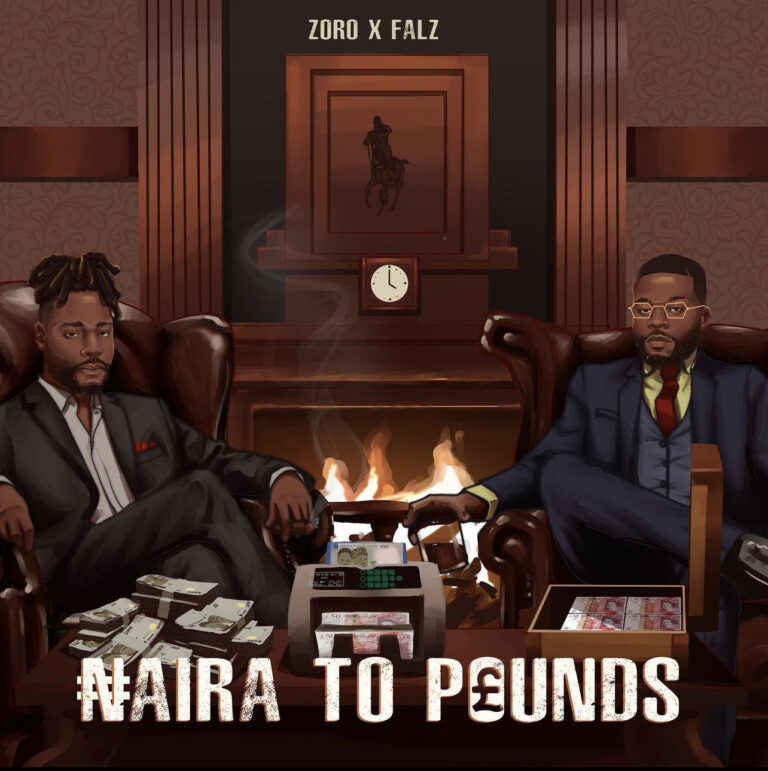 Nigerian award-winning musician and actor, Falz, has teamed up with his eastern counterpart, Zoro, on a new single titled “Naira to Pounds,” produced by SYDP.

Speaking on the song, Zoro described how elated he was about the song and working with Falz again. “I want this song to motivate everyone, but mostly Nigerian youths. Despite the economic challenges the government put us through, keep the grind up and never back down from the hustle. I’m also excited that Falz is part of this song as he added that extra spice to it.”

Get ready to party all December with this song!