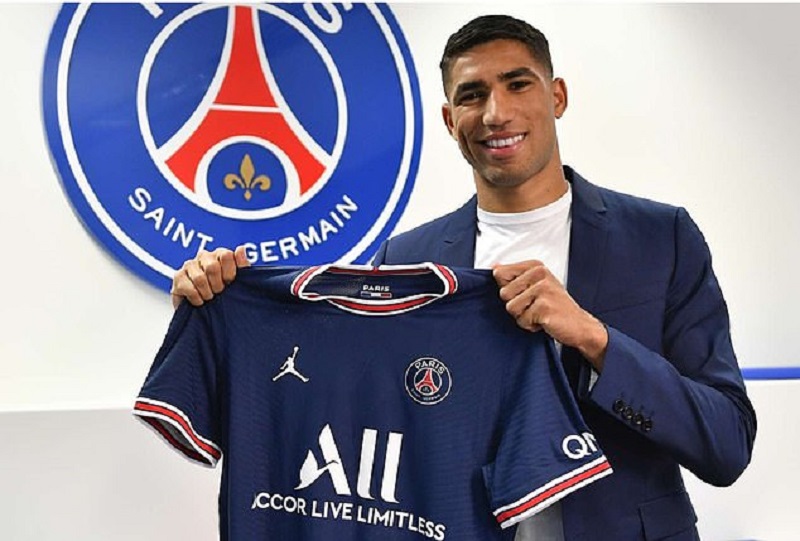 Paris St Germain have signed Morocco international defender, Achraf Hakimi from Italian Serie A side Inter Milan on a five-year deal for an undisclosed fee, the French Ligue 1 club announced on Tuesday. The Spain-born 22-year-old came through Real Madrid’s youth academy before breaking into their senior team in 2017 and was part of the squad that won the Champions League, UEFA Super Cup and FIFA Club World Cup titles in the 2017-18 campaign.

French media reported that PSG paid around 60 million euros ($71 million) for the versatile right back.

Hakimi had a loan spell with German Bundesliga side Borussia Dortmund, winning the German Supercup in 2019, before joining Inter with whom he lifted the Serie A title last season.

“I feel a lot of pride today,” Hakimi told the club website.