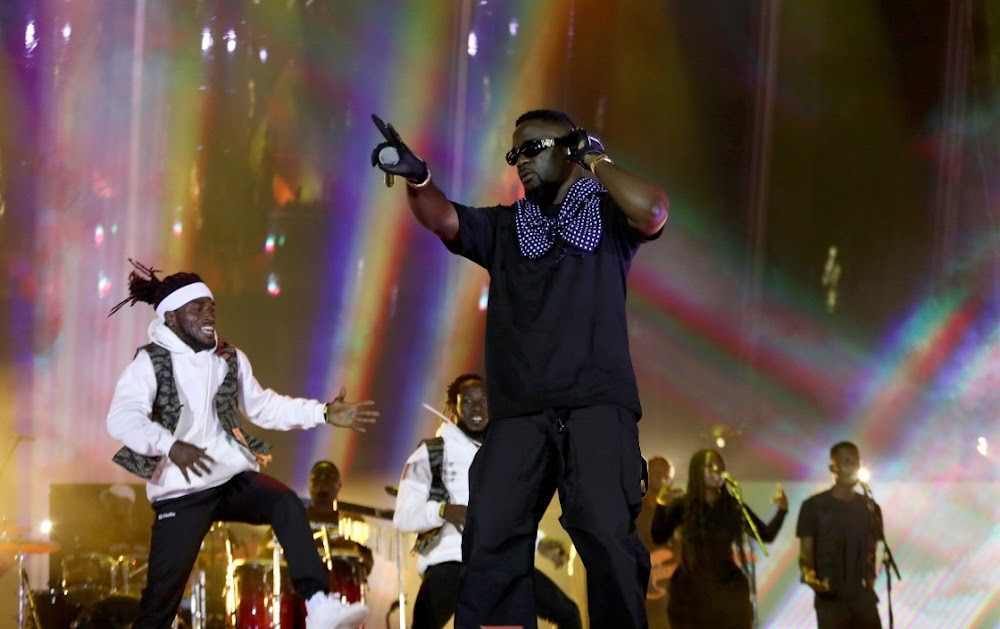 Sarkodie undoubtedly has established himself as one of the greatest musicians Ghana has ever dealt with, and his performance at the 2022 Global Citizen Festival stage, confirmed the facts.

Sarkodie proved, through his introductory song, stage presence, backup vocalists, choreographers, song choices, and outfit, why he is the best and biggest musician in Ghana and why he has remained influential in the industry for the past ten years.

The ‘Coachella’ hitmaker also launched the official anthem for his fan base, SarkNatives on stage.

As soon as the beat for the ‘Original’ track dropped, the Black Star Square which was filled to the rafters bounced in excitement as the crowd moved and did the ‘SarkNation’ dance.

People present and watching from home could not have enough of Sarkodie’s performance as they hailed him on social media.

Sarkodie has been up in the trends on social media as Ghanaians and Africans who followed the event showered praises on him for establishing himself as the ‘King’ of music in the country.

Michael Owusu Addo’s showmanship likes a challenge and a dare. When he is pushed to the wall, he fights back the way he knows how best. Be the musician and top performer that he is.

The venue for the Global Citizen Festival was a familiar one for Bra Mich. In August 2020, the Ghanaian rapper held his Black Love Concert at the same venue. Standing by that huge star on top of the Black Stars Square delivering his flow for that show is the kind of attention Sarkodie lives for.

Just that this time, unlike handpicking artists for Black Love Concert to compliment him, there were international superstars who were on a mission to make their mark in Ghana.

Usher Raymond IV, an American superstar was the headliner for the Global Citizen Concert with SZA, Stonebwoy, Stormzy, Tems, Gyakie all set to share the stage with Sarkodie.

Continue Reading
You may also like...
Related Topics:Featured, Sarkodie