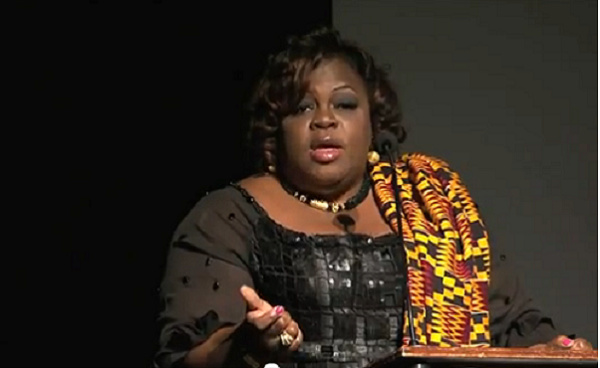 American media personality of Ghanaian descent Lilian N. Blankson has passed on. The news of her death broke on social media on Sunday, July 4.

It is not immediately known the cause of the death of the seasoned and popular content creator and television producer.

Lilian has contributed immensely to the growth of the African entertainment industry. She is the reason why African artists are fully represented at the BET Awards today.

Though she is well known among showbiz enthusiasts, some people do not know much about the gem. Below, we share with you 10 things you should know about the former BET Network Programme Director.

While in college, she won Graduate Award, served as a member of the Graduate Writers Club Faculty Advisor for Black College Union and further served as Adjunct Professor of English, African Studies and Social Studies.

Right after acquiring her masters, she gained employment at the renowned Black-American media company, Black Entertainment Television (BET) Network. She joined BET due to her passion to bring exposure to African Entertainment by showcasing African talent to the western audience. Her journey at BET started with the Sports, Specials & Primetime Division. She helped in managing each division and soon learned her way around television production and the entertainment business in general. Becoming Senior Manager of Specials, she created and owned her roles which included overseeing the balloting process for the BET Awards, Hip Hop Awards, and the Comedy Awards

At the time, Lilian Blankson was the Director of Programming at BET International and was, among others, instrumental in the nomination of African artistes, which Ghana greatly benefited from.

A Ghanaian Cypher with D-Black, Sarkodie, Kwaku T, Edem, Tinny, BabyG and Reggie Rockstone was produced, arranged and directed by Lilian. It garnered over 50,000 views collectively in less than a week and was included as part of the BET Hip-Hop Awards exclusively for the international channel.

In January 2008, she was appointed to help in the launch and operation of BET Networks’ International channel in the UK, Ireland, Africa and the Middle East. She would later serve in various roles: Director of Programming, Content Writer and Producer, Talent Relations and consulting on African Programming.

She managed programming, wrote, produced and directed for BET’s International network and managed all of BET’s Specials and Awards Shows for 8 years. Those shows Included, BET’s 25th Anniversary, The BET Awards, Celebration of Gospel, Rip The Runway, Comedy Awards, Walk of Fame, Spring Bling, and the Hip Hop Awards.

She wrote and published her first book “Rain Love Poetry & Portraits” in 2010 (it is a coffee table book with exquisite portraits that masterfully portray poetry). She followed up with another book of African short stories “Awaiting Fate & Other Talking Texts,” which will be available on Amazon Summer 2021. Her first book has been sold throughout the US, the UK, Ghana, and Nigeria.

Before her passing, the former BET director was the record label head of LNB Entertainment, where she oversaw and managed the solo career of Nigerian musician Wondaboy.

She was honoured at the 2011 edition of F.A.C.E List Awards – a platform for the acknowledgement and celebration of pan-African achievements.

Pulse.com.gh commiserates with the family of Lilian N. Blankson. May her soul rest in the abode of the Almighty.

Continue Reading
You may also like...
Related Topics:bet, Lilian blankson