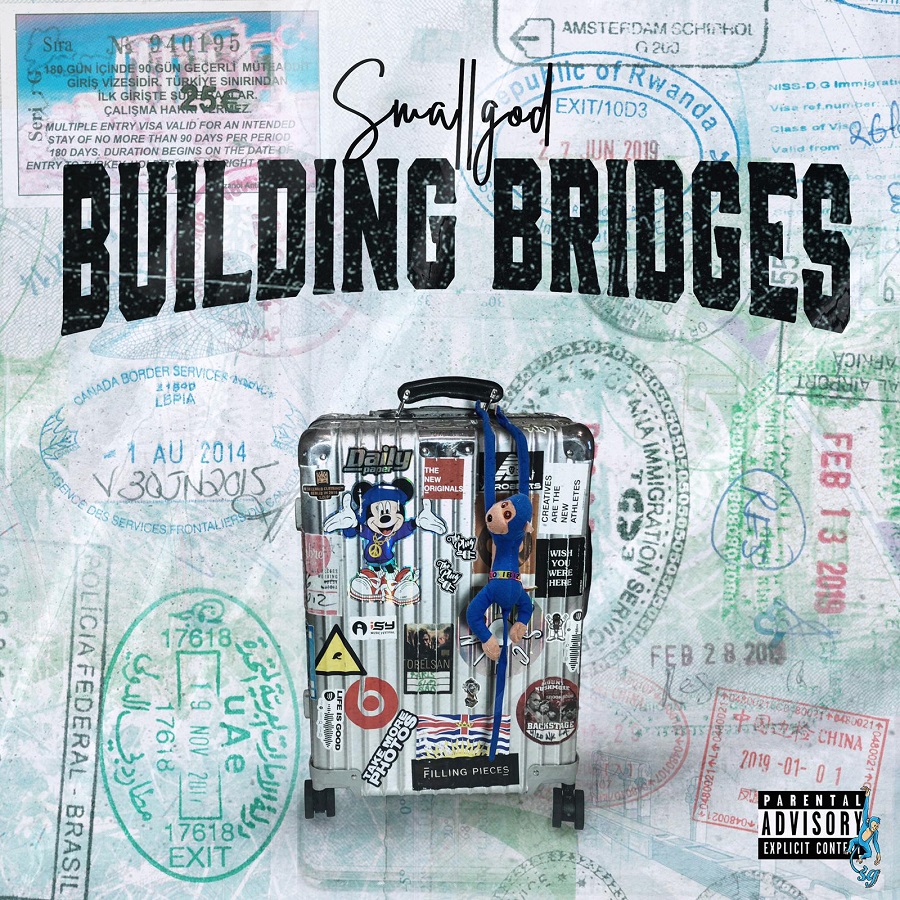 Smallgod has a great ear for beats and an uncanny ability to pick the perfect pairing of artists that will make the best of A&R’s in the world bow in respect.

After showing us a glimpse of this skill on his three highly successful singles ‘Marry Me’ with Tanzania’s Harmonize, ‘Simple Instruction’ with R2bees and ‘Sinner’ with Headie One, O’Kenneth, Kwaku DMC & LP2Loose (with combined streaming numbers upwards 4 million streams across platforms), he is finally ready to introduce the world to the full range of his skillset on his debut album ‘Building Bridges’.

Smallgod’s ‘Building Bridges’ can be best described as a star-studded celebration of African diversity, love, music and excellence. This idea is brought to life by UK/Congolese comedian Eddie Kadi’s skits which serve as the glue that binds the project into one cohesive narrative. Eddie can be heard trying to use Smallgod’s name to enter a party and whilst listeners get to enjoy the party through the album, Eddie sadly never gets in.

If Building Bridges was a party, it would be the party of the decade based on its features alone. Smallgod has assembled a tall list of African royalty that will make Black Panther jealous. Tiwa Savage and Kwesi Arthur show up on ‘Gats To Let Them Know’ turning it into a solid summer banger. Busiswa makes sure the south of the continent is represented on ‘Nice Life’. The OGs aren’t left out of the party as Samini pops up on ‘Somebody’ with newcomers T’Neeya & Wavy, and 2Baba holds his own on ‘Give It To Me’.

Other special guests on ‘Building Bridges’ include Amartey, Efya, Darkovibes, Shatta Wale, King Promise, Kojo Funds, Kwamz & Flava, Eugy, Starboy Teri, Dystinct, OB etc. Smallgod earns his title as the ultimate African plug on his debut album. The question isn’t whether he made a classic but whether he will be able to top this classic. ‘Building Bridges’ is now available to stream or purchase on all digital music platforms.