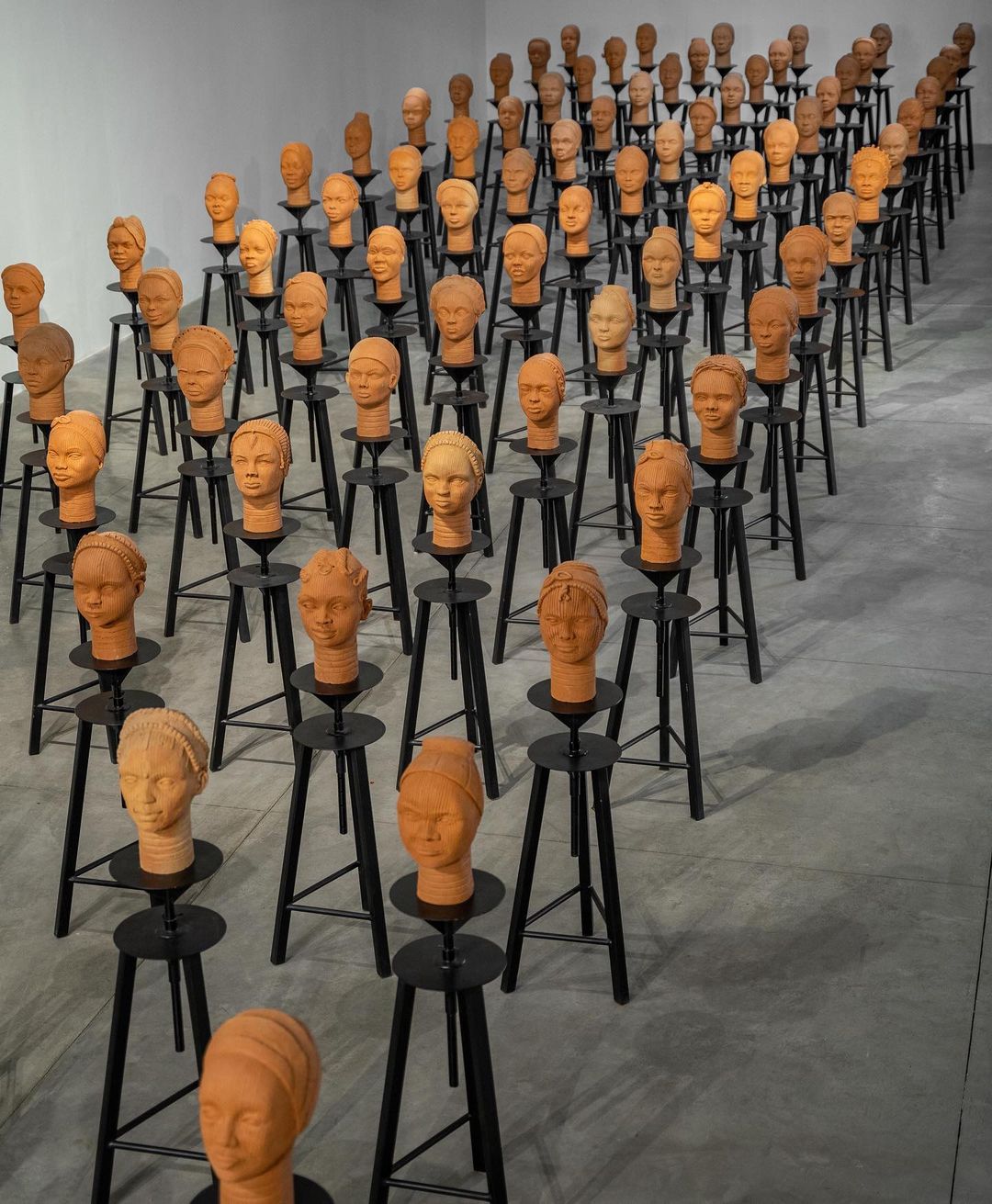 An exhibition was recently launched to honour the 108 Chibok girls who Boko Haram abducted in 2014.

Eight years after the Islamist insurgent group Boko Haram abducted 108 Chibok girls, their memory lives on with a new exhibition.

Titled “Statues Also Breathe,” the exhibition, which will be on display until February 4th 2023, features the faces of the girls who are still missing sculpted into clay. It is a poignant tribute to the victims and their families. The project is a collaborative effort spearheaded by French artist Prune Nourry, 108 university students from Nigeria, professional potters, and families of the victims.

The sculptures are currently displayed at the Art Twenty One gallery in Lagos, Nigeria, and are inspired by ancient Nigerian Ife terracotta heads, an artistry style that represented a large and diverse array of vessels depicting human, animal, and otherworldly subjects.The sculptures of the Chibok girls recreated the facial expressions, hair patterns of the victims in a way that is both vivid and memorable.

To bring the project to life, families of the missing girls shared pictures of their daughters for accuracy.

“People who will see the show I hope will remember is for the importance of girls’ education then the fact that sculpture can personify someone and catch the breathing life and the symbol of someone, of life. Then it’s also about the collaboration, how together we can make more and maybe the fact that it will travel around Africa but also around the world and how we can keep bringing the light on something that might be forgotten and shouldn’t be because it will always be a priority,” Nourry told Africa News.

When the Chibok girls were mass abducted in 2014, the incident triggered a global outrage that instantly made the slogan #BringBackOurGirls trend on social media.

Approximately 160 girls were recovered over the years following the tragic incident, but not everyone was returned. Since then, the stories of the Chibok girls have seemingly faded from the headlines, but the sculptures are a reminder of the agony that still looms over the families and loved ones of the victims.

In a conversation with Africa News, Habibat Balogun, the Lagos Coordinator for the Bring Back Our Girls movement said that the sculptures were an unforgettable reminder of the kidnappings.

“It’s a permanent reminder that happened, we had a period in our history in Nigeria where women, boys, men, children were taken away, some were recovered, some are still displaced till today, some are still in captivity,” said Balogun.

The sculptures are expected to embark on a world tour in the future.