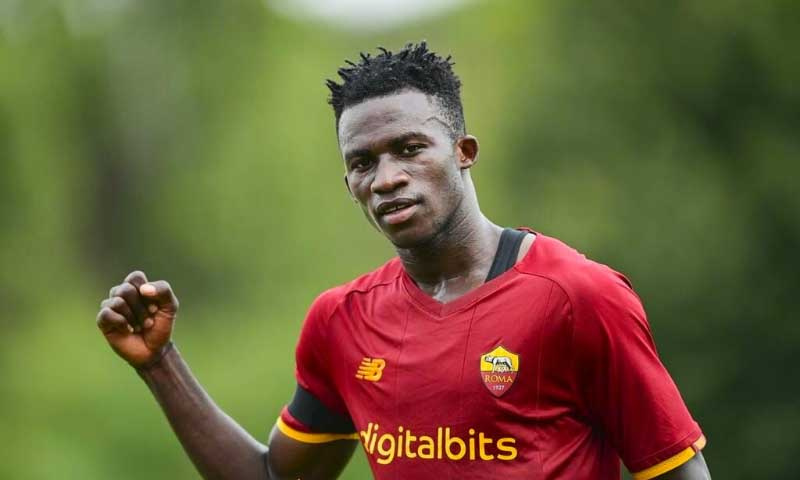 Afena-Gyan departs AS Roma for Cremonese in permanent deal

Afena-Gyan departs AS Roma for Cremonese in permanent deal

Teenage Ghanaian striker Felix Afena-Gyan is set to be unveiled as a player for newly-promoted Italian Serie A side Cremonese.

Afena-Gyan, 19, is set to leave Italian giants AS Roma on a permanent deal believed to be worth €6 million plus €3 million in bonuses with the Giallorossi to get a further 10 per cent in future sales.

Sky Sports reports that the forward will receive a net salary of €600,000 with his exit set to allow Roma to sign former Torino striker Andrea Belotti, who is now a free agent.

Afena-Gyan was left out of the Roma squad set to face Juventus in last Saturday’s 1-1 draw in Turin.

In a post on Twitter confirming his exit from Twitter, Afena-Gyan was full of gratitude to the coaches, players and staff of AS Roma, especially Jose Mourinho.

He added that it was a huge honour to have donned the Roma shirt for the last one-and-a-half year.

Afena-Gyan posted: “I’m grateful to AS Roma, the technical team and staff for the precious opportunity and support I have enjoyed in the last one and half years. My utmost love to the manager Jose Mourinho. The last seven months with you has totally changed my life. Thank you for believing in me. To my former teammates and the Roma fans, I cherish the wonderful moments we shared together. Thank you Mr. Alberto De Rossi for the role you’ve played in my growth”.

The striker joined Roma’s youth team in 2021 from EurAfrica FC in Ghana and was handed his debut call-up to the senior team in October last year against Cagliari.

Afena-Gyan made 22 appearances for Roma and scored two goals. He won the UEFA Europa Conference League during his stay in Rome. He has earned six international caps for the Black Stars of Ghana and scored one goal so far during the 2023 Africa Cup of Nations qualifiers.

Continue Reading
You may also like...
Related Topics:afena -gyan, Featured