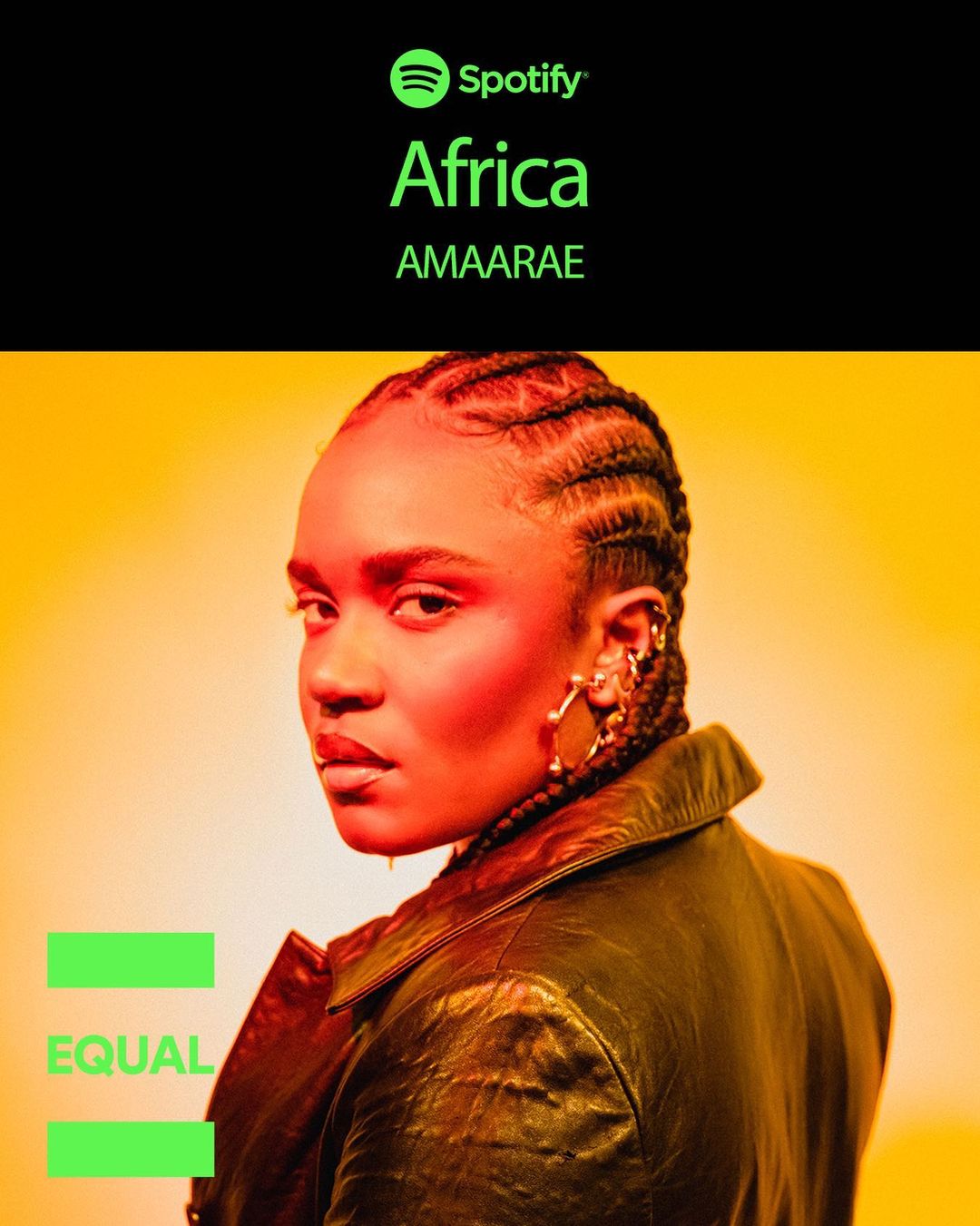 The program, which launched in April 2021, takes aim at the gender disparity in the music industry by amplifying the work of women creators. It’s part of Spotify’s new campaign, EQUAL, to demonstrate its commitment to fostering equity for women in audio and celebrating their global contributions.

Turning up the volume on women artists like Amaarae, And, as Africa’s artiste of the month, she will be featured on the cover of our EQUAL Africa playlist, giving her more visibility around the continent and to a large extent, the globe. She will also feature on Spotify’s Times Square billboard in New York and her breakout hit, Sad Girlz Luv Money”, will lead the EQUAL Africa playlist and feature on the EQUAL Globalplaylist.

This announcement comes off the back of Amaarae’s popularity and fame since the release of her smash hit, “Sad Girlz Luv Money” remix, from her debut album “The Angel You Don’t Know” with Moliy. The album features the chart-topping singles that have catapulted the musician to the global stage. In 2021 the song was remixed with a feature from Kali Uchis which then went on to become a viral hit on social media and streaming platforms, charting globally.

The 28-year-old singer is has a raspy, radio-ready falsetto that evokes the opulent luxury of silk sheets, and big confident pop songs packing fluorescent hooks.

Continue Reading
You may also like...
Related Topics:Amaarae, Featured, Spotify