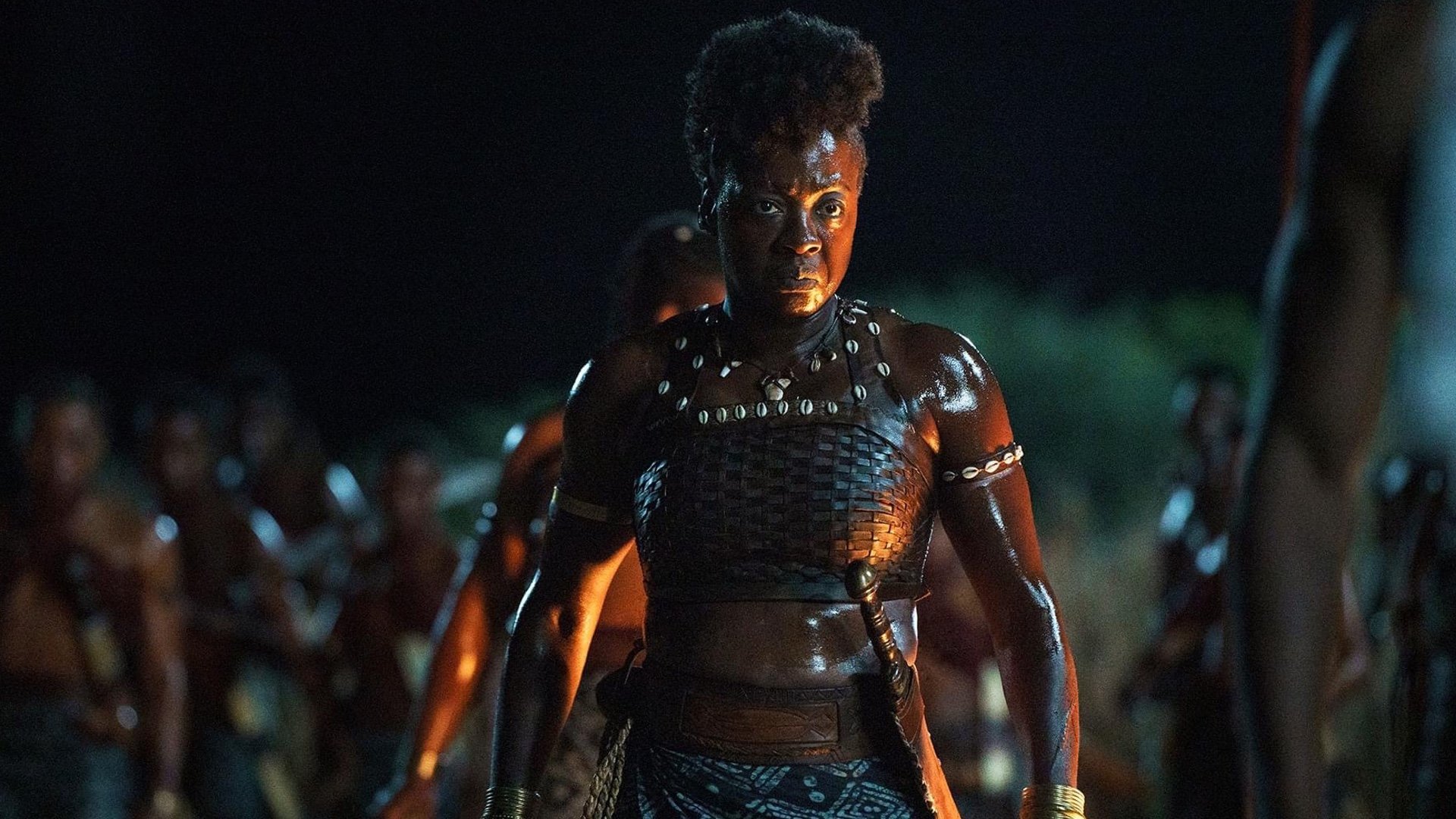 Bello described an epic historical drama about an African warrior named Nanisca, adding, “Wouldn’t you want to see Viola Davis in a role like that?” The crowd “went wild,” Davis says now, and rose to their feet in raucous applause. “That was the genesis,” she says. Later, director Gina Prince-Bythewood, whose last movie was the industry-rippling Charlize Theron hit The Old Guard for Netflix, came on board and contributed to the script by Dana Stevens.

The Woman King, which will storm into theatres on September 16, tells the story of the Agojie (also known as Amazons), a real-life army of women warriors who defended the powerful West African kingdom of Dahomey in present-day Benin during the 17th, 18th, and 19th centuries. (John Boyega plays King Ghezo.)  Vanity Fair spoke to Davis and Prince-Bythewood about this unprecedented action-drama, which has been described as a Black female Braveheart.

Vanity Fair: Viola, I think viewers will be amazed by your beefed-up physical transformation. You really trained hard to play General Nanisca.

Viola Davis: We started intensely a few months before shooting—four hours a day, five days a week. Weight training, sprinting, martial arts, and weaponry training for the machete. I like to say that I was the OG warrior. [Laughs.

How did it feel to connect with the largely unknown history of the Agojie?

Davis: It was a different state of mind to tap into that spirit—that bravery. Certainly, that’s not a mindset that I carry on a day-to-day basis. I’m someone who carries pepper spray and a little alarm on my keychain.

Gina, this idea of the warrior woman often appears in your work going back to Love & Basketball. Why?

Gina Prince-Bythewood: I grew up an athlete. The women around me were athletes. There was a normalcy to how I thought about myself. You fight. Aggression is good. Leave it all out on the floor. And as I got older, it surprised me how few women had the advantage of growing up like that. That innate warrior that I believe we all have is dormant in so many women because it wasn’t encouraged or valued.

The battle scenes in the film appear to be graphic, and culturally specific. We see dark-skinned Black women with well-oiled bodies, muscles, and serrated fingernails that are used as murder weapons.

Prince-Bythewood: My approach was that you don’t need to add anything to the story. These women were fascinating and didn’t need to be embellished or glossy. I wanted it to be real and visceral and raw.

Viola, you’ve said this film is your magnum opus.

Davis: I’ve never had a role like this before. It’s transformative. And to be a producer on it, and to know that I had a hand in bringing it to fruition…. There’s always a vision you have for your career, but there are very few roles as an actress of colour. Dark skin with a wide nose and big lips. I’m just gonna continue to say it. Those stories are extraordinarily limited.

What were you most afraid of in taking on this project?

Prince-Bythewood: Fear is a thing you can let swallow you up, or push you to excellence. It’s scary as hell.

Was it a struggle to get the movie made?

Prince-Bythewood: It takes so long to get to a greenlight, especially to tell a story like this. There are so many hurdles—and the finish line keeps getting moved. I just kept picturing the first time I would be on set, and say “action,” and look around and be surrounded by us. I held that thought with me until it happened.

Gina, a few years back you tweeted that the postproduction team for The Old Guard was 85% women and that “talent has no gender.” This cast and crew were also woman-centred, in addition to being wildly diasporic.

Prince-Bythewood: This was absolutely the most diverse crew I’ve ever worked with. I take that responsibility very seriously and I have fought for it for years and years.

Viola, what makes Gina unique as a director?

Davis: Integrity. Integrity is in short supply in this business. Her skill set. Her vision. Her passion. I didn’t feel like I had to work so hard to explain myself as a Black woman—my inner narrative.

Prince-Bythewood: There are very few who are truly great at what they do. Serena Williams. Beyoncé. And Viola. She creates an environment where you bring your A-game. She made her character better. She made scenes better.

I love where Nanisca tells Nawi that to be a warrior you must “kill your tears.”

Prince-Bythewood: As a director there are times where you step in, and there are other times where you just stay quiet and watch. In that scene, Nawi [who’s played by Thuso Mbedu] is getting chastised for talking back and not respecting, and she starts to walk away. In an unscripted moment, V reaches down and snatches her machete from her. That was a turning point in the scene. Thuso felt it innately and these tears just sprung to her eyes because they were both so deep in the scene. It was such a special moment to witness.

Nanisca was also vulnerable, which is a powerful combination.

Prince-Bythewood: We didn’t want to show them as just one thing—badass women who killed. They also laughed and loved and cried. We wanted to show their full humanity, not just the cool part that would look good in a trailer.

Most of your audience won’t know anything about this buried history. How much did you both know about the Agojie when you came to this project?

Davis: The only thing I knew, literally, was that there were women somewhere in Africa that were called Amazons.

Prince-Bythewood: All I knew was that the Dora Milaje in Black Panther were based on real warriors.

I’m told there’s only one full-length, English-language book about the Agojie.

Davis: There is one book, The Amazons of the Black Sparta—written by a white man. I had to cross out a lot of it because it was full of editorial comments like, “They looked like beasts. They were ugly. They were mannish.” You had to sift through all of that.

Prince-Bythewood: Our production designer, Akin McKenzie—incredible dude—started combing through and excising anything from the colonizer’s point of view. He knew which photos were fake and created for the World Fair. There are so few actual photos of these women. Most of them are recreated.

Will it be difficult for the average American moviegoer to digest these images of ferociously powerful, dark-skinned female warriors? I kept thinking as I watched the early footage that Black women have never been seen this way onscreen before.

Continue Reading
You may also like...
Related Topics:Behold The Woman King, Featured