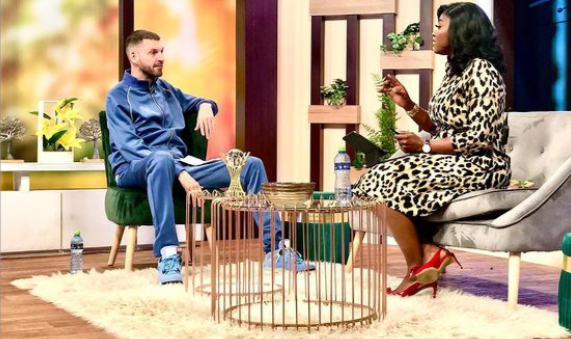 According to him, Afrobeats music is taking over the world and Ghana is too much on the rise with the drill in new artists.

Tim Westwood’s appearance on TV3 Newday fueled conversations about Ghana’s entertainment industry, the sensational Black Sherif, and Ghana’s reputation for being the most welcoming abode for people in the diaspora and the world.

“The energy right now is amazing. Black Sherif is the number one artist in the world. So many artists out of Ghana are doing amazing things at the moment. It’s great to be part of it.

“Back home, like people in the UK, Christmas is legendary in Ghana. It’s a legendary moment. It’s like the number 1 destination not just for people homecoming but people throughout the world.”

Tim Westwood is in Ghana ahead of his Easter Club Invasion in Kumasi and at Osu,Accra on 14th and 15th April Respectively

Tim Westwood is often referred to by other DJs and artists appearing on his shows simply as Westwood. He presented the MTV UK show Pimp My Ride UK. In 2013, Westwood left BBC Radio 1 and BBC Radio 1Xtra after nearly twenty years and returned to Capital Radio.

Time Westwood TV has been a popular feature in Ghana’s entertainment industry as big acts showcase their freestyle skills on the turntables to the world. “I’m up in the clubs doing my thing, on the radio ripping it down, and I’ve got TimWestwoodTV. Tim Westwood TV is our youtube channel, and we’ve had a lot of tremendous Ghanian artiste come through,” Time Westwood discloses.

He has hosted Ghanaian music personalities like; Sarkodie, Stonebwoy, Medikal, Yaw Tog, Amerado, Kuami Eugene etc, he has disclosed that he is anticipating hosting the ‘Kwaku the Traveller’ crooner soon in his studio in the UK.