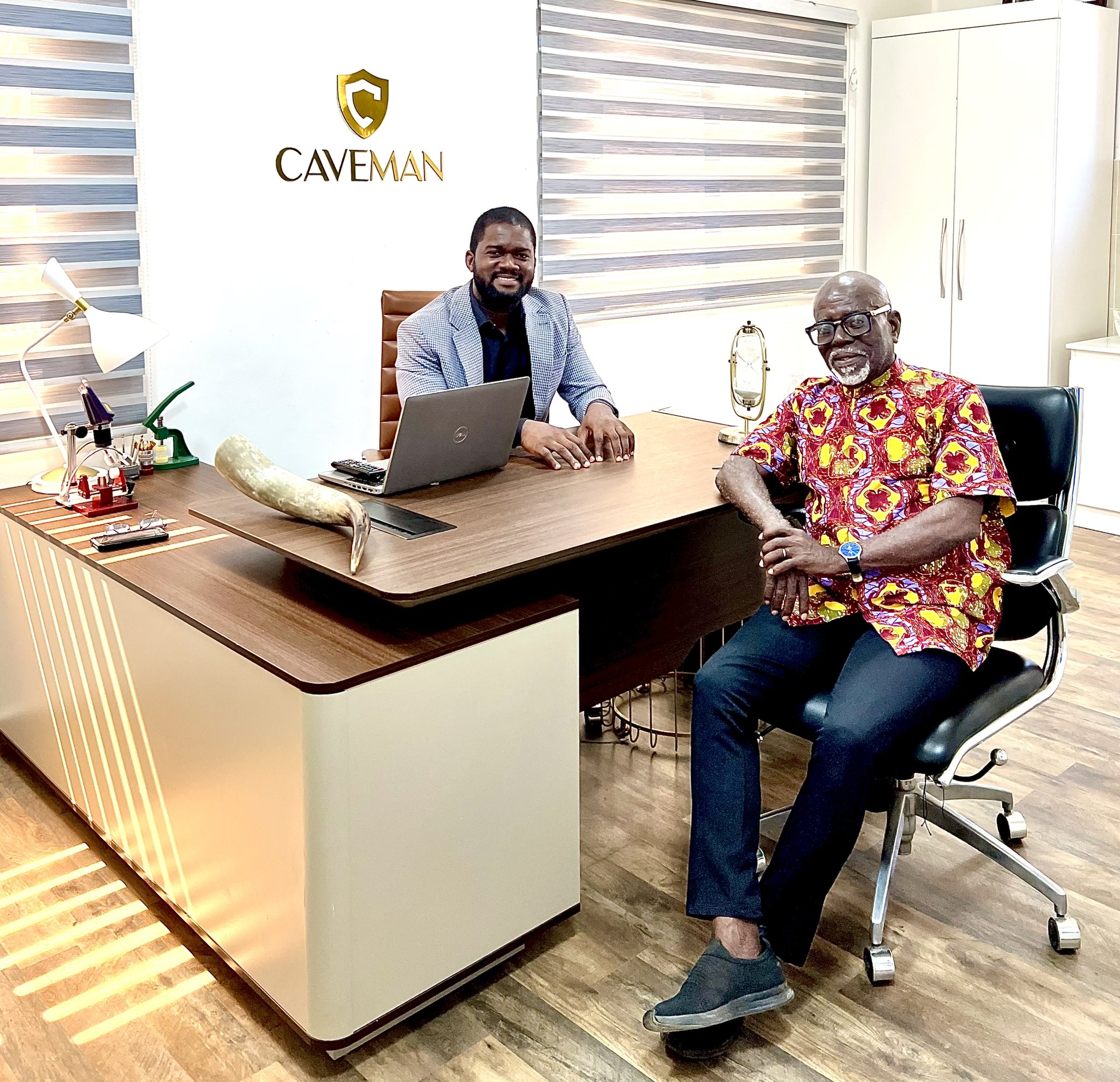 The CEO and founder of Caveman Watches, Anthony Dzamefe made Fred’s wish a reality by offering him an ambassadorial deal and also granting his billboard wish. The news has gotten many Ghanaians excited for the veteran actor as he gets his flowers while he is alive.

Days after he made that plea, CEO of Caveman, Anthony Dzamefe, made an announcement on his official Twitter page revealing that his business would be granting Fred Amugi his wish.

The veteran Ghanaian actor Fred Amugi has gotten his 74th birthday wish to come through after he pleaded with brands and companies to put him on billboards as a brand ambassador.

Fred Amugi would have his photo on billboards in Ghana as a brand influencer. The tweet also came with a photo of Amugi in the office with Anthony as the moment was captured to confirm that the deal has been put together.

On November 5, 2022, the actor turned a year older and celebrated his 74th birthday amidst birthday messages and well wishes from his fans and colleagues. However, before his birthday, Fred Amugi caught up with Ameyaw TV for a quick chat. During his interview, he was asked his wish for his 74th birthday, to which the ‘Opinto’ actor replied;

“Well, one wish I would love to have for my 74th birthday is to see myself on billboards as a brand ambassador. I wouldn’t want to die before I’m mounted on billboards when I wouldn’t see what corporate Ghana did for me,”.

“So, corporate Ghana, here I am, I’m prepared to be a brand ambassador for your products. Use me while I’m alive, not when I’m dead and gone,” he said in the video.

Fred Amugi is one of the prominent faces in Ghanaian movie industry with over four decades of experience of gracing our screens with his acting skills.

He rose to prominence for his role in Opinto, a popular television series in 1985 and has since won the admiration of movie enthusiasts for his roles in movies such as Judgement Day, Holy City, Beasts of No Nation, and The Cursed Ones.

Among many of Fred Amugi’s honours and awards are Best actor at the 1994 Accra International Film Festival, Best Actor in a Supporting Role at Ghana Movie Awards (2016) and Golden Supporting Actor in Drama at Golden Movie Awards in the same.

In 2008, he was part of a list of creative personalities decorated with Order of the Volta for his contribution to Ghana’s movie industry.