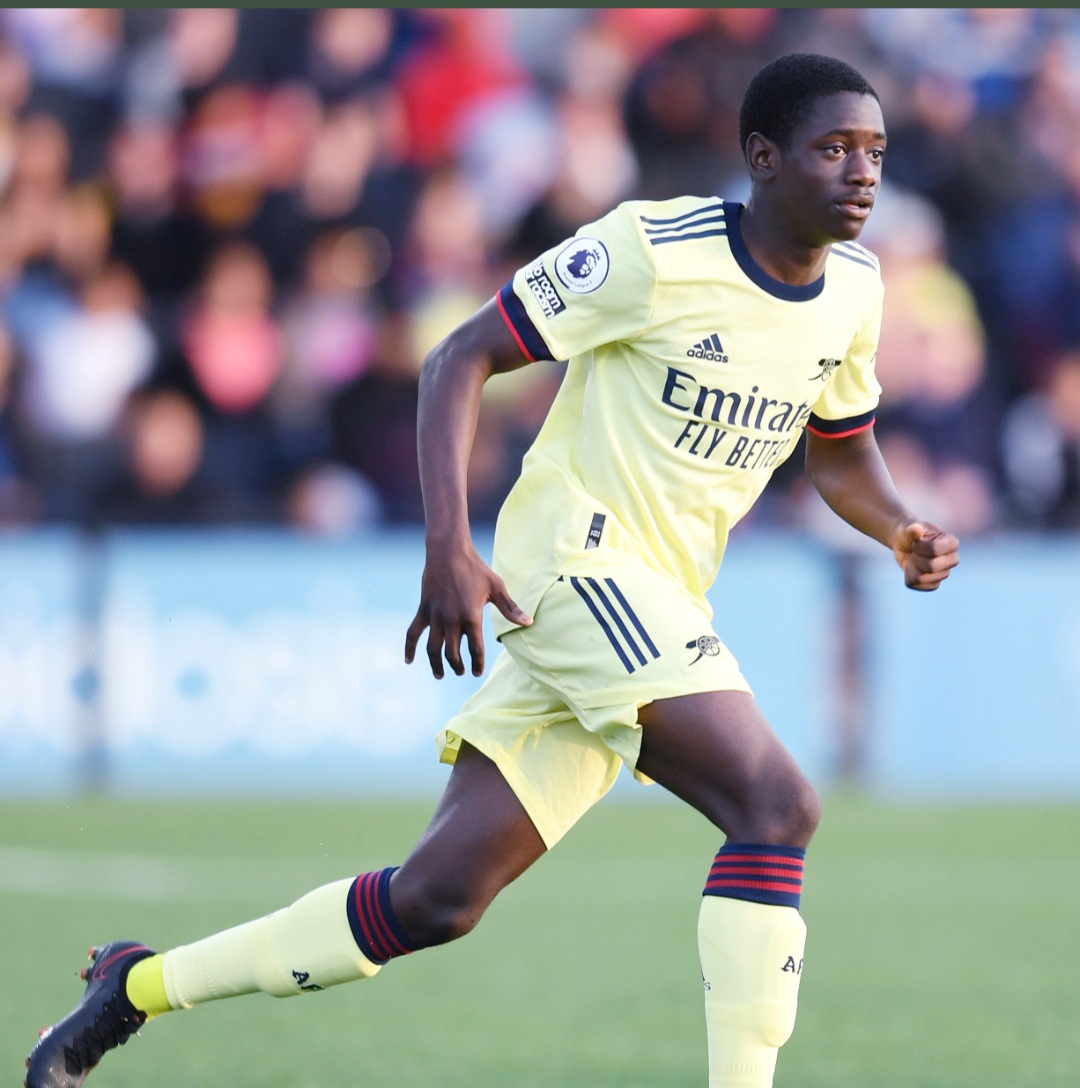 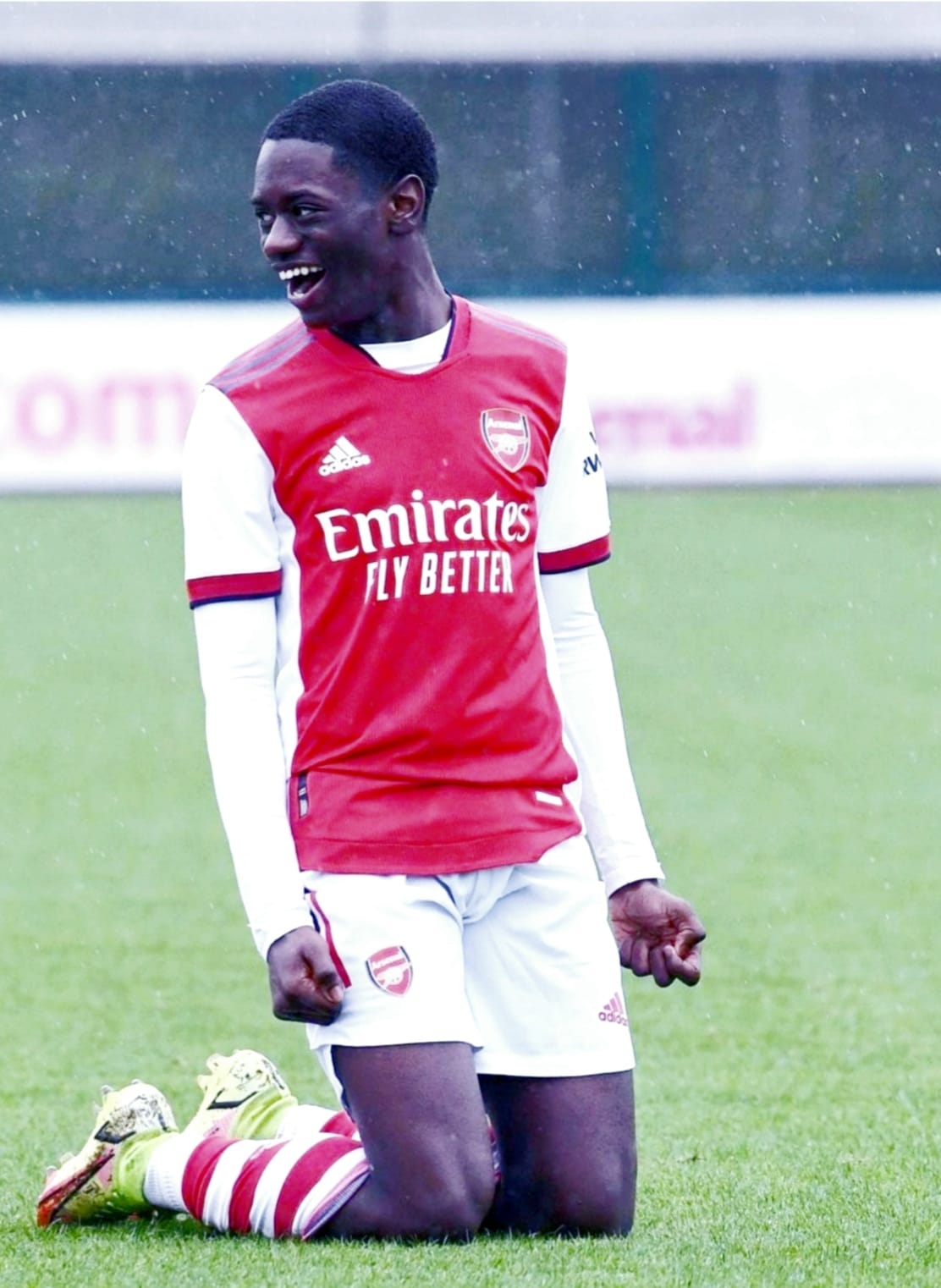 Sagoe Jr., an attacking midfielder; comfortable both on his right and left feet, can play any of the front 3 positions; left-wing, right, and the No. 10 position behind the striker, started playing football at age 7 when he played for a local grassroots team close to his home. And very quickly, he had interest from Brentford, QPR, Chelsea, and Fulham, to name a few, to join their academies.

The youngster possesses excellent close-control skills with good dribbling skills. He has been described as a “silky and skilful winger” and a “livewire” that can “change the tempo” of the game. He joined Fulham Academy at age 8 in the Under 9s.

He was at Fulham until the U12s when Arsenal approached Fulham and his parents to move to Arsenal. Sagoe Jr, previously mainly played as a left-winger, but since the U18s switched to a 3-4-2-1 system, he has usually operated in one of the positions behind the striker, where he has made a significant impact.

On many occasions, Sagoe Jr was either an unused substitute or left out of the matchday squad entirely, but in 2021, he established himself as a key player for the U18s in the league. At Arsenal in his 2nd scholar year Sagoe Jr. scored his first goal for the U18s in a pre-season friendly against Tavistock AFC., Sagoe Jr also found the net for the U21s in the Papa John’s Trophy with a dramatic late winner against Newport County.

So far this season in the league, Sagoe Jr has scored 7 goals and had 3 assists According to him, he is determined to make a major impact in his sports career as he looks to earn his first professional contract with Arsenal.

According to sources close to the growing football star, clubs like Real Madrid, Borrusia Dortmund and Benfica FC have shown interest in his talent.

Sagoe Jr says he would love to play for Arsenal . The young attacking midfielder looks up to Neymar Jr. because of his style of play and his creativity. He looks up to Ronaldo (CR7) because of his work ethic and his attitude to getting better and better each day, he also admires Kylian Mbappe for his style of play, loves his movement in behind, to score goals and the assistance he provides his teammates

Sagoe Jr, of Ghanaian descent, says he would welcome and love the opportunity to represent Ghana on the national team. His favourite Ghanaian player is one of the original legends of  Ghanaian football; Rev. Osei Kofi with his ability to take people on and score unbelievable goals.

You can keep up to date with Charles’ football journey as he looks to move up to Arsenal’s U23 for the season 2022/2023.

Continue Reading
You may also like...
Related Topics:Charles Sagoe, Featured