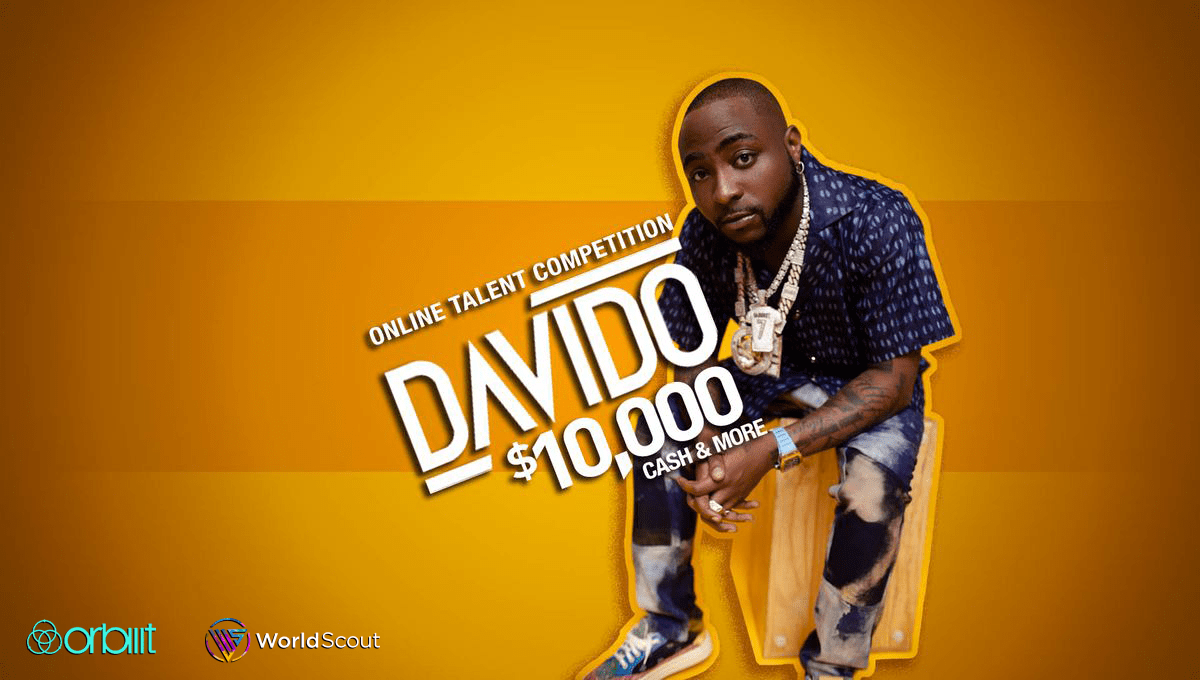 Davido broke out on the Nigerian music scene 10 years ago and has become one of the highest profile artists in the country’s history.

His hits like: Dami Duro, Skelewu, Aye, Gobe, If, Fall, Fia and Blow My Mind, have earned him gold certification in the US and Canada, a 2016 deal with Sony Music, signaling the arrival of Nigerian music to the world scene.

The competition, which is also in celebration of Davido’s new single: LA LA, featuring CKay, attracts to the winner a cash prize worth up to $10,000 and a One-on-One online meeting with the music star amidst other side attractions.

Participation in the competition is open to musicians, singers, songwriters, producers, dancers and generally talented individuals from around the globe who have been waiting for their big break to win big and to be seen by major industry leaders.

Davido, the promoter and major sponsor of the competition, said: “I am judging the competition myself and as you know, I’m looking for the best and most importantly this competition will benefit the Wellbeing Africa.”

Orbiiit.com’s CEO, Nader Navabi, added: “Every online competition is an opportunity for up and coming individuals to show their presence to the global community, build more fan base, earn more exposure, win cash and career prizes and most importantly be seen by major industry leaders – all for free.”

All participants are expected to upload their video on YouTube and use the link to join the competition on Orbiiit.

Once voting starts, they are also expected to collect as many votes as possible from friends and fans in order to move up to the next round of the competition.

Voting link will appear on the “My Entry” tab on the contest page when the voting starts.

Contestants must be logged into their Orbiiit account to be able to see their voting link and “My Entry” tab.Orbiiit.com/davido for more info.

Fans can vote for FREE only for their preferred contestants one time during the competition or they can purchase Extra Vote Packages, which also benefit Wellbeing Foundation Africa.

The contest, which has since been open to online entries since May 4, 2021, will run through different stages and rounds to culminate in the final stage from July 18 to 25, 2021.