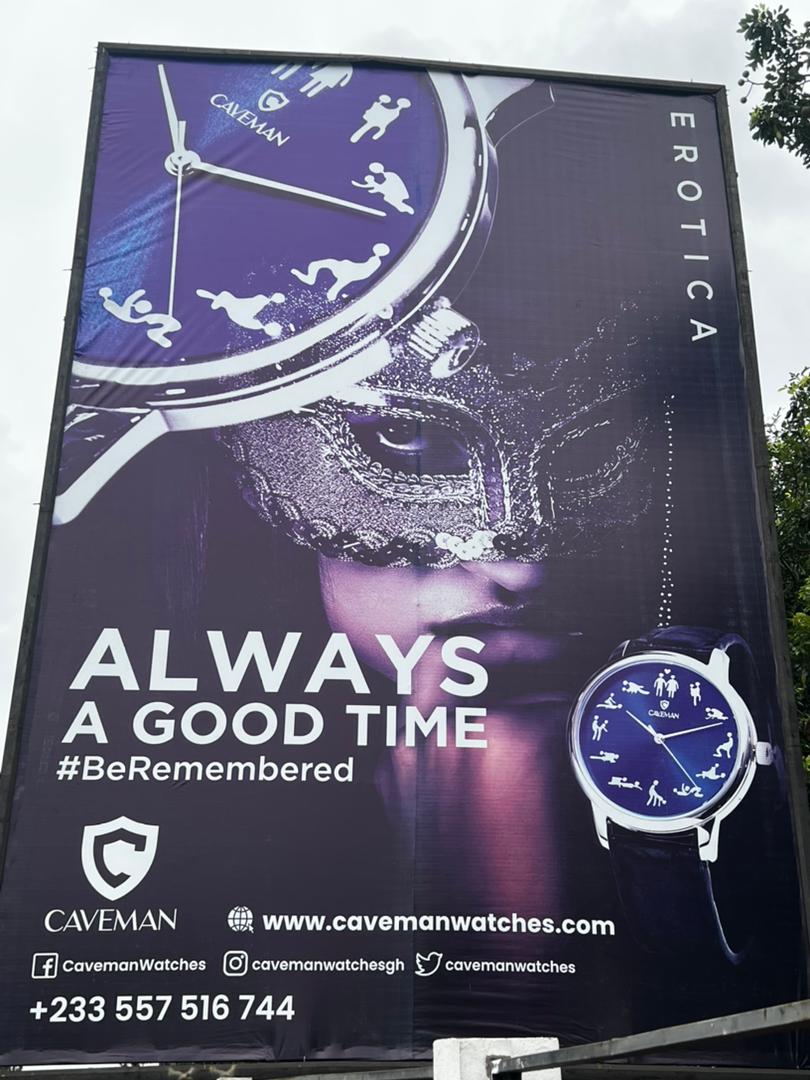 Caveman Watches, a Ghanaian-owned, globally endorsed watch brand, has got Ghanaians talking with one of its many creative timepieces, the “Caveman Erotica’.

The innovative timepiece”Caveman Erotica,’ a watch that appears to show some sensual detail, sparks a debate on ethical thresholds among some social media users. Images of a caveman billboard for the new piece started circulating recently on social media, sparking debates.

Some Ghanaians are of the view that these are just watches and violate no ethical boundaries, while others argue that the symbols are too sensitive and explicit with the term ”sex watch’ 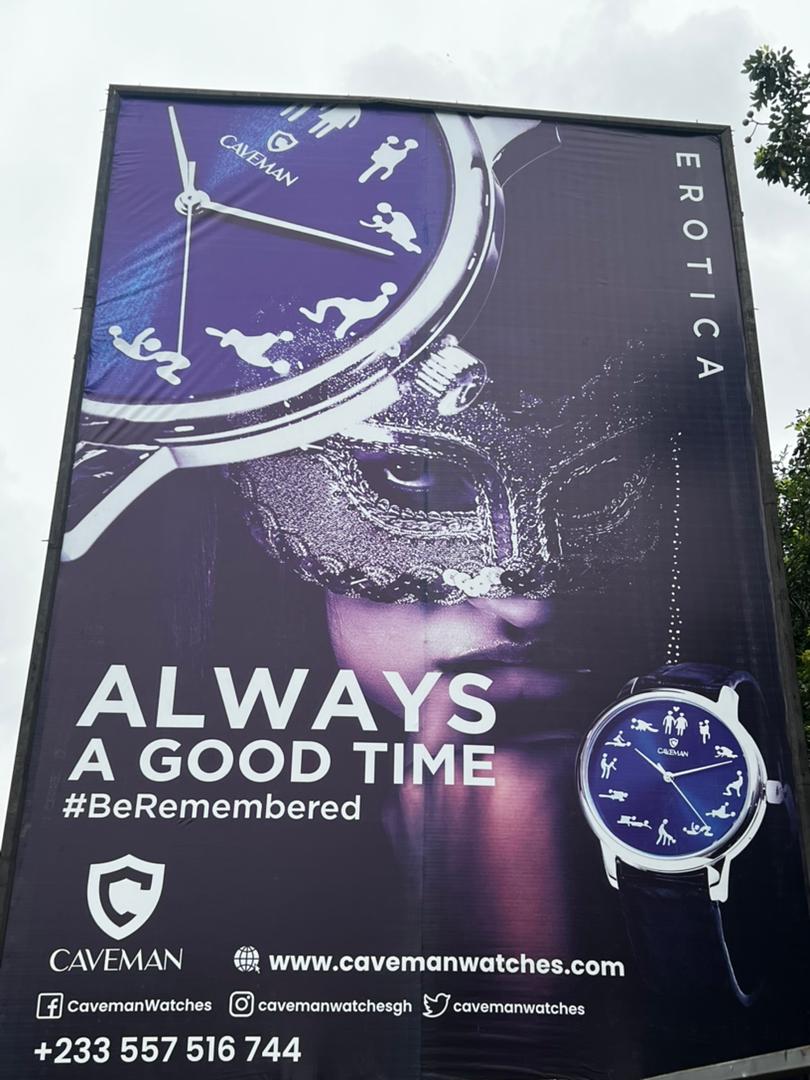 Caveman is a globally endorsed watch manufacturing company in Ghana that has caught the attention and has been featured in the New York Times and others. They have chalked many successes over the years with their beautiful and innovative timepieces such as the Blue Volta, which pays homage to the Volta Lake, and their flagship product, the Caveman Turbo Premium, which has adorned the wrists of the likes of the President of Ghana, H.E Nana Akuffo Addo, Hon Kojo Oppong Nkrumah, Dr Kwame Despite, Asamoah Gyan, Akon, Don Jazzy etc.

The globally accepted, New York Times-featured watch brand has been embraced and endorsed by many top leaders of the country and beyond, and has done remarkably well with their Water Africa project, installing free boreholes for communities deprived of potable water.