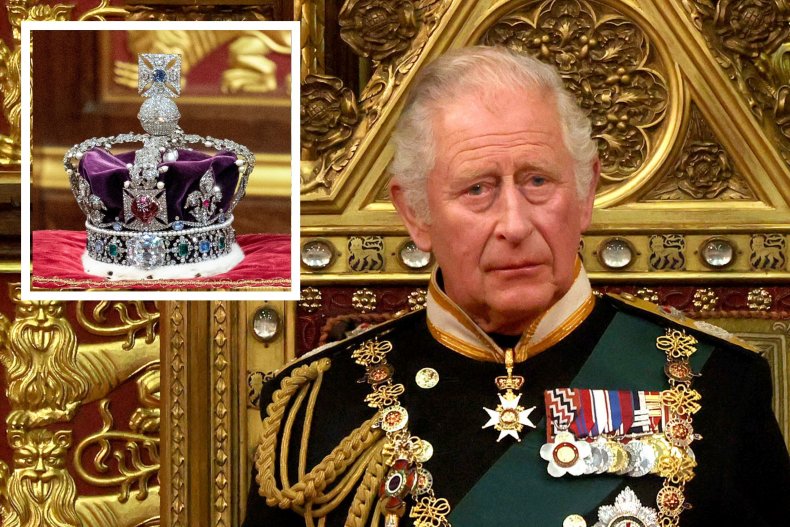 When Queen Elizabeth II died Thursday afternoon, the crown was immediately passed on to her eldest son and heir, now King Charles III, as part of the United Kingdom’s constitutional monarchy system.

First in line to the throne is now Charles’ eldest son Prince William, who along with his wife Kate, are the most prominent representatives for the family.

Second in line is William’s 9-year-old son Prince George, who is an elementary school student beginning to take part in more engagements with his parents, having made his debut at the Wimbledon finals this year, a royal tradition (after George, next in the line of succession are his two young siblings, Princess Charlotte, age 7, and Prince Louis, age 4).

Next in line are Harry’s son and daughter with his American wife Meghan Markle, Archie (age 3) and Lilibet Mountbatten-Windsor (age 1), who all reside in California after Harry and Meghan stepped down as senior working royals in 2020.

After Charles’ children and grandchildren, the next in line for the throne is Elizabeth’s second son, 62-year-old Prince Andrew, who stepped back from royal duties in 2019 amid public outrage over his friendship with disgraced financier Jeffrey Epstein (in February, he settled a sex abuse lawsuit with one of Epstein’s accusers for an undisclosed sum).

Elizabeth died Thursday at Balmoral Castle, her privately-owned residence in Scotland, after Buckingham Palace announced earlier in the day that she had been placed under medical supervision by her doctors out of concern for her health. Senior members of the royal family, including William, Andrew and Elizabeth’s third son Edward and his wife Sophie were photographed arriving in Scotland to be with the queen. The news comes after 96-year-old Elizabeth suffered from health issues over the past year.

Charles’ regnal title comes with some royal baggage. King Charles I was executed for treason in 1649 amid the English Civil War, and his son Charles II dealt with the both the Great Plague of London and Great Fire of London during his time on the throne. A prolific dog breeder, Cavalier King Charles Spaniels were reportedly named after him. Charles Edward Stuart, a Jacobite pretender to the throne, was called King Charles III by his supporters in the 18th century, though he failed to take power. British media reported in 2005 that Charles had considered choosing a different name for his regnal title, which Clarence House denied.

While the sovereign of the United Kingdom is the official head of state, they no longer play a political or executive role in the British government. Instead, kings and queens undertake constitutional and representational duties year-round with support from their immediate family, according to Buckingham Palace. Charles has stepped up to take over some of his mother’s royal duties over the past few years. Earlier this year, Elizabeth indicated she would like Charles’ second wife, Camilla, to become queen consort rather than princess consort—a move widely seen as Elizabeth’s endorsement of the couple after their many rocky years in the public eye. Buckingham Palace confirmed that Camilla is now queen consort in the statement announcing Elizabeth’s death.