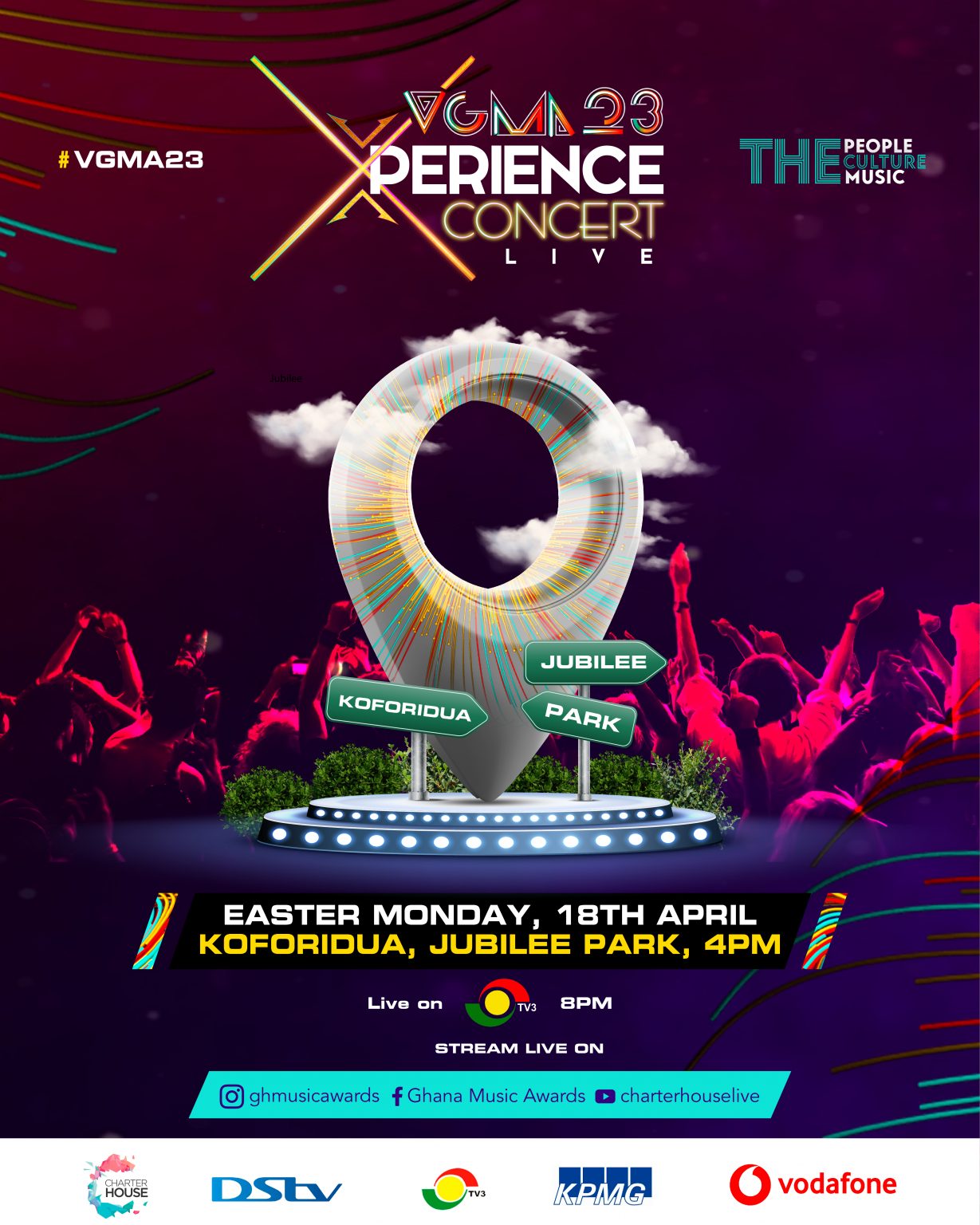 In 2013, Koforidua was brought to a standstill when the nominees of the Vodafone Ghana Music Awards made a grand stop in the city. Sensational and chart-topping artistes thrilled fans as they performed back-to-back hits.

Jubilee Park, Koforidua will be hosting the 2022 edition of the annual VGMA Xperience Concert slated for Monday, April 18th, the organizers announce

The event is part of an exciting series of activities that have been earmarked to heighten the VGMA experience in the music month of May. It will feature a carefully curated eclectic performance from some of the nominated artistes and will simulcast live to a virtual audience on TV3 and Facebook: Ghana Music Awards and Youtube: Charterhouselive from 8:00 p.m.

The VGMA Xperience Concert aims to give fans and nominees the opportunity to engage ahead of this year’s music’s biggest and most culturally significant night anticipated to be held in May.

“Curated from a cross section of VGMA22 nominees, the VGMAs present a live-performed musical experience designed for industry stakeholders, and produced for the massive music lovers on-air and online. It’s the month of music, and music’s biggest weekend beckons. The strings will create rhythms that command corresponding body poetry. Melodies of delight will sing on thousands of tongues ” the organizers said

As part of the festivities leading up to this year’s major VGMAs celebration, organizers had already launched the 2022 VGMA in Schools project at St Mary’s Senior High School in Accra. The music-in-school platform is part of the scheme’s attempts to bridge the gap between industry and academics, allowing students interested in a future in music to interact with experts.

On Thursday (April 7), the organizers announced the channel via which its board and academy members, as well as the general public, can vote for the 23rd VGMAs nominated artistes and music professionals. Voters have from now till the next few weeks to decide on their picks as voting is expected to end later this month.

Anticipation for the show is at its all-time high, as the VGMA Xperience Concert is the first official open-air concert since 2019.

With chart-topping artists such as Kofi Kinaata, Medikal, Fameye, Samini, Amerado, Kelvynboy, Joyce Blessing, Dope Nation, Akesse Brimpong, and many more, the experience can’t be anything less than surreal.

Continue Reading
You may also like...
Related Topics:Featured, VGMA