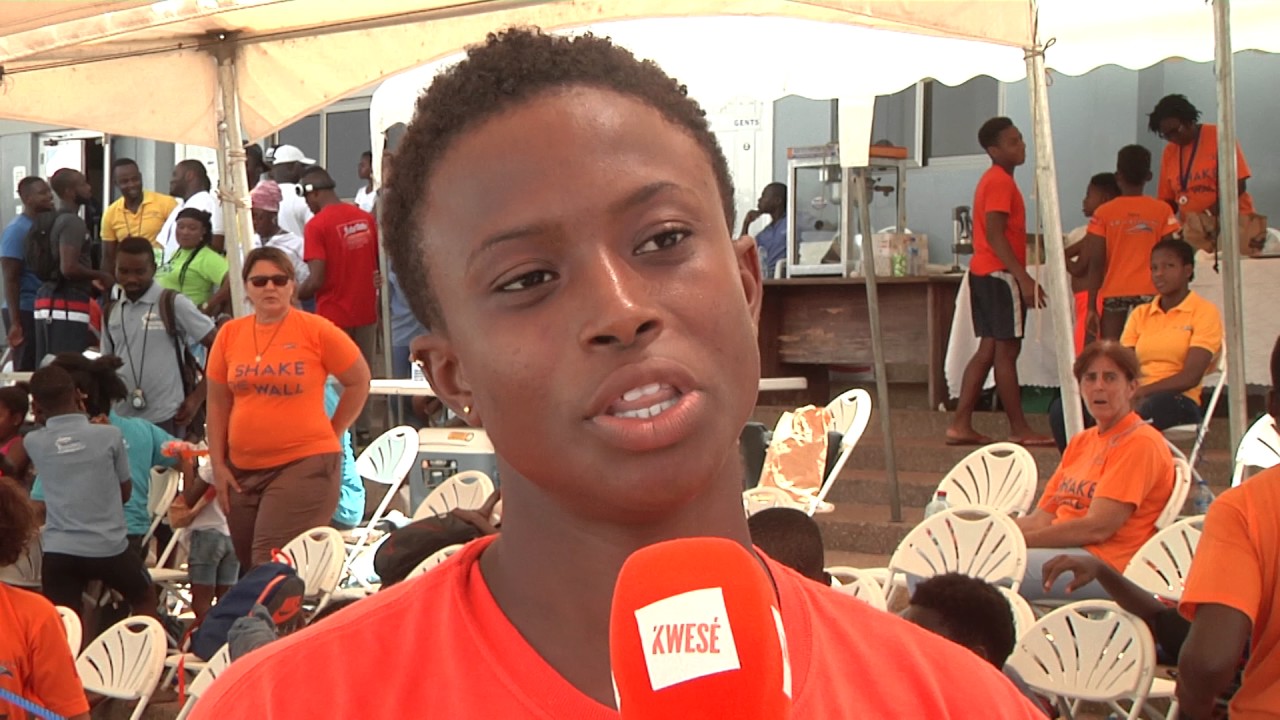 The professional Ghanaian athlete Laila Zangwio has a unique story. She was introduced to a sport she knew nothing about and came out tops – the very week of her introduction – to represent Ghana.

“I have been a CrossFit athlete for three years,” Zangwio told Asaaseradio.com. “I was introduced to CrossFit the first week of the qualifiers for the world championship, and among the females who competed in Ghana and outside of Ghana, I came in first, which was surprising, because it was a very new sport for me.”

“I have done CrossFit for three years, and in all those three years, I have been the national champion,” she said.

“Knowing that I’m competing at that level for the country is pretty much the highest level of competition for me, so it feels good.”

The 29-year-old was introduced to CrossFit in 2019 and has since risen to be a national icon in that space.

CrossFit has been developed as a sport to train all areas of physical condition: strength, speed, endurance and mobility, and it includes elements from gymnastics, for example, as well as Olympic weightlifting.

“My love for CrossFit grew when I heard people say it was a challenging sport,” Zangwio said, “although I never thought I could succeed in CrossFit, because the movements were intense and skilful.”

“There was no way that I could see myself winning the national competition because I had never heard of it or tried it before.

“I didn’t have any hope; all I knew was that I was going to challenge myself. The first time I successfully executed a muscle-up in 2020 was very memorable for myself and my coach,” said Zangwio in an interview with Asaase 99.5 Accra’s Winifred Lartey.

In competitions, CrossFit athletes perform in many events during a day, covering a wide range of tasks.

“CrossFit is a lifestyle, and even the competition is something that involves a lot of mental work and skills,” Zangwio said.

According to the seven-times national triathlon champion, CrossFit outside of Ghana is the same thing, except that “you’ll meet people who are extremely good because they have been exposed to a lot of equipment that we haven’t yet had in Ghana”.

“You’ll meet people who are extremely strong and extremely skilled because CrossFit has been a thing for them for so long, unlike Ghana, where CrossFit started about five years ago,” she said.

“The only difference is that CrossFit is big over there, and they produce better and more skilled athletes than we do here in Ghana. It’s a pretty new thing here.”

However, she encourages everyone – male or female – skilled or unskilled, to try CrossFit, because “it’s basically bits and pieces of functional movement that are put together”.

“It [CrossFit] involves everyday life activities, like picking something up off the floor or putting something on a shelf. It’s a beautiful sport, and everyone should be able to allow their body to experience those movements,” she said.

Zangwio advised CrossFit athletes who intend to compete in the 2023 All Africa Games to be ready both mentally and emotionally.

“You must start putting in the work and making the sacrifices now,” she said.

“To the women who think CrossFit makes them masculine, that is false.

“It’s largely a matter of education because, even in today’s qualifying events, there’s only one event that requires heavyweight lifting, while the rest of the movements are essentially covering your own body weight and a mixture of functional movements, which are very light.

“Aside from CrossFit, I have competed in numerous triathlon world championships,” she said.

She did, however, appeal to the Ghanaian government to invest in less well-known sports such as CrossFit.

“There is no government association that is responsible for CrossFit. CrossFit is a new sport, so it’s exclusive to individuals, and I’m looking forward to my father’s transformation.”

Continue Reading
You may also like...
Related Topics:Featured, Laila Zangwio