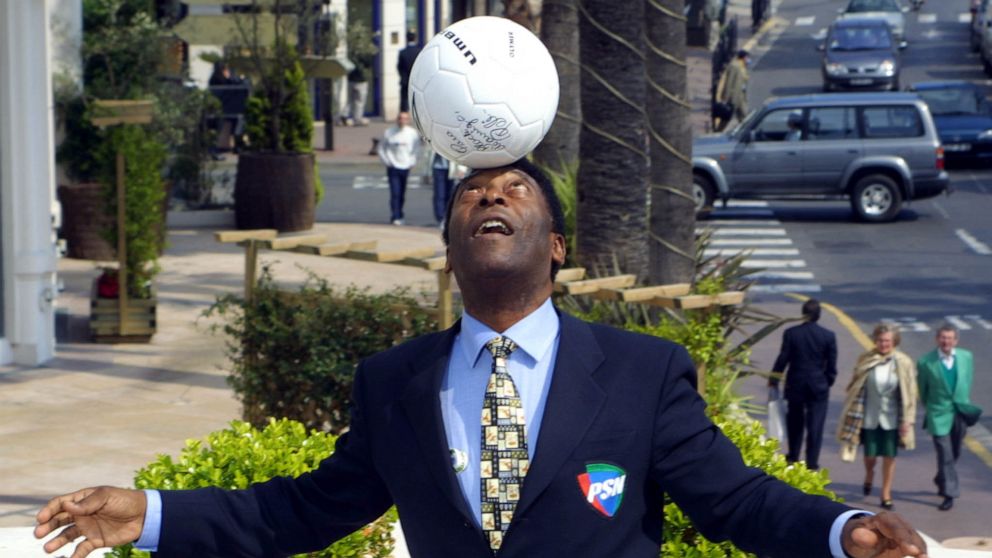 Lauded by many as the greatest player to ever play football, Pele had been battling health issues in recent years. He was pictured in a wheelchair at the 2018 World Cup and was taken into hospital after collapsing due to exhaustion a month after the tournament.

He had been receiving regular treatment from doctors ever since undergoing surgery to have a tumour on his colon removed in September 2021, but had been readmitted to hospital towards the end of 2022. His condition failed to improve, with Pele remaining in hospital in Sao Paulo throughout the 2022 World Cup and then for Christmas, as his family confirmed.

Pele’s daughter, Kely Nascimento, had been providing regular updates on her father throughout the month with the world learning of his ill health, before his death was confirmed on December 29.

Pele made his debut for Santos in 1956 in what was the start of a career that would turn the game on its head. The Brazilian forward would revolutionise football with his style of play and rampant goal-scoring over the next 21 years, forging a legacy as one of the most talented players to ever grace a pitch and bringing forward a style that nobody had ever seen before.

17-year-old Pele initially announced himself in spectacular style at the 1958 World Cup, firing Brazil to the trophy with the No.10 on his back while showing off a catalogue of skills that had never been seen before, earning the nickname O Rei (The King) for his exploits. A hat-trick in the semi-final vs France was followed up by a brace in the final against Sweden, and he returned for Mexico 1962 as undoubtedly the greatest player in the world.

At club level, a mammoth 18-year spell with Brazilian side Santos saw Pele win six Brazilian titles and two Copa Libertadores crowns. He then spent his final two years as a player in the booming NASL with the New York Cosmos, and in the bulk of his years after retirement he worked as an ambassador around the world.

He retired having won three World Cups – and currently remains the only player to do so – and is still Brazil’s top scorer with 77 goals from his 92 caps. Pele reportedly scored over 1200 goals throughout his illustrious playing career, including friendlies and tours of the world, while inspiring the next generation of football with his undeniable talent and flair that was endlessly ahead of its time.

Continue Reading
You may also like...
Related Topics:Featured, pele