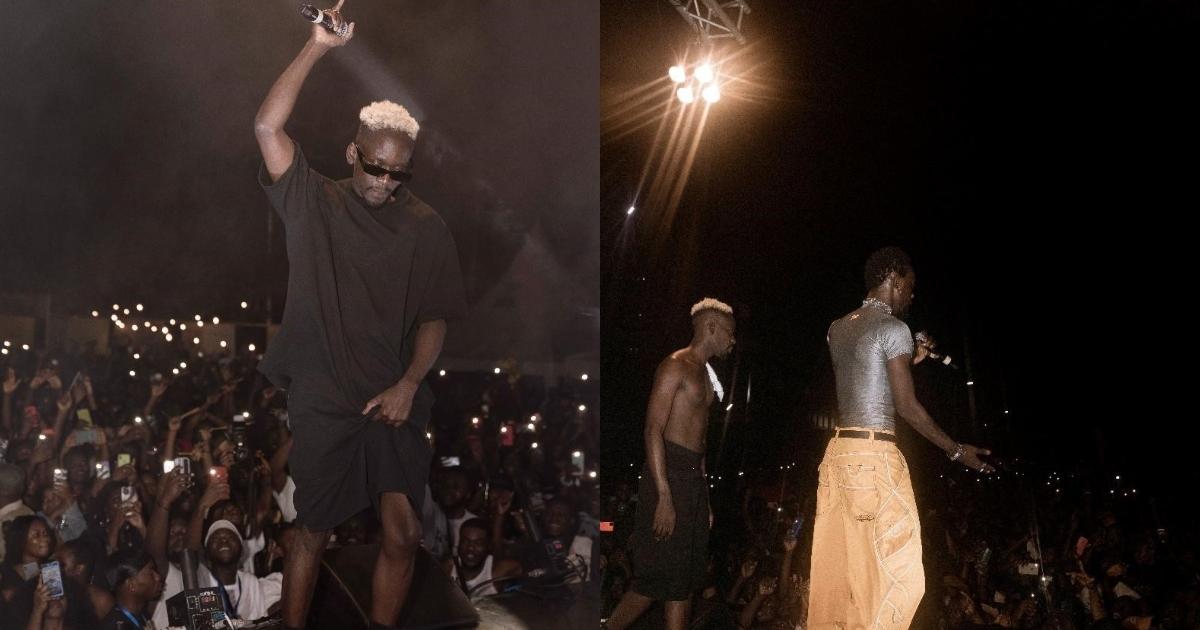 Mr Eazi, Black Sheriff, Joey B, and others bring ‘Da Funk’ to UCC On The Road To Detty Rave Campus Tour

Mr Eazi’s ‘Da Funk’ edition of the Road To Detty Rave campus tour got off to a great start when an A-list artiste lineup pulled up at the University of Cape Coast (UCC) last Saturday.

Mr Eazi brought out fresh blood and other musicians who have attained iconic status to give the UCC students a taste of what is to come this December when Mr. Eazi will be hosting other artists from around the world for the Detty Rave concert.

Anchored by Kojo Manuel with DJ Aroma on the turntables, the Road To Detty Rave stop at UCC was a major crowd puller. The night was marked by A-list performers such as Tulenkey, Kelvynboy, Darko Vibes, D Jay, Black Sheriff, Joey B, and Mr. Eazi himself, who brought out back-to-back show-stopping performances.

Mr. Eazi on stage at the Road To Detty Rave concert at UCC

The main concert started when Mr. Eazi stepped onto the stage much to the joy of the UCC students. Then there was the moment when Black Sheriff also unexpectedly went on the stage to thrill the students. His session was a huge sing-along performance as the students sang all his songs verbatim with him.

As ever, the crew from DWP Academy also brought every move they had to the stage, which added to the high energy of the night and gave the students a night to remember. This was the first major event on the UCC campus this semester.

Besides giving students a taste of what is to come, ‘Da Funk’ edition of the Road to Detty Rave campus tour is also aimed at providing up-to-date information on how to secure early bird tickets for the main Detty Rave concert scheduled to hold in December at discounted prices.

You can do that here: https://dettyrave.shoobs.com/signup

Since its inception in 2017, Detty Rave has been a major draw of West Africa’s #DettyDecember calendar, bringing an all-star cast of international performers and guests to Accra including Rick Ross, Koffee, Giggs, Naomi Campbell, Idris Elba Joeboy, Kranium, King Promise, Simi, Busiswa and KiDI, alongside sets from Africa’s top DJs.