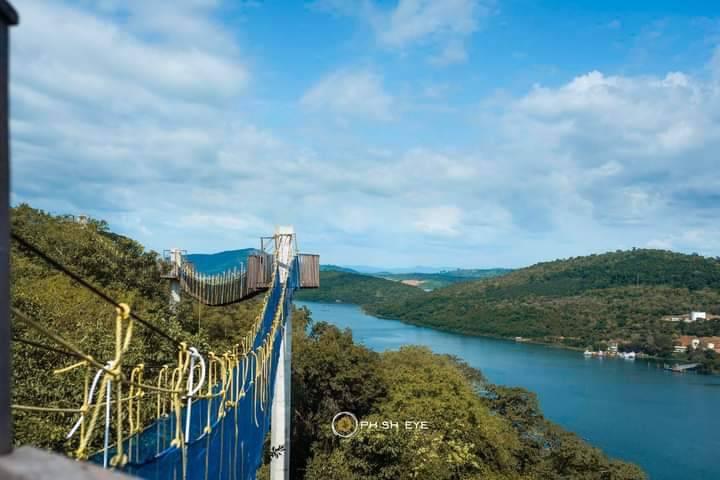 Peninsula Canopy Walkway in Akosombo is the Longest in West Africa

Weighing 32 tonnes, it is one of the most iconic canopy walkways in Ghana and by extension West Africa.

Hanging on 15 concrete pillars other than the traditional tree support that is known for canopy walkways in the country, the Peninsula Canopy Walkway at Akosombo is currently the longest in Ghana as well as West Africa, was built by Mr Kenneth Akufo Asare.

Mr Asare has been involved in the making of canopy walkways since 1994 and is the only Ghanaian to have worked with the Canadians who constructed the most popular of all canopy walkways in Ghana, the Kakum National Park Canopy Walkway in 1995.

According to the canopy walkway builder whose firm, Kenneth and Sons Company Limited, has also spearheaded the construction of eight other similar facilities in Ghana and West Africa, the Peninsula canopy walkway which cost US$ 200,000 to build, also took eight months to construct (April to December 2019) and can carry six persons at a time. 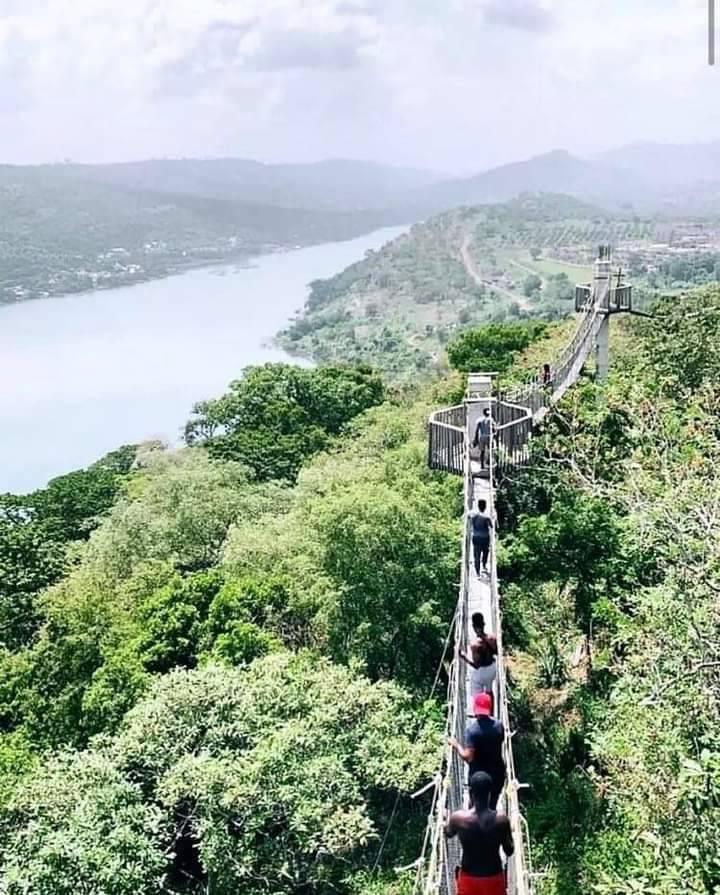 The Peninsula Resort canopy walkway measures 550 metres long and 38 metres above the ground. The beautifully positioned canopy walkway gives an alluring view of Volta Lake and its environs.

Constructing it, however, did not come easy, as transporting logistics to the hilly site of the canopy was very tedious, while digging into the rocky ground to erect the pillars was also a hectic task.

Compared to the Kakum National Park facility, which is the first commercial canopy walkway measuring 350m long and close to 40m high, and the second commercial canopy walkway at the Bunso Eco Park, measuring 320m long and 37m high and hanging on trees of their respective forest reserves, the Peninsula Canopy Walkway is hung on artificial pillars because of the absence of a forest reserve.

The facility, which is yet to be officially inaugurated has started gaining attraction as persons who lodge in the Peninsula Resort also make use of it as another tourist attraction.

Other canopy walkways supervised by Mr Asare in West Africa can be found in places such as the University of Ilorin in Kwara State (Nigeria) measuring 250m; Ankasa Forest in the Western Region which measures 90m; Legon Botanical Gardens, 160m; Kintampo and Amedzofe waterfalls measuring 220m and 170m respectively and the Ave Maria Canopy Walkway, which was removed before the Tema Harbour Expansion Project took off.

Continue Reading
You may also like...
Related Topics:canopy, Featured