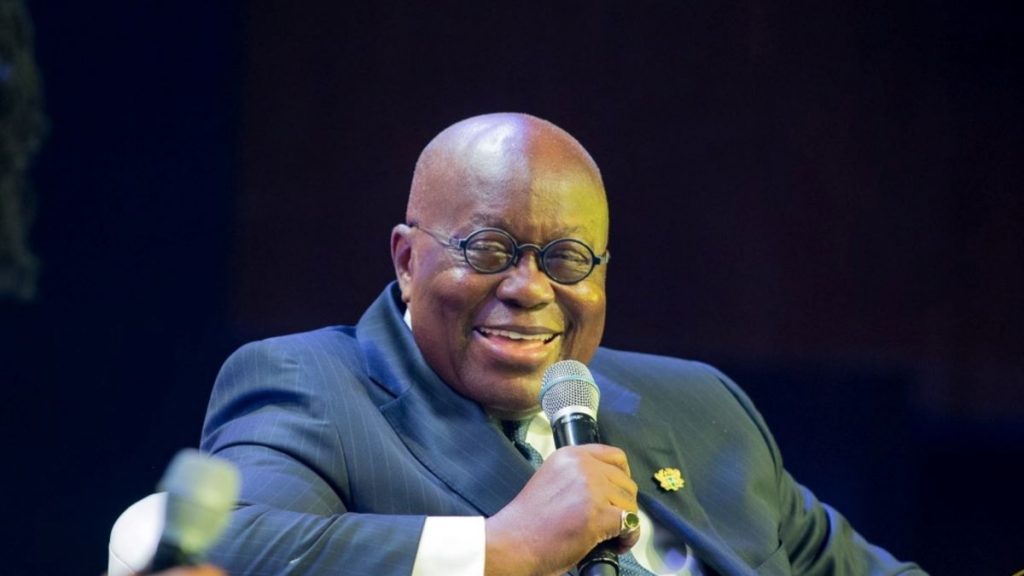 The Chiefs and people of Daffiama-Bussie-Issa Traditional Area have, on Tuesday 23rd August 2022, conferred the chieftaincy title of “Yelemanga Naa”, to with “Chief of Truth”, on the President of the Republic, Nana Addo Dankwa Akufo-Addo, at a brief durbar in Issa.

The conferral was done when President Akufo-Addo visited the town to inspect the progress of work on the Agenda 111 Hospital Project in the Daffiama-Bussie-Issa District, as part of his two-day tour of the Upper West region.

According to the Paramount Chief of the area, Naa Yelekuang Bawiele, the honour is a recognition of the extensive developmental projects undertaken by the President, since he assumed office in 2017, which is an adherence to the promises made to the people of the area during the electioneering campaign period.

Addressing the gathering on the completed and ongoing projects in the area, Naa Yelekuang Bawiele said, “we requested that you hasten the process to upgrade the Issa Health Centre, which was then a CHPS Compound, to a district hospital. It has been upgraded to a Polyclinic status since 2019. This is the first in the history of the district since its creation in 2012 as the district had neither a district hospital nor a polyclinic.”

Additionally, he said, “you (President Akufo-Addo) promised to provide the Issa Youth Leadership Training Institute with a bus, and you did exactly that, and the school has now been upgraded into a Technical Institute under TVET.”

The Chief continued, “Through your leadership, the District Assembly, led by the DCE in collaboration with the Catholic Church, has established a Senior High School here some two years ago,” he disclosed.

On roads infrastructure he said, “we also requested for the tarring of the Issa Town Roads and you delivered” adding that, “the district capital now has a tarred road and more importantly Fian-Wogu road, Issa Kojokperi – Wahabu – Wellembelle road are also under construction.”

Continuing he said, “we are also aware of your government’s collaboration with the European Union to construct some roads and markets in the district. Notable amongst them are the Fian-Owlo-Daffiama-road, Wogu-Saamanbo road amongst others. You all know Chiefs do not participate in partisan politics. All that I have said is devoid of political interest but facts that can be verified.”

President Akufo-Addo, on his part, assured them of his resolve to ensure that needed developmental projects are equitably distributed across the country, including the Upper West region.

Continue Reading
You may also like...
Related Topics:Featured, President Akufo