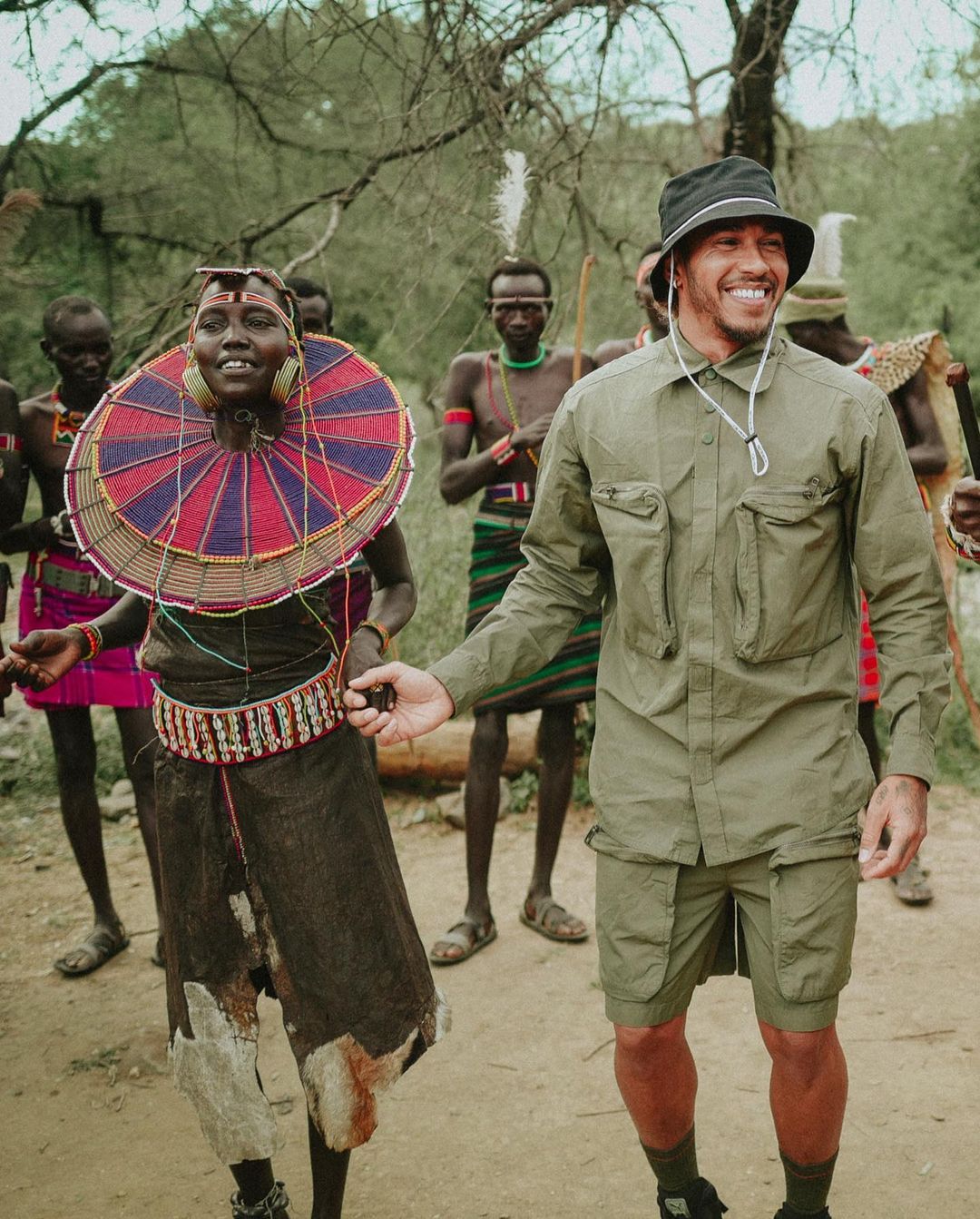 He may have missed the official year of return, hosted by Ghana in 2019, but we’re loving that Lewis Hamilton, who recently toured Africa, did so the “right” way.

His words: “I’m finally tracing my roots through Africa, and guys, to say this journey has been a grounding experience is an understatement.”

We love that Lewis, who was born in Stevenage, UK, came to Africa not as a goodwill ambassador showcasing what’s not working on the continent but that, on the contrary, he could prove a celebrity can travel to Africa without telling stories of a broken continent.

The F1 champion spent two weeks in Namibia, Tanzania, Kenya, and Rwanda, and his trip made headlines around the world.

While he’s not the first celebrity to find his roots in “the motherland”, his visit here gave us Africans and the world a glimpse of the continent as a travel destination and a fun and adventurous place to be.

Africa is the second fastest growing market for tourism in the world in 2019, and his trip could bring in millions of dollars for the countries he visited.

Tourism gets a boost whenever a hyper-visible celebrity visits a country. Their millions of fans (Hamilton has 29.6 million followers on Instagram alone) understand that while they may never get to meet their hero, they can share an experience–either online or in the flesh. And we’re glad Lewis opened the door wide for them to share in what Africa can offer.

Experiencing “destination Africa” through Lewis was, in a word, beautiful. We got to soar over the Namib Desert, trek gorillas in Rwanda, feed giraffes and play with baby elephants in Kenya, and also meet the Pokot people to learn more about their life and traditions.

It’s impossible to travel to any place in the world without missing the not-so-rosy aspect of life there; yet not once did Lewis offer commentary about headline-grabbing socio-political issues. Instead, he kept it personal, sharing his pictures of Africa as #TravelGoals.

His words were just as compelling. Where many celebrities inevitably end up taking pictures of poor but happy African children, he showed a blow-by-blow account of his experiences and nothing else.

“How does one describe such an experience that leaves you speechless?” he asked. “Everywhere I look, I’m surrounded by so much beauty,” he said about Namibia.

His encounters with natural heritage spoke about how communities are protecting the environment. After visiting the Reteti Animal Sanctuary in Kenya, he wrote,

“They’re the first indigenous, community-owned and run sanctuary in Africa, and the work they do for these animals should be an inspiration to us all.”

Besides being a huge boost for tourism, his trip was a refreshing lesson for other celebrities on how to use their star power and publicity machinery to put a human face on and shine an aspirational light on Africa.

Most of the stories the world knows about Africa remain rooted in poverty, disease, conflict, drought and other social issues. Many of the celebrities who come to Africa use their platforms to advocate for development-related issues—and there is nothing wrong with that. However, this persistent take on the continent doesn’t do us any favours as it cements the idea that Africa is broken and in need of help.

Lewis found and shared another side of Africa. As one of the most influential people in the world, all eyes are on him, on and off the racing track. And we’re glad to see this global icon using his platform to tell a different story about Africa.

Continue Reading
You may also like...
Related Topics:Featured, Lewis Hamilton