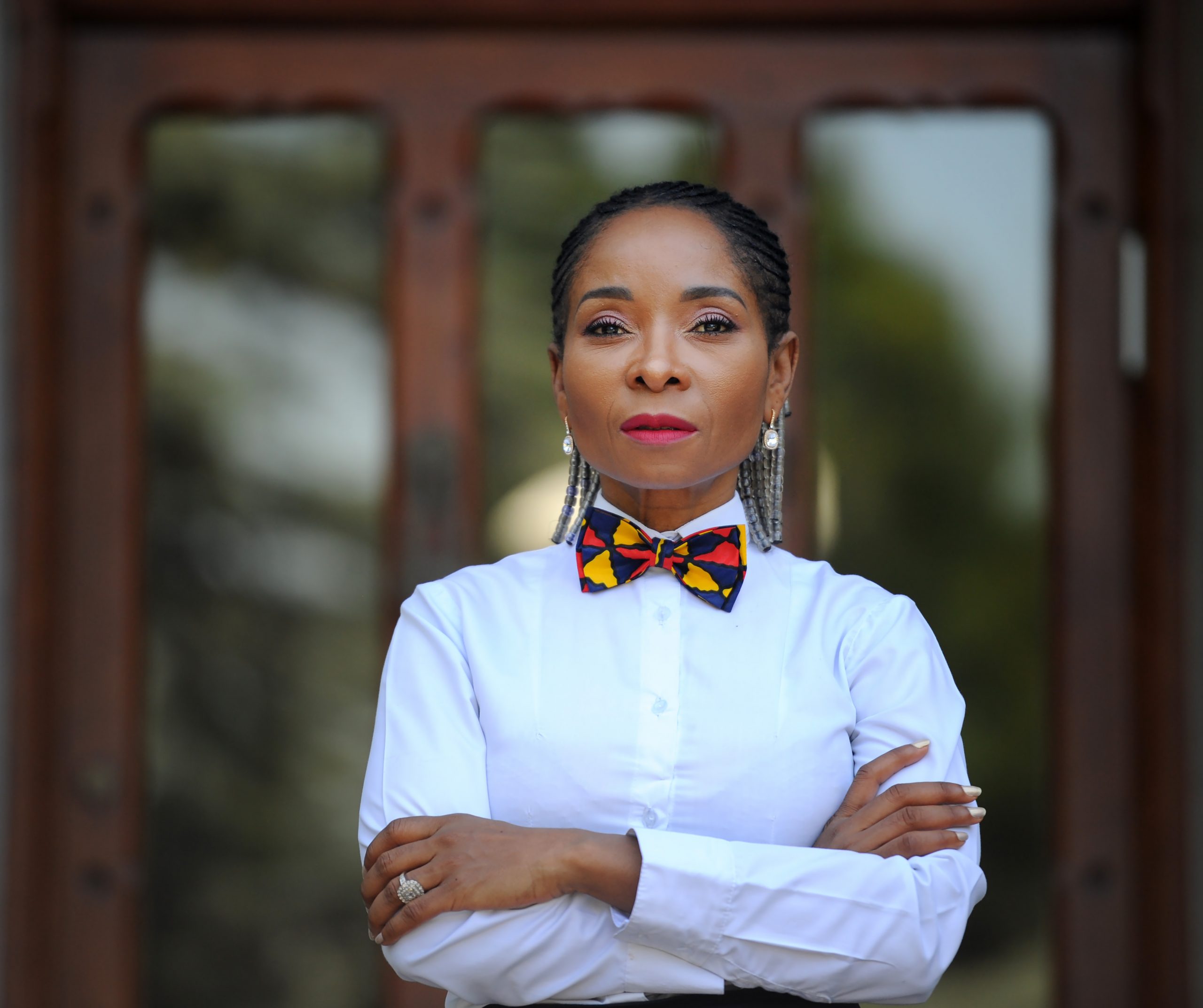 New award, founded this year by T4 Education and HP, recognises University of Cape Town Vice-Chancellor for her impact, leadership, and advocacy in the field of African education.

Professor Mamokgethi Phakeng, Vice-Chancellor of the University of Cape Town, South Africa, has today been named the winner of the inaugural Africa Education Medal, launched this year by T4 Education and HP in collaboration with Intel and Microsoft.

Professor Phakeng was chosen as the winner from among 10 finalists for the Africa Education Medal from across the continent including H.E. Jakaya Kikwete, former President of Tanzania.

The Africa Education Medal was founded to recognise the work of those changemakers who are transforming African education. UNESCO data show that sub-Saharan Africa has the highest rates of education exclusion in the world. Over one-fifth of children between the ages of 6 and 11 are out of school, with girls particularly disadvantaged. However, tireless international efforts have seen Africa make great strides in boosting enrollment in the decades leading up to the pandemic. By celebrating the stories of those working every day to expand upon these vital gains, the Africa Education Medal aims to inspire others to follow in their footsteps and bring lasting change in African education.

Professor Mamokgethi Phakeng is Vice-Chancellor of the University of Cape Town, South Africa, and among the world’s leading scholars in mathematics education. Growing up in rural and township South Africa during Apartheid, she became the first black female South African to achieve a PhD in Mathematics Education in 2002 and she is determined not to be the last. In the two decades since she has published more than 80 research papers and five edited volumes that continue to shape mathematics education in classrooms across Africa and far beyond. Her research focuses on language practices in multilingual mathematics classrooms and has proved influential in post-colonial Africa and post-Apartheid South Africa in particular.

Her research and community work have won her many prestigious awards, not least the Order of the Baobab (Silver) conferred on her by the President of South Africa in April 2016. She was named the most influential woman academic in Africa by CEO magazine in 2014, and in 2020 she was included in Forbes’ inaugural list of the 50 Most Powerful Women in Africa. This year she became the first African to be elected chair of the International Alliance of Research Universities, succeeding Professor Stephen J Toope, Vice-Chancellor of the University of Cambridge.

Professor Phakeng has shown exemplary leadership in her field, with her research illuminating how learners and parents are positioned in and by the power of English. Her work explores practices in mathematics learning that harness learners’ spoken languages while developing their mathematical English. This innovative work has highlighted those typically disadvantaged by their multilingualism in an English-dominant society and it has embraced the power of languages in learning.

“Professor Mamokgethi Phakeng’s drive and leadership in transforming education across Africa and beyond stand as a shining example to others all over the continent.

“We at HP can only echo her passion for empowering learners. From a business community perspective, we have a bold goal to enable better learning outcomes for 100 million people by 2025. Only by joining forces between NGOs, government, educators and businesses we can make bold moves towards improving the education environment. A quality education empowers not just individuals, but entire communities. It will skill the next generation to fulfil their full potential in a world being transformed by technology.”

Professor Mamokgethi Phakeng said“It is the greatest honour to be recognised for my life’s passion. Quality education is the key to Africa’s future and I’m so grateful to HP, Intel and Microsoft for this award that I hope will inspire others across our continent to further the cause of African education.”

Vikas Pota, Founder and CEO of T4 Education, said“Quality education will help African countries grow and prosper. And it will help Africa produce the public leaders of tomorrow who will go on to grapple with the continent’s greatest challenges from inequality, to climate change, food insecurity and disease.

“Congratulations to Professor Mamokgethi Phakeng, a great example of someone working every day to make that vision a reality. I have no doubt leaders from across Africa will be inspired to follow in her footsteps.”

“She brings that inspirational leadership and academic rigour to everything she does. And it is for her impact in a variety of fields that she is being justly celebrated today. She is a university leader, a pioneering researcher, and the founder of an NGO — and in each of these roles she shows us, through careful study and thoughtful advocacy, not just that equity is the foundation for excellence, but also how to achieve it. She truly captures the spirit of the Africa Education Medal, and I congratulate her for having this honour bestowed upon her.”

The winner of the Africa Education Medal was chosen by a Jury comprising prominent individuals based on rigorous criteria from among 10 finalists:

We believe every child everywhere deserves a good education. We are building the world’s largest community of teachers and schools to achieve this. Together. Our digital media platform provides opportunities for educators to network, collaborate, share good practices, and support each other’s efforts to improve learning. We work to amplify teachers’ voices because the world we want to see will only be built by listening to those at the heart of education.

Our global community of over 200,000 teachers and our digital media platform provides an engine for organisations to run education prizes that cut through in both the international media and the public consciousness.

Continue Reading
You may also like...
Related Topics:Featured, Professor Mamokgethi