Cultural appropriation, bias, racism and the widely accepted meaning of “homegrown” British talent are just some of the themes covered in Hugh Quarshie’s powerful opening dialogue in the premiere of new ITVX drama Riches.

In the first scene of the anticipated drama, Stephen Richards (Quarshie) is giving an interview to a journalist who fails to see the pitfalls in his questioning about whether “discriminatory practices” had an impact on the early success of Richards’s company, Flair & Glory. 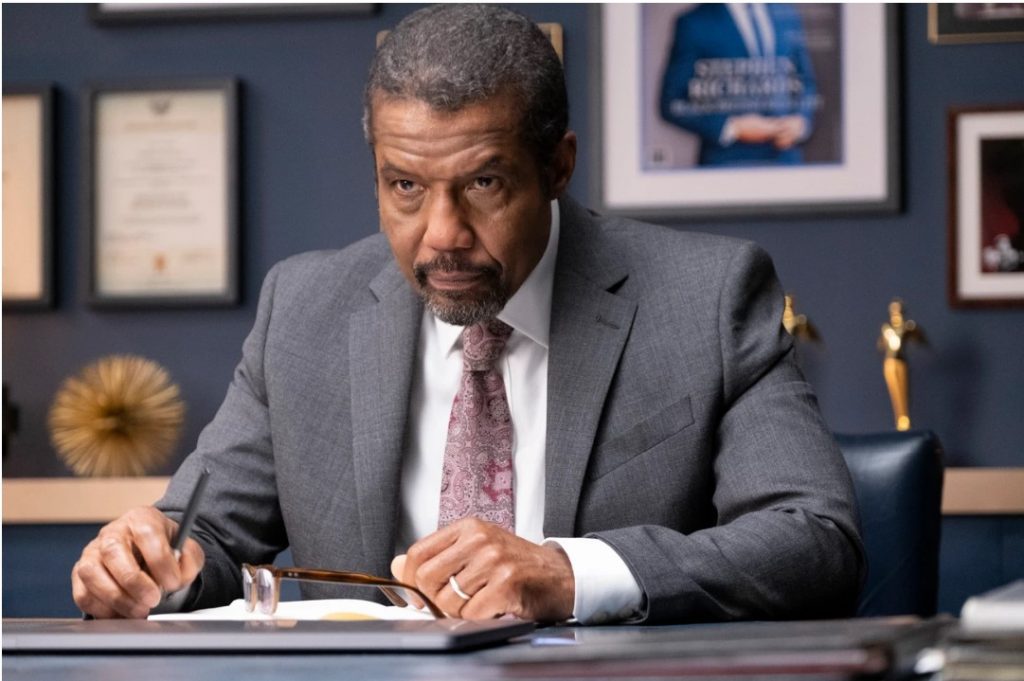 The family-run company is a booming success, but when the conversation turns to Richards’s two other children, he quickly moves the interview on. And so, the dramatic foundations for Riches are laid.

The new drama comes from Abby Ajayi, one of the writers behind Shonda Rhimes’s How to Get Away with Murder, and breathes new life into the TV drama schedule.

Like the saga-fuelled American series we all know and love – think Dynasty, Scandal, Grey’s Anatomy – Riches benefits from well-paced revelations, untrustworthy characters and family disputes to propel it forward. The result? The kind of drama viewers will easily consume and still want more of; that’s how well written and salacious the series is.

More importantly, though, it’s quite unlike anything on British television at the moment.

For far too long, terrestrial channels have struggled to keep up with the appetite for authentic, diverse series that don’t just tell a story about racism and trauma, but also deliver all of the kinds of meaty plot lines we expect of some of our most beloved dramas.

Riches fills a gaping hole in the TV series market right now – and that’s majorly because of how it doesn’t feel as though it’s trying too hard to do so.

The drama centres on the Richards family and their company, Flair & Glory. After Richards’s unexpected death in the first episode, the question of who will inherit the company seems to be an easy one. But when his American children Nina (Deborah Ayorinde) and Simon (Emmanuel Imani) fly over to London from New York, they soon find out that they were included in the will – in a surprisingly big way.

The series is a depiction of wealth and power struggles, but at the heart of it is also an authentic depiction of Black London.

The soundtrack – full of songs from artists like WSTRN and Wizkid – along with the effortless London slang woven into dialogue, mentions of jollof rice and depictions of being racially profiled by the police, feel incredibly true to the experiences of being Black in the capital.

It’s refreshing and much-needed to have a series like this that doesn’t feel like it’s merely ticking a diversity quota box or haphazardly homogenising the Black British experience. Instead, it’s a series that is grounded in authenticity. From mentions of The Voice newspaper to popular Black British influencers like Patricia Bright, there isn’t a part of this drama that feels overdone or clumsy.

In one especially poignant flashback scene, Nina (Ayorinde) remembers going to the hair shop with her mother when she was young. The owner proceeds to follow them around, to which her mother questions him.

After a dispute, her mother turns to her and says: “Until Black people have their owns shops, these people – white, Brown – they will keep their foot on our neck. Nina, never let these people hold you back.” 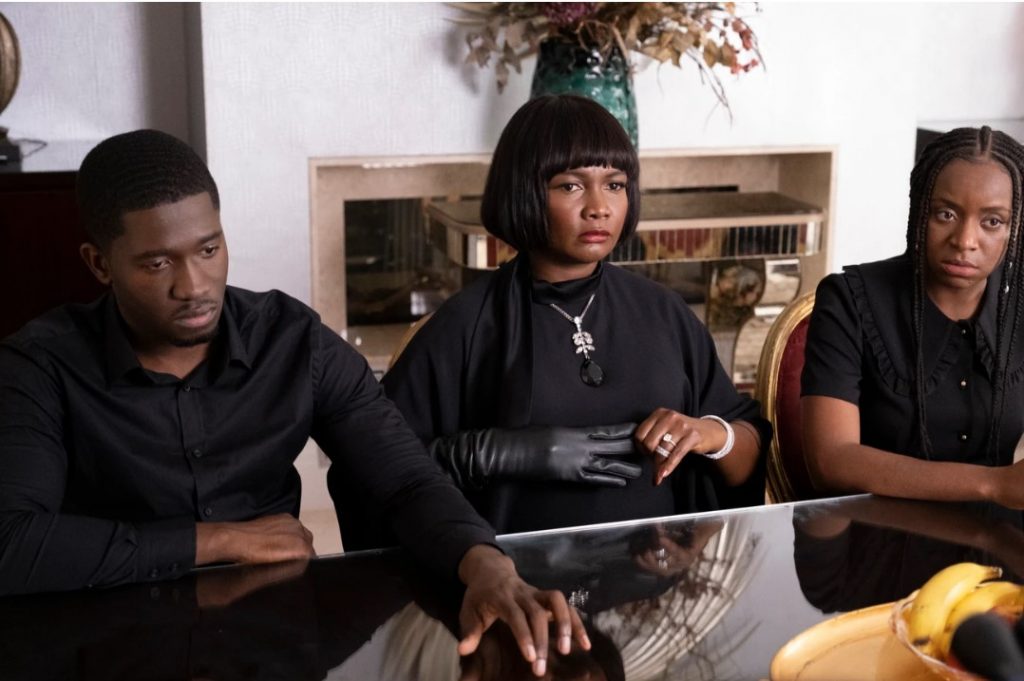 Nneka Okoye as Wanda, Ola Orebiyi as Gus and Sarah Niles as Claudia in Riches. ITV

Conversations about Black business ownership, Black hair and beauty standards are not topics that are usually portrayed within British dramas but, as well as being an incredibly important (and real) ongoing cultural conversation, the scene also provides crucial context as to Nina’s motivations for wanting to take over her father’s business.

It’s that flashback that prompts Nina to return to that same hair shop, find her father’s brand and meet with the rest of the family to tell them she’s changed her mind about not wanting to inherit Flair & Glory. “This is our birthright,” she says.

The family dynamics presented in Riches will also be relatable for many viewers. The overarching messages of loyalty, honour and respect are at the forefront for many African and Caribbean families but in Riches, the Richards family also has the threat of legacy at its core.

“They are greedy gold-diggers”, Wanda (Nneka Okoye) says in reference to her half siblings, while matriarch and Stephen’s second wife, Claudia (Sarah Niles), declares to her own children that “we are at war”.

You wouldn’t expect anything less dramatic and family saga-filled from one of the writers behind How to Get Away with Murder, after all.

The pacing feels typically and wonderfully American, in that it is packed full of revelations, substantial dialogue, and is also slick, stylish and melodramatic – in the best possible way. But it is also innately British in its portrayal of the Richards family.

As each pre-advertisement scene closes, you can’t help but wish the minutes to fly quickly past to get swept back into the drama. It’s the sign of any great show, but it’s also the sign of a show that viewers far and wide have been in dire need of.

Riches marks the fact that there is a gaping hole in the landscape of British television for dramas like these, but thank goodness it’s doing its best to fill it.