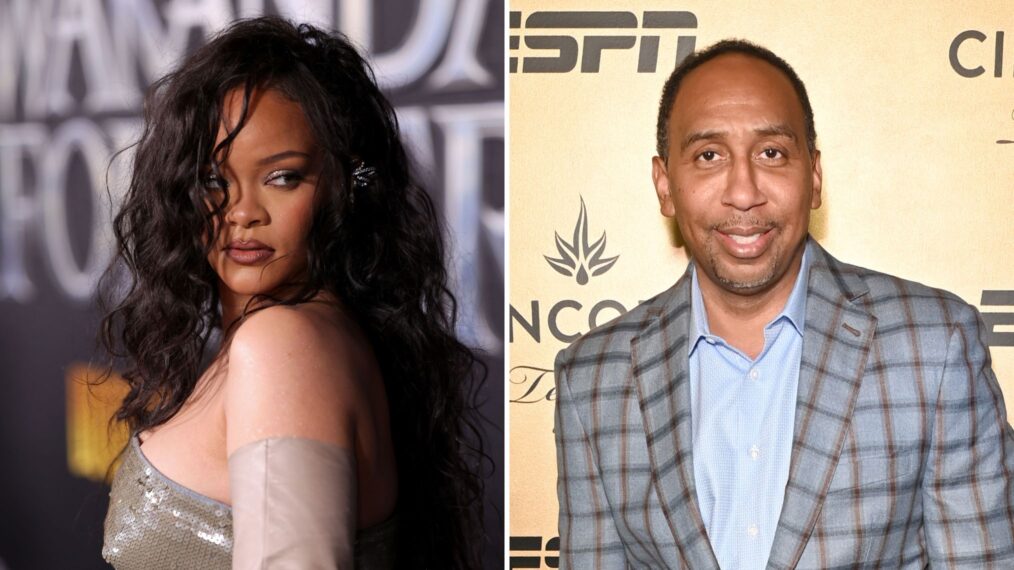 “I just got off of First Take and I saw some headline that’s circulating all over the place about my quote that Rihanna ain’t Beyoncé,” he said in a video posted to social media. “See, you know I’m gonna own it. I know what y’all trying to do. But I’m going to own it because I get paid to speak for a living, so I need to be more careful. I want Rihanna to know: You’re a superstar. You’re sensational. You’re spectacular. You’re no joke and you are a worthy person to be doing the Super Bowl halftime show.”

Smith went on to say he never intended to disrespect Rihanna, nor was he trying to single her out. He said he considered Bey’s halftime show performances set a new standard not only for Rihanna, but for every other artist will secure the coveted gig.

“Michael Jackson could still be alive and I would say, ‘It’s gotta measure up to that …’ he said about Rihanna. “I meant it as no disrespect to Rihanna. I know she’s phenomenal,” he said about Rihanna. “And she’s my sister. Nothing but love for her. But Beyoncé is my sister, too. I got love for both of them. I just think that Beyoncé is the greatest performer out there today. That’s me. That doesn’t mean I’m hating on anybody else.”

Smith concluded his statement with an apology to Rihanna.

“Rihanna, go do your thing. I apologize for creating whatever brouhaha comes of this,” he said. “I gotta be more careful with people twisting and turning this into something it ain’t. My bad on that … Good luck, sweetie. I look forward to seeing you perform.”

Apologies to Rihanna for my words, gotta be more careful! pic.twitter.com/RLcsaQAJ4v

See the original story below.

Out of nowhere, Stephen A. Smith has shared some remarks about Rihanna’s upcoming Super Bowl Halftime Show performance that are sure to inspire a litany of headlines, not to mention tweets from disgruntled fans.

During an appearance on Sherri Shepherd’s daytime talk show Sherri, the ESPN First Take personality was asked whether he was “excited” about Rihanna’s rightfully hyped-up performance at next month’s game.

“I don’t wanna say I’m not excited,” he said in response, with the ensuing moments including audible reactions from the audience. “She’s fantastic. That’s not where I’m going with this. Ladies and gentlemen, she’s a lot of things. She’s spectacular, actually. And congratulations on new-momma-hood. There’s one thing she’s not. She ain’t Beyoncé.”

From there, Smith elaborated on his assessment, although one could very (very!) easily argue that comparing the two artists serves no tangible purpose at all.

“Hold on. … The only reason I brought up Beyoncé is that Beyoncé recently performed at the Super Bowl, with and without Bruno Mars and Coldplay,” he said, referencing Beyoncé’s Super Bowl performances in 2013 and 2016.

Shepherd pushed back, noting that Beyoncé has “had her time” with the Super Bowl format and that it’s now Rihanna’s moment. But Smith continued, at first applying the same argument to the realm of television by placing Shepherd in a league of her own while noting that doing so still allowed room to appreciate the “greatness” of others, all while acknowledging “levels” within the field.

See more from Smith below. Deeper into the video, he points out the impossibility of Rihanna being “bad” in her performance due to her being “too great not to be good.”

Rihanna’s headlining Super Bowl Halftime Show performance is set for Feb. 12 in Glendale, Arizona. Ahead of the performance, support for which is provided by players of the football variety, Savage X Fenty unveiled its new Game Day collection. See the collection in full here.

Continue Reading
You may also like...
Related Topics:Featured, Stephen A. Smith