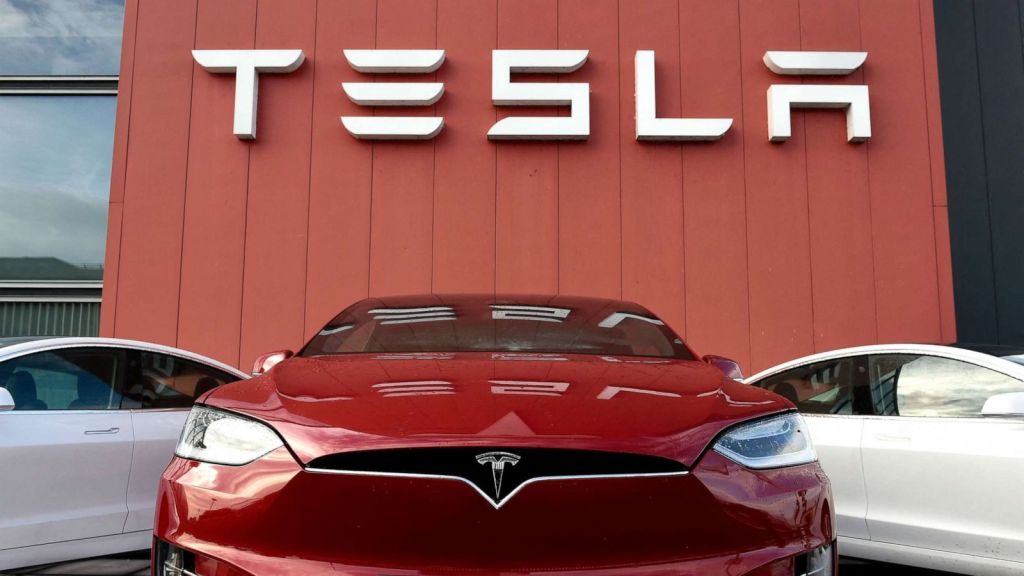 Tesla‘s market capitalization hit $1 trillion for the first time, following news that car rental giant Hertz has agreed to buy 100,000 electric vehicles to build out its electric vehicle rental fleet by the end of 2022. The deal is the largest-ever purchase of electric vehicles.

News of the deal pushed Tesla’s stock to more than $998 midday, a new record-high after shares hit $900. Hertz stock also saw an 11 per cent increase, to around $27. Reportedly, the deal will realize $4.2 billion for Tesla, and push Hertz EV offerings to 20 per cent of its global fleet. Tesla Model 3 vehicles will show up in the Hertz rental inventory starting next month in major U.S. markets and select cities in Europe, according to the rental company.

Tesla’s share price was further boosted by other news that provided bullish updates on the company, including a research note from Morgan Stanley analyst Adam Jonas that the firm was raising its price target to $1,200 from $900 previously.

According to a Bloomberg report, the cars are slated for delivery within the next 14 months and will be available to customers in the U.S. and parts of Europe as early as November. The order will likely make up a significant portion of Tesla’s vehicles to be manufactured and delivered over the next 14 months.

The deal, which comes more than a year after Hertz filed for bankruptcy protection during the peak of the pandemic, as demand for travel and rental vehicles significantly declined, is aimed at helping Hertz make a rebound. Hertz wants to take advantage of the power of the Tesla brand to revive its once-dominant brand, and Investors Knighthead Capital Management, Certares Opportunities and Apollo Capital Management make up the rescue team that took over Hertz earlier this year.

“We absolutely believe that this is going to be a competitive advantage for us. We want to be a leader in mobility and getting customers experience with electrified vehicles is an absolute priority for us,” Hertz’s interim Chief Executive Officer, Mark Fields, said of the deal.

Tesla is currently the most valuable of any of the world’s auto manufacturers. According to Dow Jones Market Data, Tesla is valued at more than the nine next largest automakers by market capitalization —Toyota Motor, Volkswagen, BYD, Daimler AG, General Motors, Great Wall Motor, NIO, BMW, and Ford Motor —combined. Its rivals, however, are not standing still. The likes of Daimler AG’s Mercedes-Benz brand, General Motors Co, Ford Motor Co,and startups such as Lucid and China’s Xpeng are all competing against Tesla with new electric vehicles.

Per the announcement, Hertz will offer “a premium and differentiated rental experience for the Tesla electric vehicles, which includes digitized guidance to educate customers about the electric vehicle to get them on their way quickly, and coming soon, an expedited EV rental booking process through the Hertz mobile app.” The company also said that it was installing thousands of chargers throughout its network to support the increase in electric vehicles; customers who rent a Tesla Model 3 will have access to 3,000 Tesla supercharging stations throughout the United States and Europe.