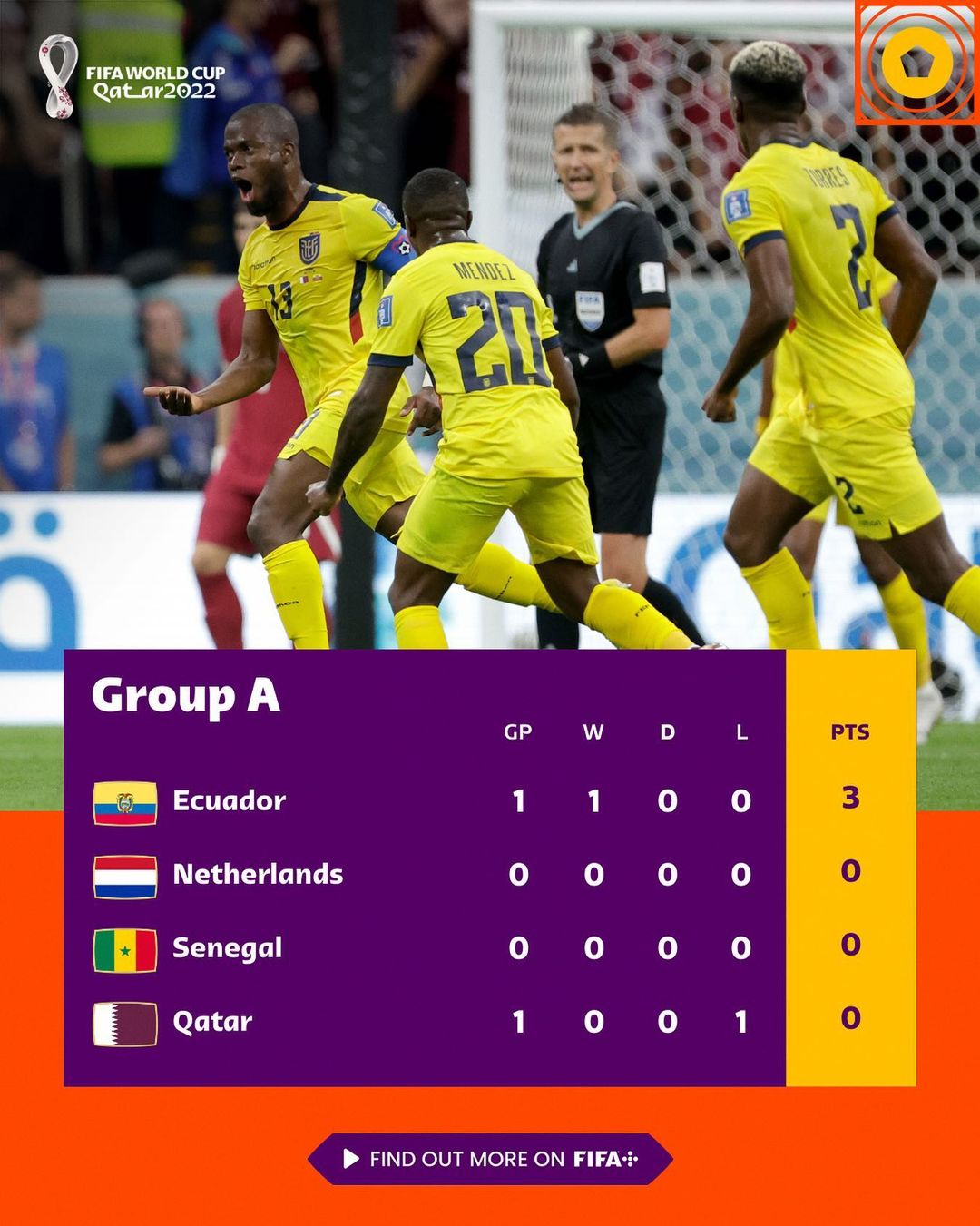 Valencia the hero as Ecuador down Qatar

Enner Valencia was the hero as Ecuador beat hosts Qatar 2-0 in the opening match of the 22nd FIFA World Cup.

Goals: Valencia (16, 31) Enner Valencia was the hero as Ecuador beat Qatar 2-0 to make a flying start to their Group A campaign at this FIFA World Cup™. After the 33-year-old had an early goal ruled out for offside by VAR, he responded by winning and scoring a penalty and then doubling the advantage with a firm header. Qatar, roared on by their magnificent supporters, did their best to find a way back into the game. But the normally reliable Almoez Ali missed a gilt-edged chance – a header from six yards out – after excellent work from Hassan Alhaydos.

Valencia raced through on goal and was tripped by Saad Alsheeb. The Fenerbahce striker picked himself up and sent the goalkeeper the wrong way from the spot. It was a display of real nerve on the biggest of stages.

Valencia has scored Ecuador’s last five World Cup goals. He is now their outright record marksman at the global showpiece – a distinction he previously shared with Agustin Delgado.

“He is the all-time top-scorer for Ecuador, he is going through tough times, he was questioned at times in Ecuador. He managed to score, which means a lot to him.“ Gustavo Alfaro on Enner Valencia

“We have a lot of room for improvement. No excuses, we started badly… nerves and responsibility have played a trick on us.” Feliz Sanchez

Player of the Match

Continue Reading
You may also like...
Related Topics:Enner Valencia, Featured