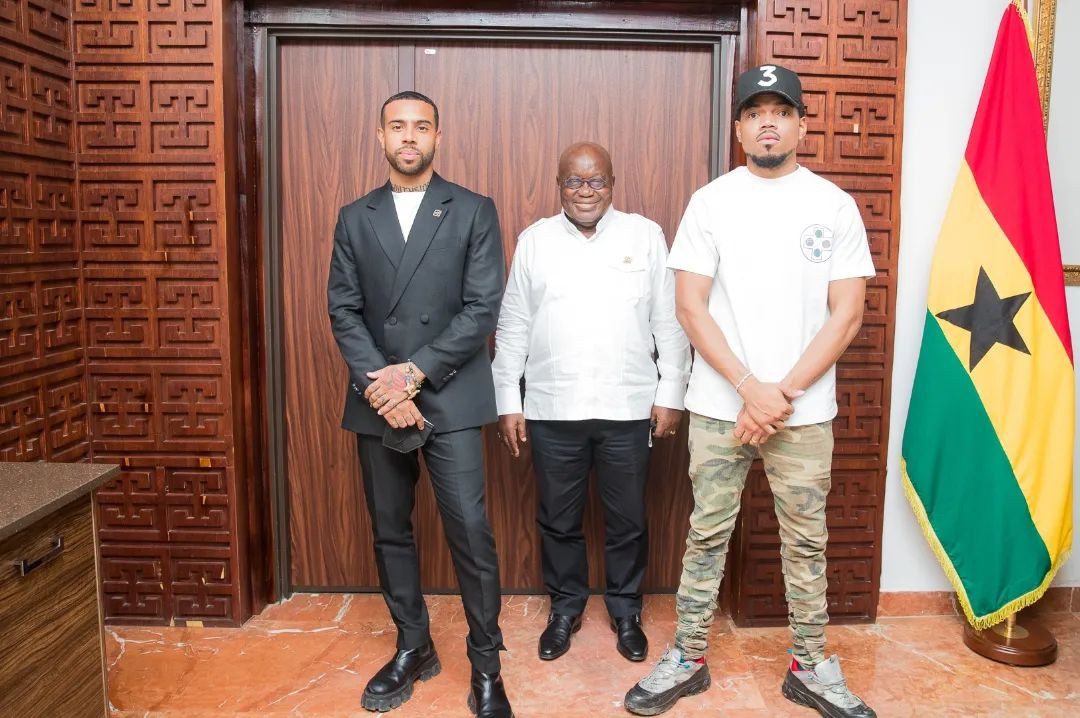 American rappers, Vic Mensa and Chance The Rapper will be hosting a concert in Ghana come 2023.

The musicians announced they would be headlining the concert on January 6, 2023, at the Free The Youth outlet over the weekend.

Speaking at the conference, Vic Mensa revealed that the event will feature some of the biggest global stars.

He noted that the Black Star Line Festival is aimed at achieving the goal of bridging the gap between Africans on the continent and those in the diaspora.

Vic Mensa and Chance The Rapper are no strangers to Ghana – the former has visited the country numerous times and the latter for the first time in January 2022.

The duo who trace their lineage to Ghana returned to the country in July 2022.

The two artistes are in the country, this time, with about eight high school freshmen from Chicago in the US.

They are expected to stay in Ghana for about 10 days as part of an educational travel experience.

Taking to Instagram, Vic Mensa noted that “a year ago we had the idea to take a group of kids from Chicago to Ghana. There are some things about yourself that you can only understand by knowing where you come from.”

The musician added that “Our dream is to build bridges that cross the ocean of divide created by the transatlantic slave trade. Today we are one step closer to actualizing that dream.”

Continue Reading
You may also like...
Related Topics:Chance the rapper, Featured, Vic Mensa