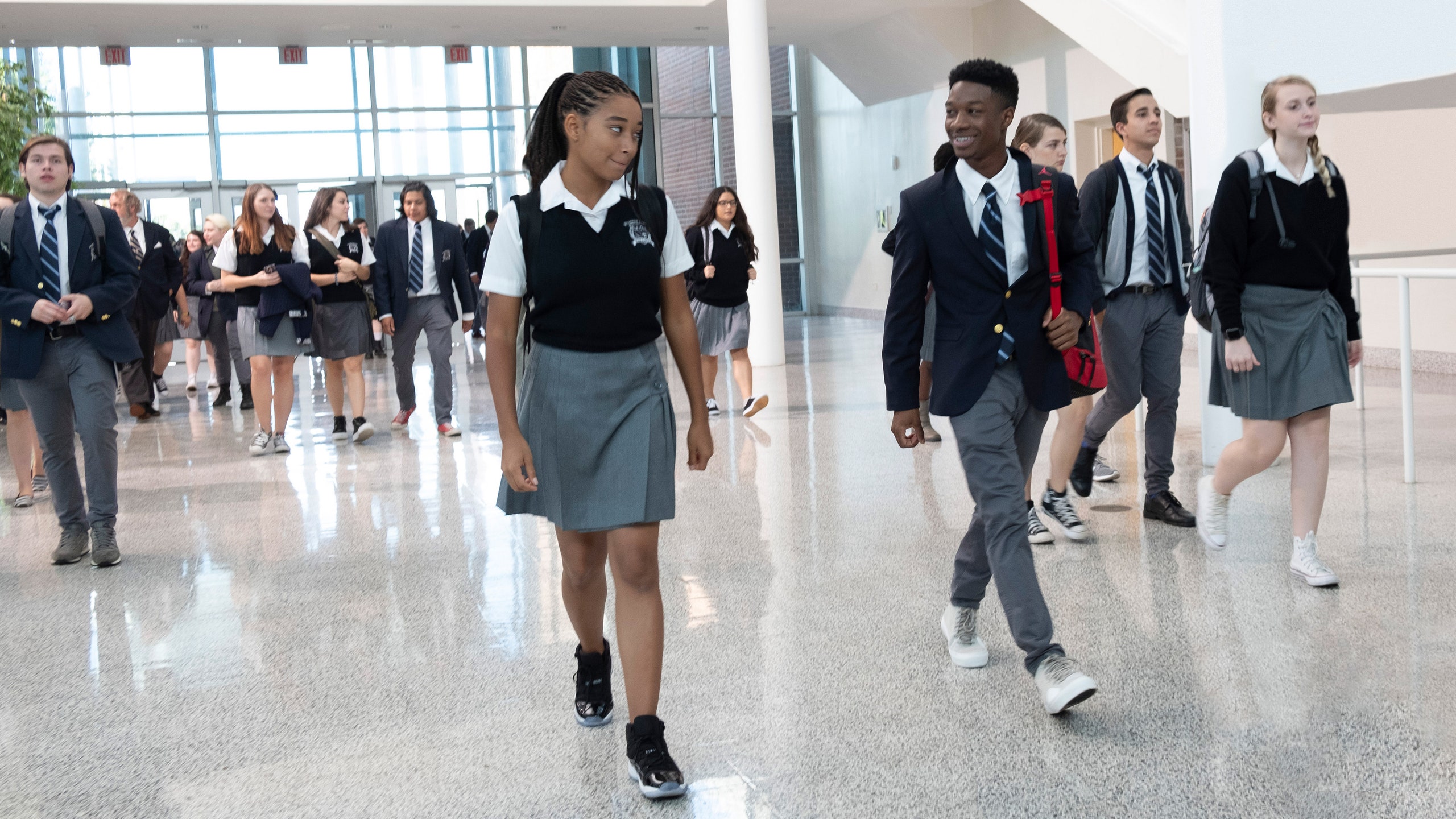 The Black Lives Matter movement is not a “trend,” which means posting a black square to Instagram or retweeting a Martin Luther King Jr. quote does not count as a meaningful effort to combat racism. In order to truly become a good ally, it’s necessary to strive to better understand the difficulty of being Black in America.

While reading books and listening to TED Talks are great, and necessary, ways to educate yourself, queuing up Netflix is another way you can learn. And with so many anti-racist movies and TV series that show Black stories front and center available on streaming platforms, there’s no excuse not to start right now. We even made you a list, below. While it’s not comprehensive, it is a place to begin.

This four-part series, cowritten and directed by Ava DuVernay, tells the story of the 1989 Central Park jogger case in which five young Black and Latinx men—aged 14 to 16—were found guilty for the rape of a white woman. The Central Park Five, now called the Exonerated Five, were eventually exonerated after years in prison, and their stories are a heartbreaking look at the devastating bias within the American judicial system.

This historical film is another one of DuVernay’s projects, and it’s a powerful depiction of Martin Luther King Jr.’s 1965 marches from Selma, Alabama, to the state’s capital in Montgomery. American people are still fighting against racism more than 50 years later, and this movie is a reminder of how far, and how little, this country has come.

Available to rent for free on Amazon Prime Video

This movie, based on the novel of the same name, is one of the most authentic portrayals of police brutality in pop culture as it depicts a young woman named Starr (Amandla Stenberg) witnessing the fatal shooting of her best friend at the hands of a police officer. The movie also shows her grappling with the toll of being a Black teenager in a predominantly white area—that feeling of belonging to one world while living in another. How she stands up for justice is inspiring.

Moonlight director Barry Jenkins helms this moving romantic drama about a young woman trying to clear the name of her wrongly accused lover before the birth of their child. The film is based on the late James Baldwin’s 1974 novel of the same name and is a stark portrayal of the harsh realities Black men face—then and now.

Available to stream on Hulu

Loving is a biographical film about Richard and Mildred Loving, a couple who were arrested for their interracial marriage in 1958. Their Supreme Court case was a landmark decision that resulted in the end of laws banning interracial marriage, and this movie shows the powerful impact of standing up and fighting for what you believe in.

Available to stream on HBO

Though this Spike Lee film was released in 1989, it remains as timely and essential as ever because of its accurate portrayal of racial tensions in Brooklyn and how hate and bigotry can turn to violence and police brutality.

The racial bias in this country’s criminal justice system cannot be denied, and Just Mercy is based on a real-life example. Michael B. Jordan stars as a defense attorney working to appeal the wrongful conviction of Walter McMillian, a Black man who was sentenced to death for a crime he did not commit.

Available to stream for free on Amazon Prime Video

Michael B. Jordan again stars in a movie that portrays a real-life example of racial discrimination within law enforcement. This biographical film tells the story of Oscar Grant III, a young man who was killed in 2009 by a police officer in Oakland, California.

This series—currently awaiting the release of its fourth and final season—follows a group of Black students at a predominantly white university. It’s a biting social commentary on racial discrimination, told through a massively entertaining comedic lens.

If you haven’t seen Jordan Peele’s directorial debut yet, you’re in for an experience. This horror film is a searing social critique that’s considered to be one of the best films of the 2010s. And if you have seen it, well, it’s even better on the second (or third, or fourth) watch.

This film, based on the Broadway play of the same name, shows the increased tensions of an estranged couple face as they search for their missing teen son alongside indifferent police.

This period-piece film focuses on Dido Elizabeth Belle, a real-life biracial woman who was raised by her aristocratic great-uncle in 18th-century England. Directed by Amma Asante and starring Gugu Mbatha-Raw in the titular role, it shows Belle navigating a secret romance against the backdrop of an important court case that eventually led to the abolition of the slave trade in the British Empire. It’s an important entry in a genre that has historically only catered to white women’s stories.

Available to stream on HBO

Third time’s a charm when it comes to Spike Lee because this autobiographical film about the Black activist is widely considered one of his best. Malcolm X’s words especially ring true during today’s protests.

This biographical legal drama shows Thurgood Marshall (Chadwick Boseman) as a defense attorney for Joseph Spell (This Is Us’s Sterling K. Brown), who was wrongly accused of raping a white woman (Kate Hudson). Marshall would later go on to change history by becoming the first Black Supreme Court Justice.

This Disney Channel original movie about a white exchange student from South Africa who lives with a Black family in America for four months isn’t perfect, but it manages to tackle relevant storylines about privilege and race in a nuanced way for younger audiences.

Available to stream on Disney+

This overlooked limited series is another realistic portrayal of police brutality. We’ve all witnessed how tensions grow between communities after an act of injustice, and it’s no different in this show about citizens’ outrage after a cop brutally injures a Black teen.

Octavia Spencer leads this miniseries about Black entrepreneur Madam C.J. Walker, the real-life woman who built a hair-care empire that made her America’s first self-made millionaire. Black stories don’t have to all be tales about slavery and oppression—it’s equally as important to celebrate our successes and triumphs as well.