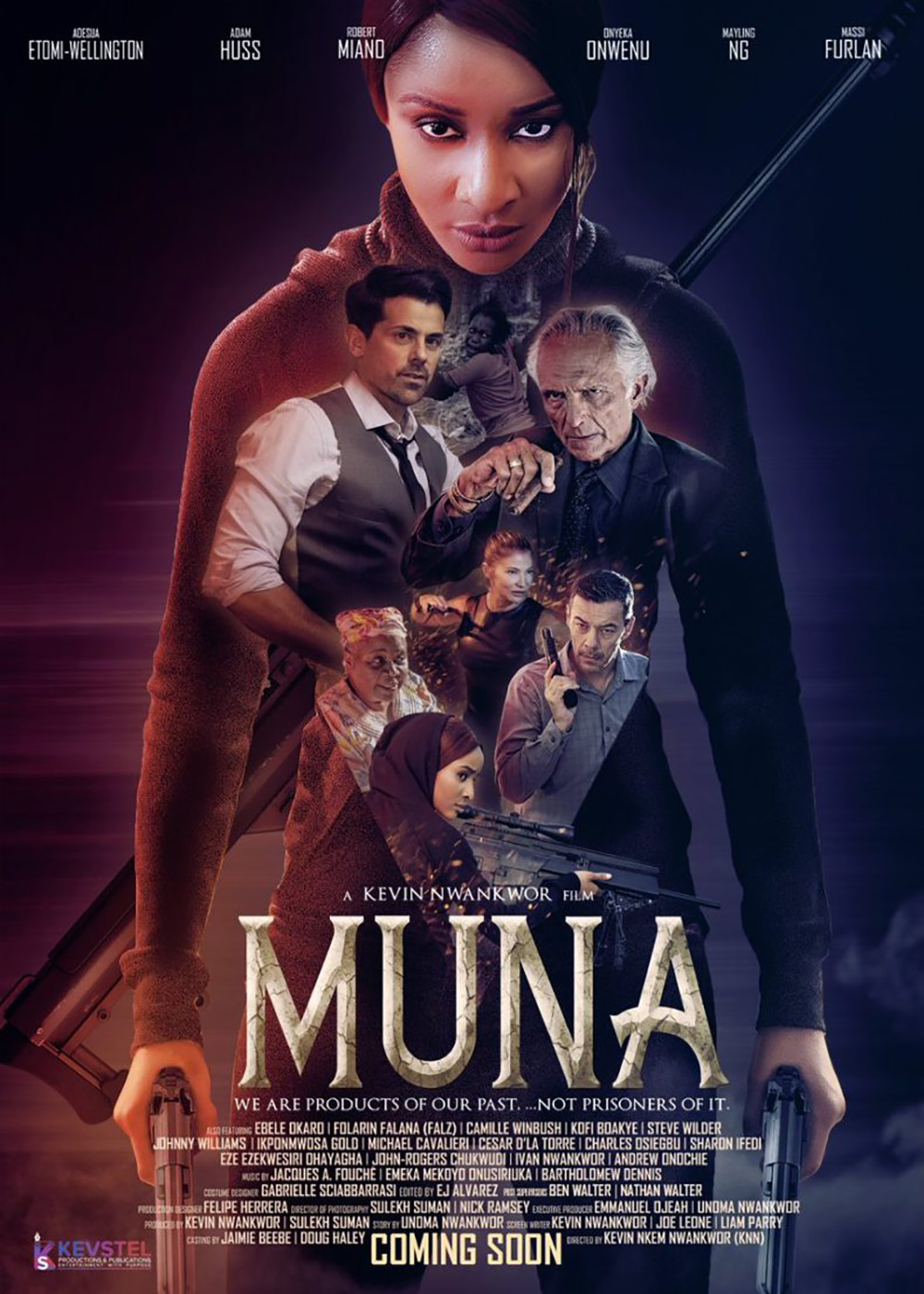 Muna is the story of a young girl who escapes being trafficked as a child and as a consequence looses the only family member she has left – her grandmother. Many years later she goes on a revenge mission to capture and punish all of those who had a hand in her past pain. It’s a very simple yet very ambitious story. It’s one of the few nollywood movies that invests into action – especially led by a female protagonist. All of these goals are quite admirable but unfortunately Muna falls flat again and again.

It’s easier to excuse low budget graphics and effects when the core story behind all of it is solid. Hence, the writing and the acting are the principal handicaps of this film. The writing never really builds this world as one where the viewer has any form of investment into the characters. The most investment we have into the characters happens while the story is still set in Nigeria, but even then there are still many holes that needed to be filled and moments that don’t quite link up believably.

When the story travels to America, this just gets worse. We are introduced to an older Muna who is now five skin tones lighter and was trained by some unknown man for some unknown reason and who has managed to curate FBI level information on a poorly constructed PowerPoint slide on her phone. She soon falls in love and I guess a dinner date here, a lunch date here, and one breakfast in bed moment there and she’s suddenly lost the essence of her twelve year training. So who does she confide in? The taxi driver that she once pulled a gun at (for no discernible reason), and who responded to that by giving her a one on one TED talk. Brethren, need I say more to point out that this writing is speaking in the rubbish?

Then there is the performances that were sorely lacking. Most of the supporting actors – like her trainer – are just going through the motions of acting. Adesua herself just wavers between one version of angry face and another version of teary-eyed with no apparent flow to it. Muna ends up being a hard character to sympathize with because of the double whammy of poor writing that has led to a poor character development, and poor acting that has just led to confusion to the audience.

The few moments when one actually feels a connection in this movie are those where the music is heavily embedded. There’s something about the soundtrack of this film that speaks to the soul. It lulls you into a temporary connection with the storyline that is immediately severed when the music stops playing. The film would have been much better if the writing could tap into the soul of the music.

The action in this movie is alright at best and definitely looked more impressive in the trailer. The cinematography and shots are impressive – especially in the Nigerian scenes. The gunshot graphics might cause you some trauma, but it’s not the worst we’ve seen. And it’s interesting seeing Camille Winbush (of The Bernie Mac Show) appear here in a role where she barely has two lines. In the end, the production team behind Muna has their heads in the right place but the execution on the wrong place.