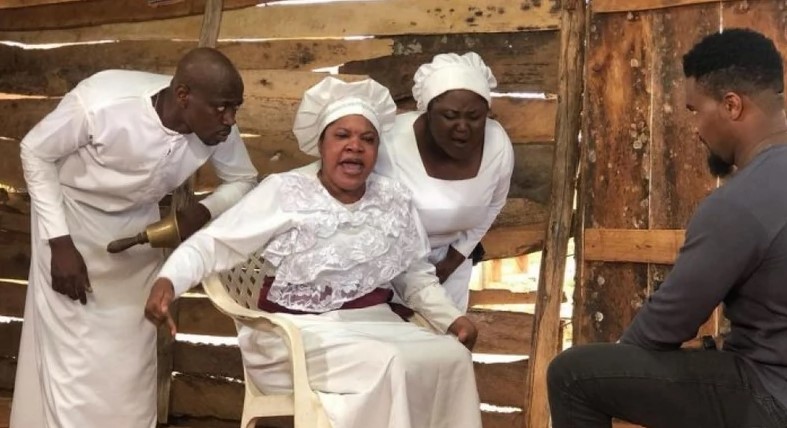 Prophetess: Melodrama and all the reasons it hit different 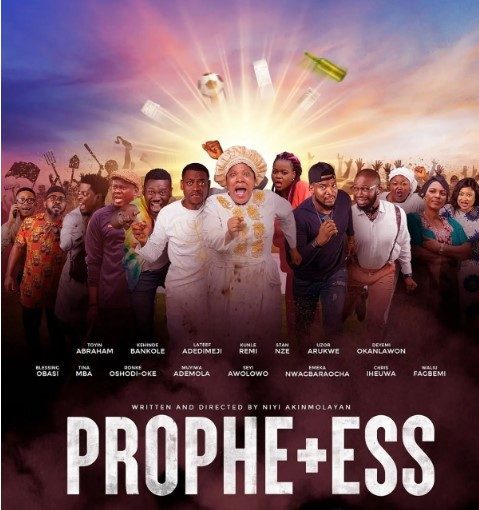 The comedy directed by Niyi Akinmolayan, starring Toyin Abraham was one of the films to cross the N100 million mark last year, an impressive score considering that the industry was fresh off the disaster of the Covid-19 pandemic that saw cinemas shut for six months in 2020.

Prophetess’ success at the box office was a discovery. Movie pundits sought to understand how a film about plain people had fans especially in predominantly Yoruba states, storm the formerly sparsely visited cinemas.

In fact, early 2021 was a thrilling period for fans of Nigerian box office as these titles, from Omo Ghetto to Prophetess and My Village People raked in three-digit figures.

Regrettably, I missed the big screen debut of Prophetess which expectedly heightened my curiosity. What stood out with this title? Could it be its football theme? Was the product really that good or was it good ol’ Akinmolayan hype? All questions that begged to be answered till Netflix saved the day with a streaming release on July 8.

Now here is my two kobo. I thoroughly enjoyed the simplicity of it, flaws and all.

Prophetess fed on my nostalgic memories of Nollywood before the era of flamboyant costumes and sophisticated cameras. It is not a perfect film. Far from it and quite frankly, makes no attempt to be. It’s loaded with perhaps, an overdose of melodrama but Prophetess is a melodramatic film about and melodramatic people.

At first glance, you might question why the film once again plays on the tired exaggeration of a religious practise that is probably unfair to its practitioners.

However, as the plot deepens, it hits you. There is a heartfelt story here about pain, rejection, family and redemption. Prophetess is about ordinary people and I think that is why its cinema audience were most endeared to it.

Spoiler Alert: While the plot does not begin in this order, the story by Akinmolayan and Victoria Akujobi follows an epileptic who flees home and finds solace and acceptance in a white garment church.

Years later, Ajoke (Abraham) makes a bogus prediction that goes viral and results in the entire community betting on a redundant football team. With aggrieved villagers after her for deceit and a sports betting company out to exploit the profits.

Abraham is easily an industry favourite. Comic actors are likeable but it was less about the lead and more about the supporting cast for me. I doubt that there is any role too complex for Kehinde Bankole and once again, she proved my assertion with Labake in Prophetess. Bankole on screen can be moulded to just about anything a writer spins.

Akinmolayan’s Prophetess is not without its flaws. There are continuity mishaps, and perhaps, financial constraints. But, really, what’s not to love about it? It has a beautifully told story that ties up loose ends and leaves you wondering about nothing by the closing credits. Then there’s its score!