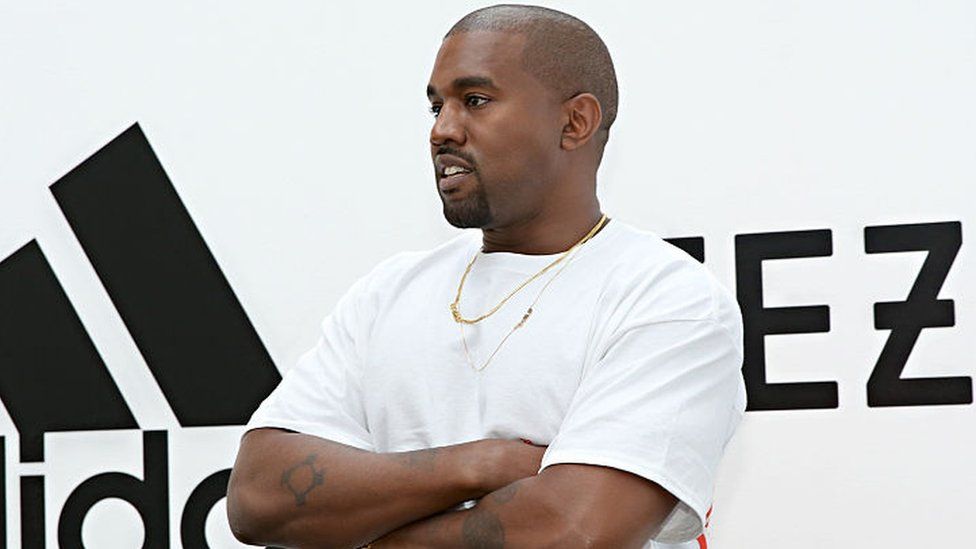 The superstar rapper no longer has a place on the Forbes Billionaires’ list now that his lucrative deal with Adidas is over.

Just days ago, the rapper-cum-fashion entrepreneur Kanye West challenged Adidas to drop him following a weeks-long barrage of antisemitic remarks made on social media and in national media appearances.

“I can say antisemitic s—- and Adidas cannot drop me,” said the rapper, who legally now goes by the name “Ye,” on the Drink Champs podcast earlier this month. Ye, who had worked with Adidas since 2013 on his Yeezy line of super-expensive, super-popular sneakers, thought he was untouchable. After all, Adidas gets an estimated 4% to 8% of its sales from Yeezy products, according to investment bank Cowen. For Ye, it was an even bigger deal, accounting for $1.5 billion of his net worth.

But Ye’s words put the German athletic wear company, with its own Nazi ties dating back to its founders, in the hot seat. What followed was even more escalating pressure on Adidas to sever ties with Ye, as his string of antisemitic remarks drew condemnation from the top tiers of Hollywood. For weeks, Adidas stayed silent, except to say on October 6 that their partnership with Ye was “under review.”

The pressure ratcheted up on Adidas after an image was released over the weekend of a banner draped over a Los Angeles highway overpass reading “Kanye was right about the Jews” accompanied by a group of white supremacists giving the Nazi salute to the drivers below. The white supremacists were apparently referring to Ye’s “death con 3 on Jewish people” tweet that got his Twitter account locked; other antisemitic remarks got him blocked on Instagram, and thousands upon thousands upon thousands of social media users chorused for Adidas to also drop Ye.

Today—Tuesday, October 25—Adidas finally broke its silence and ended the relationship. That move will cost them big, but Ye even more, immediately knocking him out of the billionaire ranks.

“Adidas does not tolerate antisemitism and any other sort of hate speech. Ye’s recent comments and actions have been unacceptable, hateful and dangerous, and they violate the company’s values of diversity and inclusion, mutual respect and fairness,” the company declared in a press release. “After a thorough review, the company has taken the decision to terminate the partnership with Ye immediately, end production of Yeezy branded products and stop all payments to Ye and his companies. Adidas will stop the Adidas Yeezy business with immediate effect.”

With that gone, Ye is no longer a billionaire.

It caps a stunning, self-induced downfall for one of the brashest and most volatile personalities to have graced Forbes’ pages (and a magazine cover). Ye did not respond to request for comment.

The $1.5 billion value of the Adidas deal was calculated off of a multiple of annual earnings. Based on interviews with industry experts, Forbes had viewed the royalties Ye received from Adidas to be similar to royalties from music catalogs or film residuals. The Adidas income stream could be sold off, those experts said, just like dozens of musicians (including the likes of Bob Dylan and Bruce Springsteen) have sold off their life’s work over the past two years.

Without Adidas, Ye is worth $400 million. The remainder of Ye’s fortune, Forbes estimates, comes from real estate, cash, his music catalog and a 5% stake in ex-wife Kim Kardashian’s shapewear firm, Skims. (A source close to Skims told Forbes Ye hasn’t been involved with the brand since its 2019 launch.)

Removing Ye from the Billionaires’ list caps off a years-long saga between the rapper and Forbes. Ye always felt his net worth was undervalued. When he first made the list in 2020, with an estimated $1 billion fortune, Ye wasn’t happy. “It’s not a billion,” he texted us at the time. “It’s $3.3 billion since no one at Forbes knows how to count.”

This pattern continued every year, with Ye continuing to complain about our low numbers. For this year’s valuation, Ye sent documents claiming his Adidas partnership alone was worth $4.3 billion. When Ye learned he would clock in at $2 billion overall, his unhappiness with Forbes leaked to the tabloids.

Just yesterday production company MRC said it would not air a completed documentary on Ye and talent agency CAA, where Ye was signed, dumped him.

The two had been in partnership since 2013, when news of their Yeezy collaboration was announced. In the decade since, Ye’s ridden wave after wave of conflict—with Taylor Swift, with his former recording home Universal Music Group, and more recently on social media against Kardashian and her boyfriend at the time, SNL alum Pete Davidson.

Now the road has ended. (There’s always the chance Ye could relaunch Yeezy on his own.) Five days ago Ye made his first post to Parler, the right-wing social media site he agreed to acquire for an undisclosed amount after getting locked out of Twitter and Instagram. He quoted Romans 8:31.

“What then shall we say to these things? If God is for us, who can be against us?”