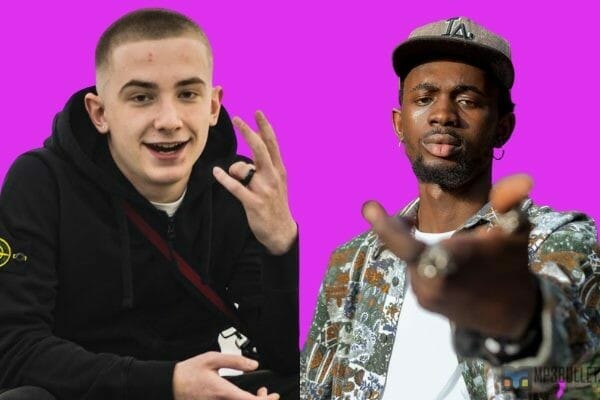 The eye-catching accompanying video is made up of stunning, behind-the-scenes visuals of life on the road whilst in Lagos for this ever-growing global star.

It was shot during ArrDee’s short trip to Nigeria, where he played at Homecoming Festival with Black Sherif and recorded the ‘24 Hours In Lagos’ freestyle with Tion Wayne.

Africa has become a key continent for ArrDee recently – Nigeria is his third-biggest audience – so the fact he has linked up with one of the hottest rappers in the region right now further enhances his status, particularly across West Africa.

The track will be one of three new tracks that will be added to his acclaimed debut album Pier Pressure, along with ‘6 AM in Brighton’ and ‘Cheeky Bars’ – the two freestyles that he burst onto the scene with last year.

The album already has over 500 million streams and went to #2 in the UK album charts, spending a further four weeks inside the top ten.

Black Sherif’s unique sound blends Ghanaian highlife with reggae, hip-hop, and more. With highlife being Ghana’s authentic sound, his use of the genre has an instant effect on the country’s older generation, winning this 20-year-old artiste a broad following.

He has been further praised for his vocal range, but the actual catch is the substance in his writing and how relevant and relative it is to modern times.

This cross-continental collaboration is destined to heighten the global appeal of both artists involved.

See the snippet below:

Falz takes Us on the Journey to Making his Next Album “Bahd”
Angélique Kidjo, Burna Boy, Tems Confirmed For Glastonbury Festival, UK