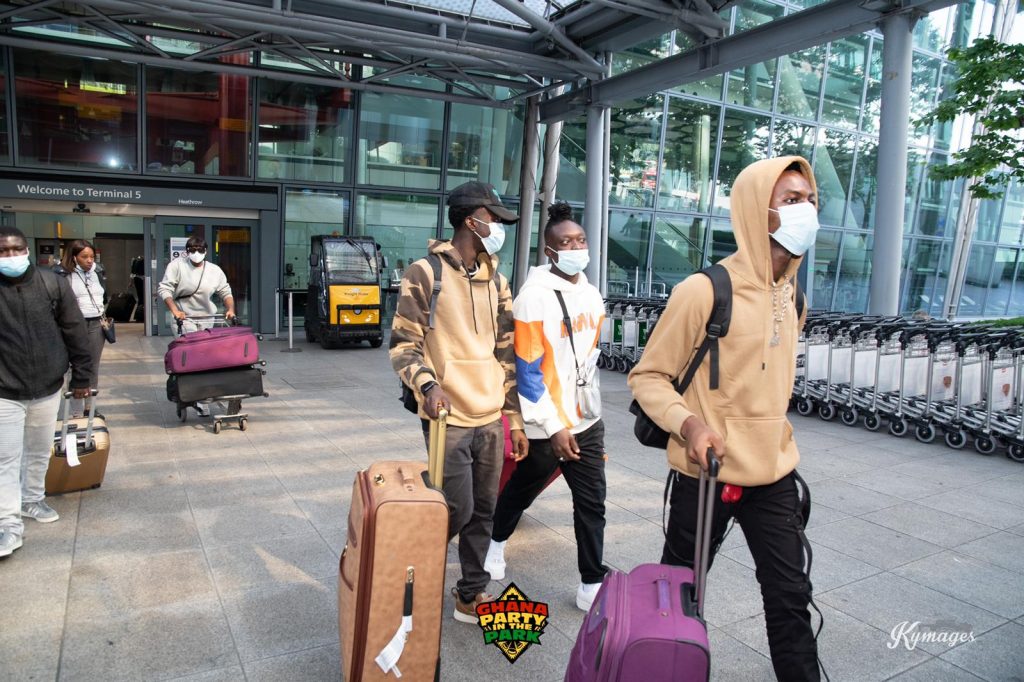 Some Ghanaian artists have arrived in London ahead of this year’s Ghana Party In The Park and some other events put together by the Akwaaba UK Group.

Musicians Camidoh, Mr Drew, Sefa, kweku Flick, Yaw Tog, D Black, Kwabena Kwabena, Kofi Jamar, and others were announced at the lunch as artists billed to perform at one of the biggest events in the UK.

The event which has been put together by the Akwaaba UK Group is set to attract over 10,000 from the UK and other countries around the work.

Speaking at the lunch in Accra, artistes on the bill on the bill expressed excitement to be part of the event especially Yaw Tog, Kofi Jamar , Sefa and kweku Flick who were going to be the UK for the first time for a show.

For some time now, these young artists have been shaking the music airwaves with their hit songs and couldn’t wait to extend that to their fans in the United Kingdom.

Rapper Sarkodie real name Michael Owusu Addo was announced as the Creative Director of this year’s event which a lot of people can’t wait to see how he is going to put his all to deliver a spectacular show.

The ultimate goal of the festival is to present music, food, arts and true Ghanaian entertainment.

The festival which started in 2005 and was hosted by Akwaaba Group, attracts over 8000 people from around UK, Ghana, Holland, Germany, France, Canada and the US making it the biggest Ghanaian event outside of Ghana.

The event comes off on the 24th of July, 2021 at Trent Park in the United Kingdom and the show promises to be a good one.

See the photos below;

Continue Reading
You may also like...
Related Topics:Akwaaba uk, Featured, party in the part