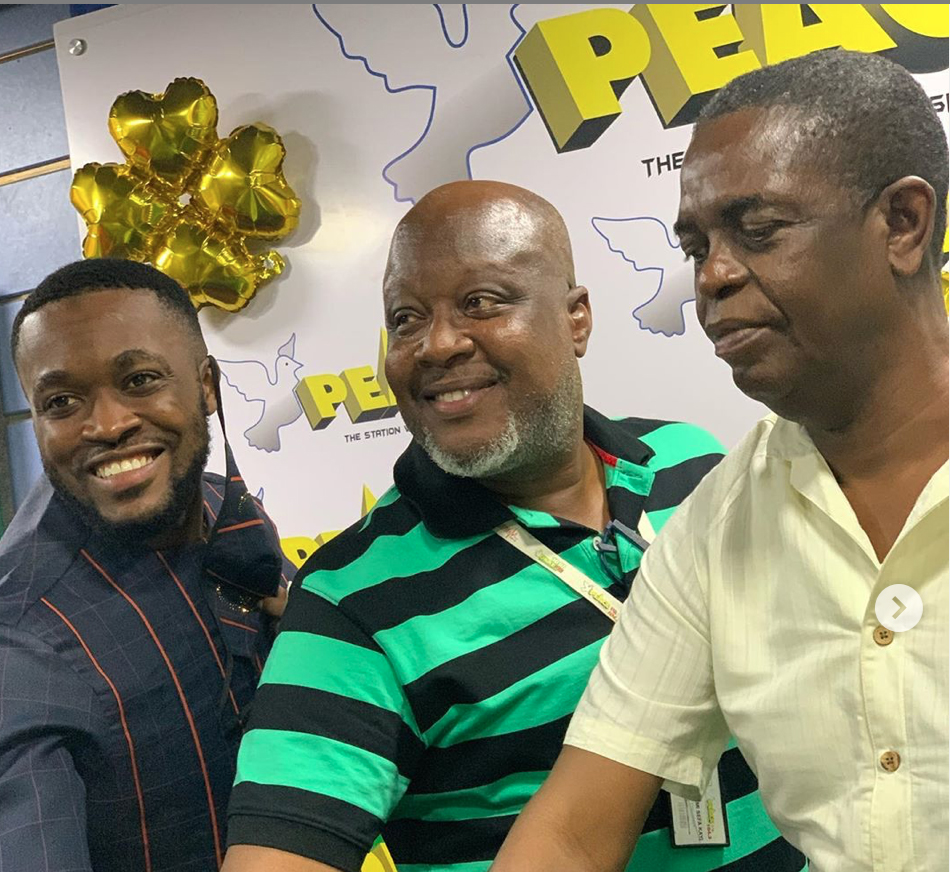 Despite Media celebrates Kwame Sefa Kayi as he clocks 50 tomorrow

In honour of his golden jubilee celebration, Despite Media threw him a surprise birthday party in the studios of Peace FM today.

Kwame Sefa Kayi was joined by journalist Kwasi Pratt and Kennedy Osei as they cut his cake in the studios.

Kwame Sefa Kayi was born June 20th, 1970. He has been a big part of the Despite Media family for over a decade.

He is currently the host of Peace FM’s morning show popularly known as “Kokrokoo.”

See photos from the celebration below: