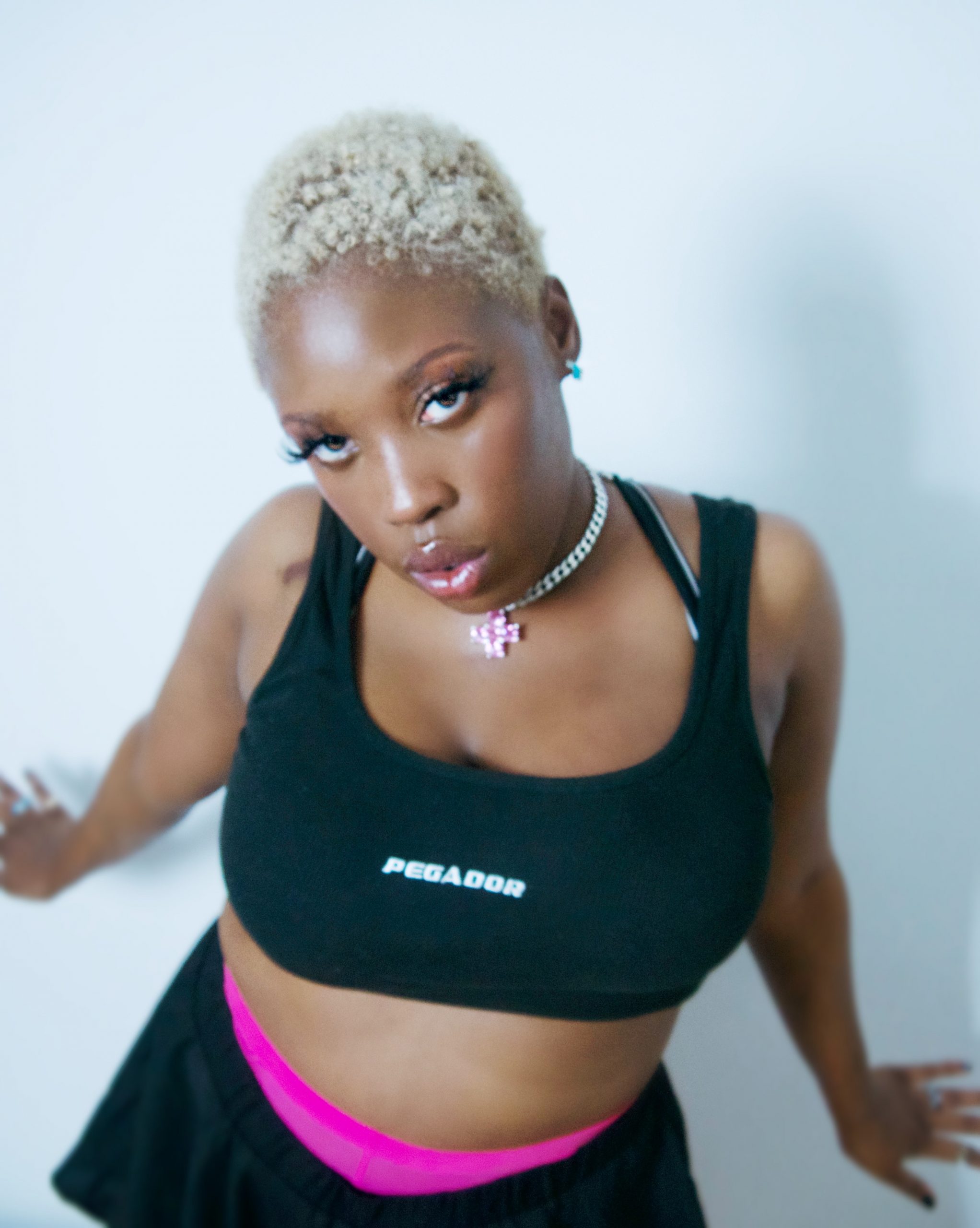 Jean Feier pronounced Jaan Fire is not new to bringing us music ready for the world stage.

The German-born Ghanaian girl is every Ghanaian mother’s dream. Her achievements and goals go way beyond music. From working with organizations like UNICEF to building tech start-ups, this girl has been on fire in and out of the studio. After 5 nominations across 3 continents, Jean has proven that her talent is undeniable.

In an interview with the multi-talented innovator about her new Amapiano heavy alte song, her tech start-up, and how she wants to change the world with crypto.

Here are a few questions we asked the rising star

As someone not raised in Ghana, what is your first memory of the motherland?

Nkatie boga, Fanta, fan ice and robot gum. The very next morning after we land if not the same night, I would take old cedis 500 coin and run to the junction or blue kiosk to Jean Feier, Ghana’s best-kept secret wows the world again! 2 get some. That feeling was top top for me. My favorite memory is playing soccer with the kids in my neighbourhood. I loved playing through the rain. I was always running around and climbing on trees. My favourite summer was when Kokoweli was hot, I don’t know what year it was. I just know the song was on the radio and the Fanta was flowing so yeah, my childhood was special because of Ghanaian culture. I also went to a private school here so I like to think I was raised here too.

Is the private school system in Ghana better than in Germany?

I think it depends on the teachers. I had amazing teachers at Silicon Valley and Rockies International. I made so many new friends and got into so much trouble. My mother sent me to King David for a term. It’s also a good school just much less privileged. I’m so grateful for all the teachers I had in Ghana. It was the first time I felt like I was being educated for a purpose. I finished my schooling in London but I’m always learning something new.

What made you pursue music and what inspires you?

The art of language got me into music. I started writing texts with 9. I’m happy I stuck with it even if I take breaks from time to time. If I didn’t end up in the children’s choir, I would have probably been too shy to even dream of a career in music. I hate the term pursue music. I make music but also make other things. I love music with all my heart but as a creative, I should always dream the biggest. When you make music your everything, it becomes toxic. It’s the things I feel walking through this bizarre valley called earth, that’s what inspire me.

What does a studio visit with you look like?

The room is either lit with purple, blue, or pink lights. My fan slowly comes to a halt and leaves my space completely silent. Sometimes I have candles on that flicker in groups but most times its LED lights. I like being alone, especially in the studio. The beat plays Jean Feier, Ghana’s best-kept secret wows the world again! 3 and when I feel like crying a little, I know I’m ready. After that, it kind of just builds. A gentle and intense sound. Don’t talk to me when I’m writing though, it won’t be gentle. haha

Tell us about your new song, Lay it down

It’s a reminder not to take the person that is loving you for granted. The grass is rarely greener for a greedy person. I think we are all a little too obsessed with picking a partner and not enough about building our relationship with God or the community He gave us.

How can we be the best for each other when we are not the best for ourselves? Does this mean you are single and focusing on God?

Yes. I’m focusing on God and changing the world. At least the little corner of the world that God connected me to. I think the creator economy is our generation’s oil. Now we have the technology to protect our IP and work with each other in a more transparent way.

Are you talking about Crypto?

Yes, web 3. We are all still using web 2 mostly even though some of the features of web 3 have become very popular like NFTs and tokens. There is more coming because people are busy building.

Are you building anything for Web 3?

Alte Island has big dreams and plans. Pray for me that I have the wisdom and favour to execute everything to the best of my human ability. Jean Feier, Ghana’s best-kept secret wows the world again! 4 I want creators to have their own token-driven systems so we don’t have to rely on systems that we came to meet. They will never respect and support the arts and the creators behind it as they should. Alte Island is building platforms and products with creators in mind. Real independence. Sign up to get an invite to the metaverse onboarding and connect more. www.alteisland.com

How does it feel seeing artists like Tems, Ammarae and Moliy blowing up like they did as a fellow female artist?

That’s what we all want. To be celebrated and mentioned in rooms we are not in, in awe. God continues to show us that black women are true excellence and I can do nothing else but stan. Both Moliy and Ammrae know that I adore their sound because I celebrate women out loud. I been shouting about Tems since my friend shalala introduced me to her sound. I also heard Show Dem Camp for the first time that day. Humbled is an understatement. There is also Efya, Ria Boss, Ginius, Essilfie, Melissa, and SGawd. There are so many incredible voices and stories. It’s only up from here.

Why do you think Ghanaians don’t support artists like Nigerians?

I always say, Ghanaians are the apple of their mother’s eye and Nigerians their father’s drinking buddy. The Ye is not the same. All things considered though, Ghanaian music is the true backbone of what has become Afrobeat so whatever the case, we are global. Let’s also not forget how we have made stars every quarter without a mainstream push or the level of financing that Nigerian artists are enjoying. Ghana is like me, baby OG getting ready for prime time. Jean Feier, Ghana’s best-kept secret wows the world again! 5

What’s next for you?

Writing and recording new music and building Alte Island so we can start bringing funding to creatives. Never letting go of my music. I love it too much. I think God really wants me to shift something, let’s see what story He has for me.

Jean Feier teams up with South African producer Silas for New Wave Piano! Jean Feier returns with more fresh sounds and an original alternative African vibe. Early listeners who are familiar with her Lo-fi sound and eclectic writing from Soundcloud, will be pleasantly surprised by how even on an Amapiano-based record, her DNA shines through. Lay Down is a fusion of Alte and Amapiano.

The tempo is mellowed out by clear piano keys, violins, and poignant writing. The mood is giving “a translucent place where heartbreak meets self-affirmation” The song tells the story of loving the best version of someone but having to accept that the romance is short-lived. I wrote this song at the end of a very meaningful relationship. He was the sweetest person but his affections for me became unclear. I started suspecting all types of things and started withdrawing emotionally.

Even started resenting him for what was in my eyes, neglecting our bond. It also made me think about how I always give my “all” to people but I have never found the one whose “all” could cover me. Thank God for the power of Christ. I hope this song liberates you from any bondage you you might still be making excuses for. Even if its just for the duration of this song. Love, Jean The beat was made by South African producer Silas Beat, with additional production by Jean Feier.

A snippet of the song first appeared on an Instagram post last year August Jean Feier, Ghana’s best-kept secret wows the world again! 6 and will be available everywhere from the 9th of September.

Continue Reading
You may also like...
Related Topics:Featured, Jean Feier