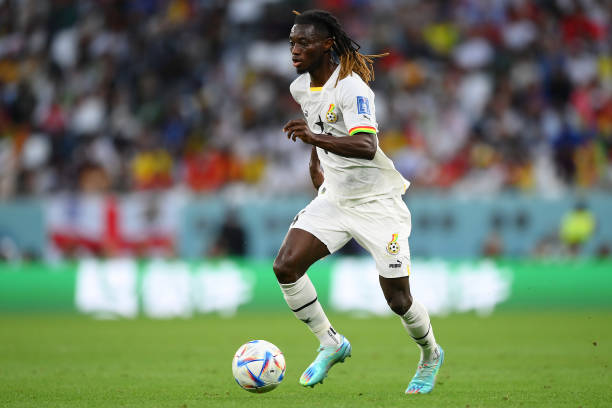 Gideon Mensah of Ghana in action during the FIFA World Cup Qatar 2022 Group H match between Korea Republic and Ghana at Education City Stadium on November 28, 2022, in Al Rayyan, Qatar.

Gideon Mensah made his World Cup debut for the Black Stars in the 3-2 over South Korea on Monday, November 28.

Mensah, who was left on the bench, in Ghana’s opening game defeat to Portugal, was preferred to Abdul Baba Rahman as Otto Addo made three changes to the starting line-up that faced the 2016 European champions.

The 23-year-old had a game to remember on his first World Cup appearance as he lasted 88 minutes in the win over South Korea. 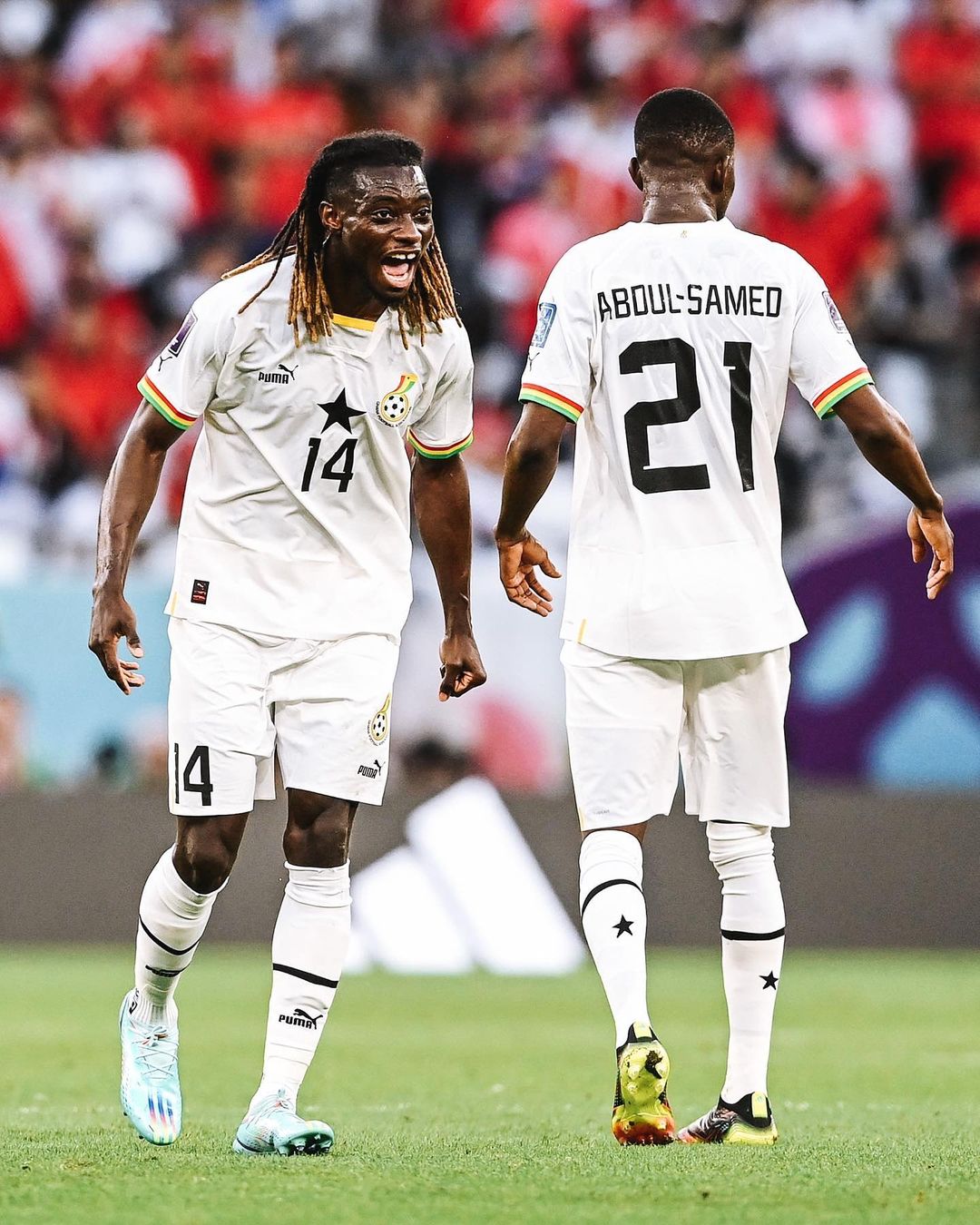 The AJ Auxerre left-back was one of Ghana’s best players on the field before he was substituted due to picking up a knock.

Mensah completed 31 of his 40 attempted passes and created the chance that led to Mohammed Kudus netting the game’s winner. 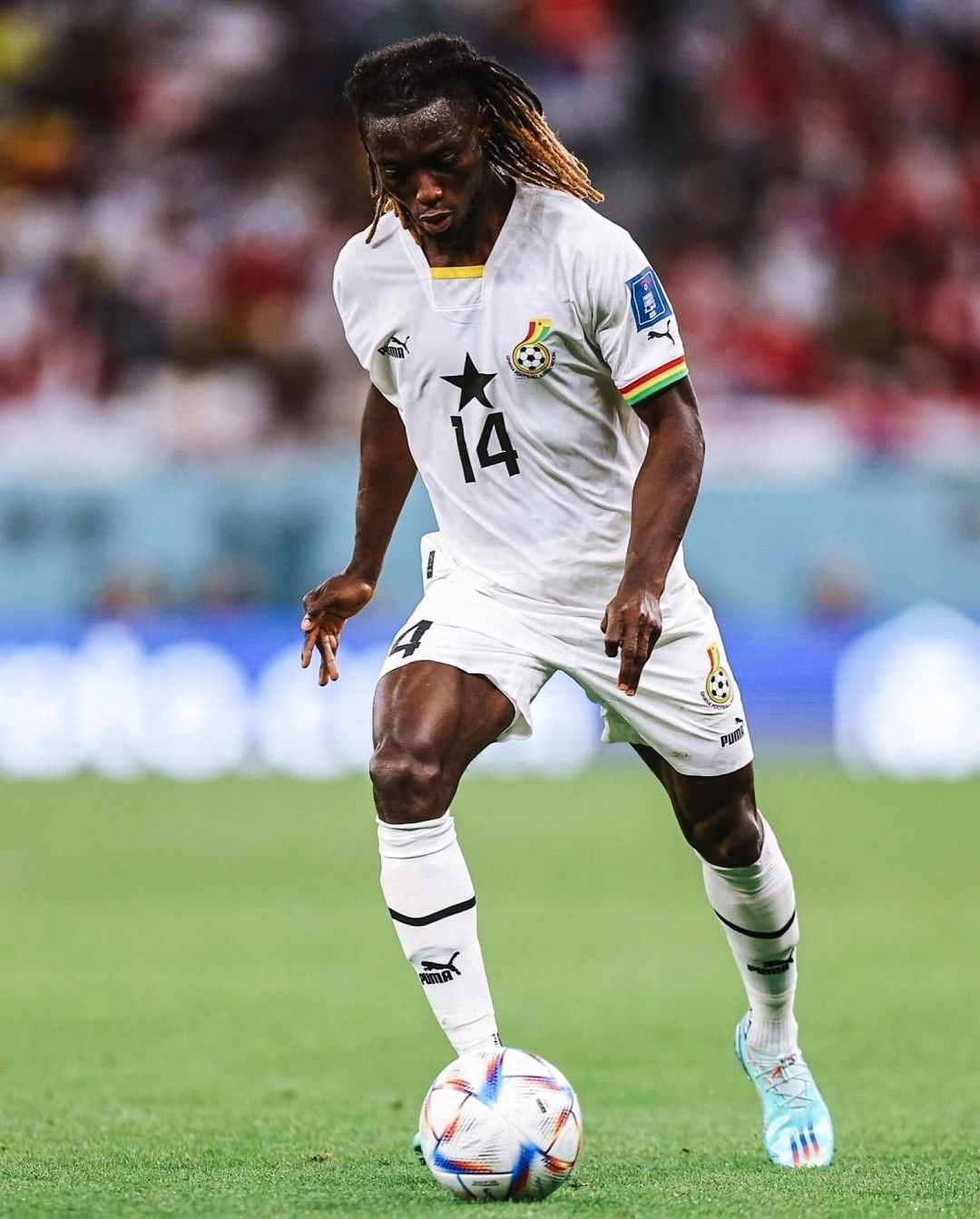 In his defensive game, the defender won all of his attempted tackles, made four clearances and contributed two interceptions in the game. He also made four recoveries while winning four out of six of his aerial duels competed.

Having impressed on his first outing on the world stage, Mensah will look to continue his fine form when Ghana face Uruguay in their last group game on Friday, December 2.