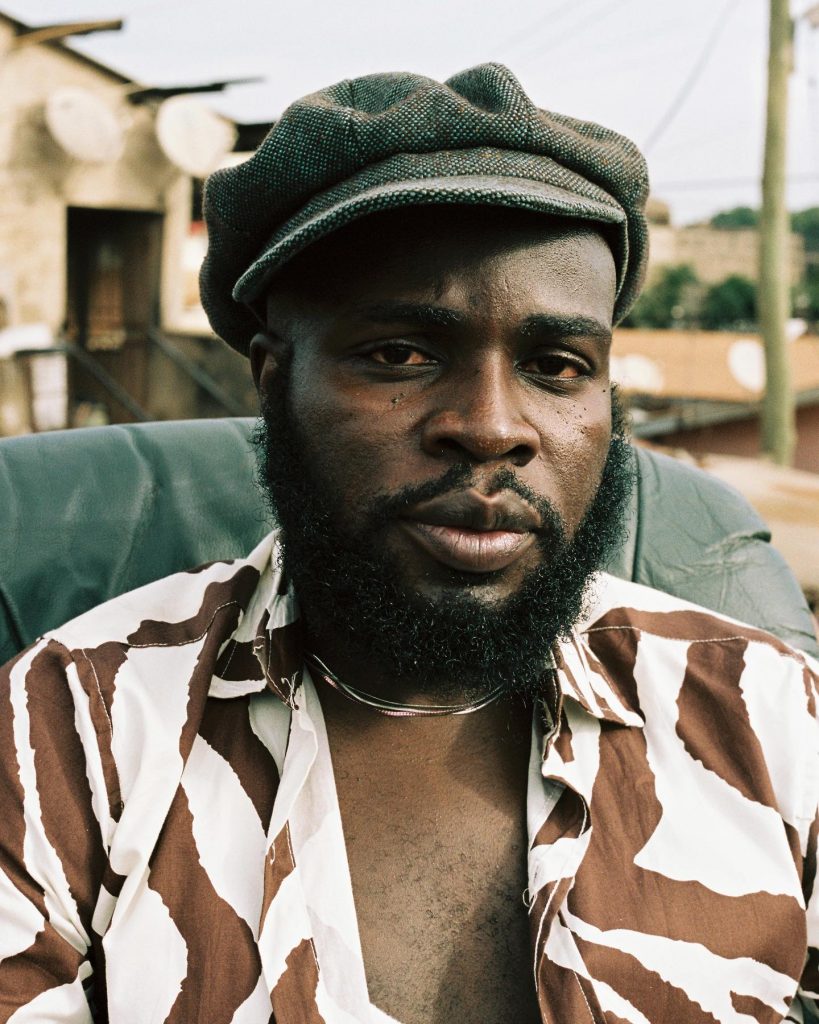 M.anifest discusses key tracks from “Madina To The Universe” album with Apple Music

It was a developing neighbourhood as I was growing up; a colourful mix. Because this album was born during the pandemic, it was important for me to title it, “Madina to the Universe”. The ambition [you develop] as you go from your local place, and these ideas that you develop from childhood in that local place—now it becomes something that you are trying to take to the universe, to go beyond. But it always comes from somewhere.”

As a child, M.anifest (Kwame Tsikata) frequently travelled to the US to visit his grandparents, before eventually moving there to study at 17; it was there where he began his professional pursuit of music and discovered how to marry his upbringing with the influences of his environment.

“By the time I navigated back home [in 2011], mentally I knew I was always going to do hip-hop that always had an understanding of Africa in it,” he explains. “It wasn’t either/or for me. I didn’t have to be like, ‘Yeah, I’m Ghanaian, I’m making highlife.’ My upbringing was being able to listen to hip-hop and having all this other music around me; African music. So knowing that that kind of music when it came together as a fusion, as a hybrid, would be understood in the world in an explosive way—it’s what’s happening now.”

All of those influences come together seamlessly on Madina To The Universe. “I think sonically, I’m unafraid to let different things sit together, and I know how to let them sit together.” Here, he discusses key tracks from the album.

“It’s a reminder of a home, a homage to home, but it’s also a statement of ambition. It was a track that I already had, and I literally destroyed it to rebuild. [Producer Mikemillzonem and I] decided to finesse the structure, where we decided to have the different people’s voices at the end of the track. It’s a community thing; if you are saying ‘Madina to the universe’, you are talking about people. Then the voice moves from just mine into other people’s, and then it ends with my son as the last voice you hear.”

“Juls is a dope producer. Typically Juls’s [productions] are either some very easy-going, smooth, love stuff because he’s got really incredible grooves and this sweet sound. But I wanted to juxtapose this really happy highlife sound with talking about confusion everywhere; dystopia. I’ve always been a person who can put medicine in the food. So when you’re listening to that Juls track, you’re going to be dancing. But it’s really about confusion and this almost dystopian world that we’re in. Sometimes the reality even looks like the dystopia that you see in sci-fi.”

Best For You (feat. Ladipoe)

“‘Best for You’ is definitely one of my favourites—it’s me writing a letter to my mother, trying to give her some reassurance. Nothing terrifies an African parent more than their child saying that [the arts] are the path they’re going to take—the lack of job security, etc. But my mother has been probably the most supportive. So [it’s about] reaching this point in my career where she doesn’t have to worry as much, and to say that ‘I’ll always do my best for you. I’ll never be a slacker, because of the kind of faith and support she has put in me—[in the context of a] culture where people still ask me today, as a grown-ass man, ‘Hey, did your parents agree with your choice?’”

“Vic and I connected years before, back in 2015, maybe. The song became just a bridge to us reconnecting. Music is powerful in that regard. The sentiment about that song is just the fearlessness that we’re trying to achieve. I know that ‘No Fear’ is going to end up in some movie soundtrack because it’s got so much musicality and aggression. If there’s a Black Panther 2, they’re better to put me in it. Because I can see when the fight is about to happen, in Wakanda, whoever, wherever, I can hear it—especially the end of the song where all these tribal sounds and drums come in—hey, man, I’m ready.”

“‘Weeping Clouds’ is one of those tracks that really epitomises who I am. When I talk about genre-blending, that’s exactly what it is—and also just being able to bury the message in musical goodness. Because we use this kind of Jamma-highlife rhythm in this stuff, but it’s still with the hard hip-hop in it. And this song actually came after a difficult death in the family. But I wanted it to feel celebratory, so I allowed the process to take me where I needed to go. It’s very marching band-meets-negro-spiritual, meets whatever-kind-of-thing in a more African way, or African context. I’m very proud of this song because it also was the reminder that I can allow myself to still be this person who is not afraid to do a song that’s not structured the way in which I know songs ‘should’ be structured.”

“This is another one just like the intro, in which we basically destroyed a song to rebuild it again. We were like, ‘We know we want it to be a moment.’ Because what I am saying is powerful, which is I’m just reflecting on being a unicorn. But then, because I was doing it during a pandemic, I’m reflecting on the fact that ‘lately I lay low, and I’m still on my unicorn flow’. And then I hit up my mother and told her, ‘Yo, can you send me a voice note telling me about how I was as a child?’ And she did it, and it was perfect. She hasn’t heard it yet.”

“I always had this great Rastafarian fascination. I’ve always loved reggae, and consciousness, and how they’re able to express super difficult things with simple messages. I think something had happened where I was telling a friend of mine, ‘Look, the truth lasts longer than a lie, so I don’t care what anybody else is saying about me, because my heart is clean and pure.’—and it sounded like some Rastafarian philosophy. Patoranking has always understood doing something that’s a jam but is meaningful. He understood the assignment.”

“This is me getting back into my storytelling bag. Every verse is me telling a story of just different people and going through a daily struggle in life. It’s one that I think will resonate a lot with people who have listened to me for a long time; they like it when I get into these narratives, reflective pieces.”

“The sentiments come from reflecting on a person who I think has got an incredible amount of loyalty. How do you reward a love who’s so loyal—how many ways can you? The sentiments are sometimes so pure, because I wasn’t looking for a beat for it, and I wasn’t waiting. Sometimes, it’s just about going about it differently. Just let the click play. It’s probably one of the most sentimental, mushy-mushy songs on the album, but it came from a true place, and that’s why we built it that way. You have to be a 360-degree human being.”

“I got really emotional when I created ‘Scars’. I had a couple of different things that happened close to me; a couple of difficult deaths, and then just personal things. When those emotions want to overwhelm me, I make up a song like ‘Scars’, because I don’t think trauma and scars are the same. Scars are healing from trauma—you’ve had trauma, but you’ve healed so that you have scars. Scars are not a bad thing. That’s why I said, ‘I have scars, but scars make me who I am because you have healed the trauma. So it’s maybe a healing song. And scars cannot be looked at negatively at all as far as I’m concerned. Because you made it through. It’s just a reminder. It shows you that you went through some real sh*t.”

“I think when I’m doing music by myself, I get very introspective. And then the first things that come out of my mouth are usually things like ‘Scars’ or ‘Blessings’. It’s almost like the words are moving uncontrollably through my body, but then I know exactly what it is because these are ideas I hold dear to me. My mother was a lawyer when I was growing up, but she is a pastor [now]. All I can think of is the fact that this kind of emotion can move everybody from my mother to everybody else. I felt it very powerfully. I needed the close of this album to have this kind of hopeful feeling to it—melancholy, but optimistic, too. The female vocal is by an artist from Ghana called Quayba. She just understood the emotion and delivered on it. I feel like it probably needs to close some of my shows.”

Continue Reading
You may also like...
Related Topics:Featured, M.anifest, madina