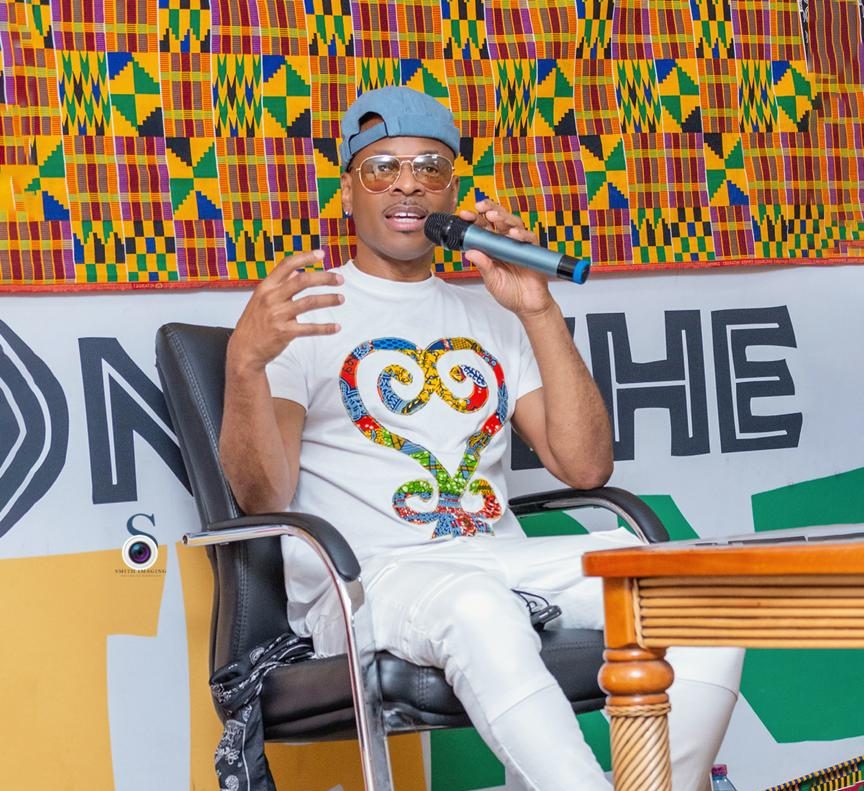 Multi-Grammy nominated Singer, Stokley, reveals he is working on a project with KiDi

Multi-Grammy nominated Singer, songwriter, producer and musician Stokley on Thursday, June 17, met with a team of media practitioners at the Accra Tourist Information Centre. The discussions included, but was not be limited to his forthcoming LP aptly captioned “Sankofa”. He also answered questions, shared his forecast/prospects for the second half of the year and the rationale for his visit to Ghana.

It’s been nearly a four-year wait for the follow-up to Stokley’s solo debut album, Introducing Stokley. In his address, the American singer announced his new album “Sankofa” is ready this summer.

The LP plays a host to already three singles, including his first-ever solo number one hit “SHE…,” the Snoop Dogg-assisted jam “Vibrant,” and most recently, the splashing duet “Cascade” featuring The Bonfyre – a project which came paired with an official music video.

The Josh Sikkema and Warf-directed video begin with Stokley having his mind wiped clear of a past lover by doctor Bonfyre. The procedure’s success is in question when he stumbles upon his ex’s belongings (earring, ring) that triggers a cognitive attack. Other parts of the video show the two singers performing in a club and rocking out in a warehouse with futuristic female dancers.

He also revealed that he is also in Ghana to shoot his music video which features lynx signee Kidi off the Sankofa Album.

The former lead singer of the hit R&B band Mint Condition stated he is now focusing on his solo career and gearing up to release his sophomore album via a partnership with Jimmy Jam & Terry Lewis’ Flyte Tyme/Perspective Records and Bluraffe Entertainment.