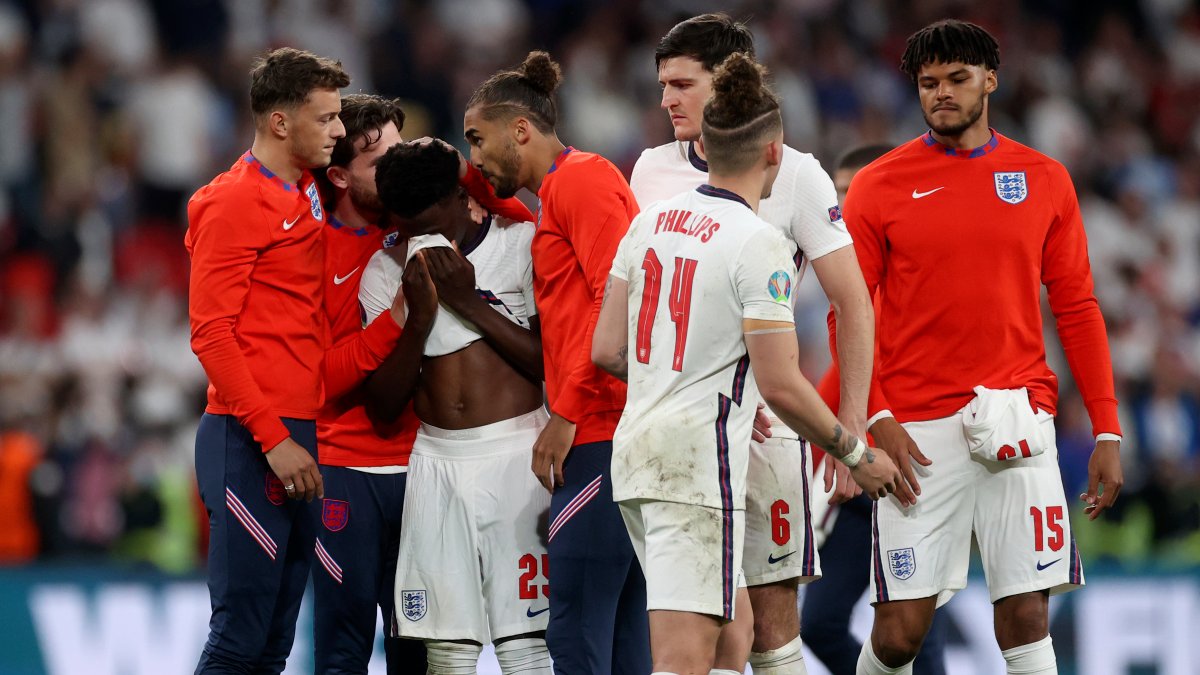 Three Black players who missed penalty kicks for England in the decisive European Championship shootout against Italy on Sunday night were subjected to racist abuse online, prompting the English Football Association (FA) to issue a statement condemning the language used against the players.

Bukayo Saka, at 19 one of the youngest players on the England squad, missed the penalty that gave the title to Italy and denied England its first international trophy since the 1966 World Cup.

It was England’s third straight failure from the penalty spot in the shootout, with Marcus Rashford and Jadon Sancho also missing.

The FA said in a statement it was “appalled” by the abuse of the three players. The team had taken a knee before games at the Euros to signal its support for an end to racial inequality, and the young, multi-ethnic squad won the hearts of the soccer-mad country before the shootout failure brought out the all-too-familiar messages of hate.

“We will do all we can to support the players affected while urging the toughest punishments possible for anyone responsible,” the FA statement said. “We will continue to do everything we can to stamp discrimination out of the game, but we implore government to act quickly and bring in the appropriate legislation so this abuse has real-life consequences.”

Rashford, who plays for Manchester United, noted the racial abuse he received on social media in May after the team lost the Europa League final.

England coach Gareth Southgate was criticized for his strategy of bringing in Rashford and Sancho off the bench to take penalties while star Raheem Sterling was sidelined in the shootout.

“They were the best takers we had left on the pitch,” Southgate said. “We win and lose together.”